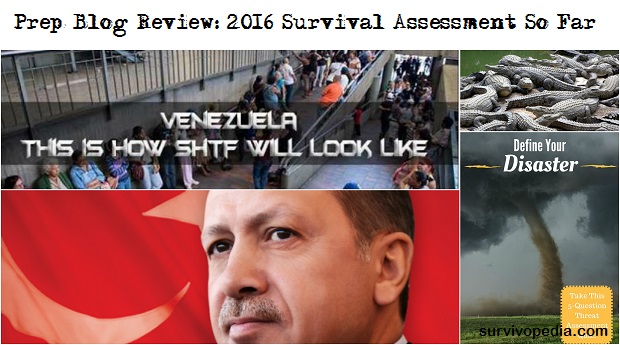 Seems like this year, on a global scale, has been straight out of one of our prepping guides.

Venezuela is a study case for economic collapse, food shortage, looting and anything in between. Riots can be found anywhere from our own country, to what we witnessed in Turkey.

And the most frightening of all, are the terrorist attacks all over the world – and it gets scarier by the day.  So, what are you prepping for these days? 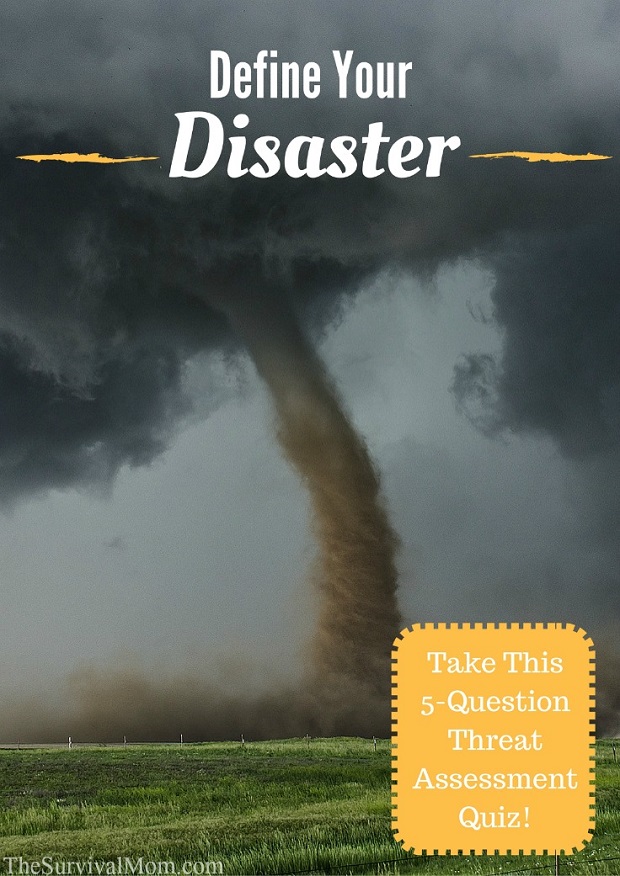 “Until I seriously became a prepper, the most likely disasters in my life involved my nail tech quitting or my husband insisting on a homemade dinner! How times have changed. Now when I think of disasters, I’m thinking more along the lines of The End of Days scenarios with an unsettling feeling they could happen now, in my lifetime.

For which disaster, or disasters, should I prepare? These days of hard, uncertain times it’s a little like playing the odds. Hmmmmm, should I prepare for a nuclear attack? If so, I’ll need an enormous amount of sheet plastic, duct tape, and I read somewhere that you’re better protected from fall-out if you have a few feet of earth piled up against your outside walls. Our HOA would just love that!”

Read more on The Survival Mom.

“Two years ago, Venezuela was a normal functioning nation, relatively speaking of course. It was by no means a free country, but the people still had a standard of living that was higher than most developing nations. Venezuelans could still afford the basic necessities of life and a few luxuries too. They could send their children to school and expect them to receive a reasonably good education, and they could go to the hospital and expect to be effectively treated with the same medical standards you’d find in a developed nation. They could go to the grocery store and buy whatever they needed, and basic government services like law enforcement and infrastructure maintenance worked fairly well. The system was far from perfect, but it worked for the most part.”

3. Potential Crisis Triggers Continue To Pile Up In 2016 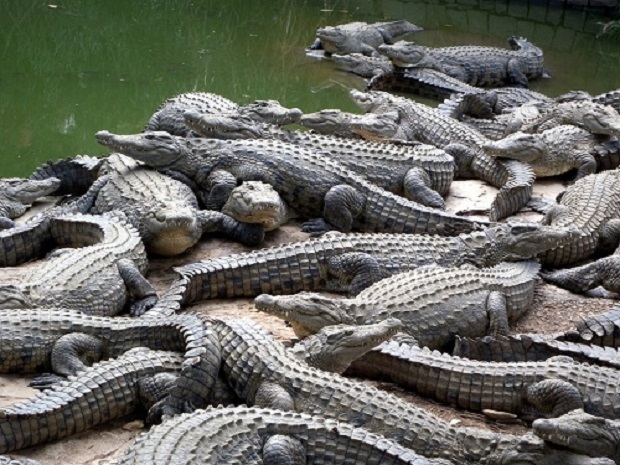 “We are a little over half way through 2016 and, at the current rate, it will be a miracle if the year finishes without outright catastrophe in half the nations of the world. Some might call these events “Black Swans,” some might call them completely engineered threats, others might call it all a simple “coincidence” or a tragedy of errors. I stand strictly by the position that most of the dangers we see today have been deliberately escalated, if not strategically implemented.

Here is the problem; international financiers and globalist nut-jobs are clearly operating on a timeline with the end goal of creating enough general chaos to convince the masses that complete centralized authority over every aspect of our lives is preferable to constant fear.”

4. Erdogan’s Staged Coup Has Resulted In A Purge Of 50,000 Teachers, Judges, Soldiers And Government Officials 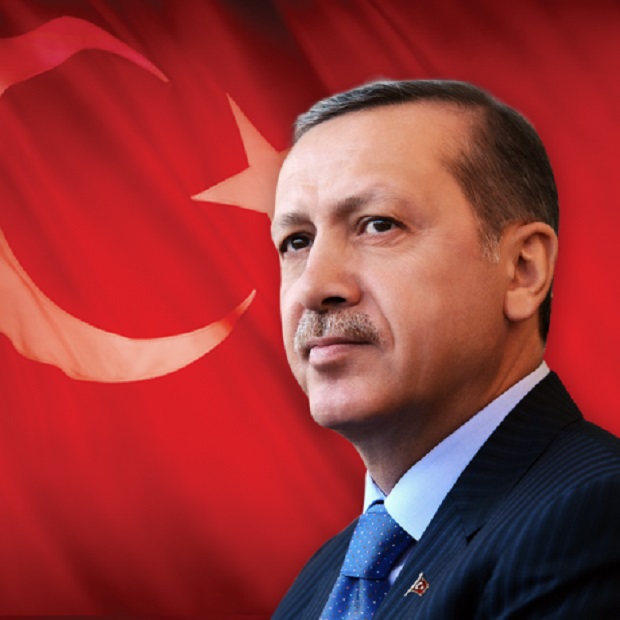 “Barack Obama’s “friend” in Turkey is a deeply corrupt radical Islamist dictator that has just staged a coup to consolidate his grip on power.  As I have reported previously, 1,845 “journalists, writers and critics” have been arrested for “insulting” President Erdogan over just the past two years, and a couple of years ago he had a monstrous 1,100 room presidential palace built for himself that is 30 times larger than the White House.  With each passing day, more evidence emerges which seems to indicate that the recent “coup” was a staged event meant to enable Erdogan and his allies to eliminate their enemies and solidify their stranglehold over the nation.  At this point the number of victims of “Erdogan’s purge” has hit 50,000, but the final number will not be known for quite some time.

Of course there is a possibility that the coup was not staged, but if it wasn’t staged it was the worst military coup that I have seen in my entire lifetime.  As Fox News has pointed out, not a single high level member of government was killed or detained…”

5. How California Still Isn’t Prepared for the Next Big Earthquake

“California is well-known for its diversity. The state is home to every race, culture, religion, or ideology that you could possibly think of. But if there’s one thing that all of these millions of people have in common, it’s that they are all well aware of the dangers lurking underneath the state. Everyone knows that someday, the “big one” is coming, and it’s going to bring California to its knees.

And not only is everyone in California well aware that the state is overdue for some major seismic activity, but everyone has known this for decades. It’s a very basic fact of life that is even taught to Californian kids when they’re in school. It’s not just something that Californians hear about on the news from time to time, it’s a story they tell to each other over and over again. The impending threat of the next big earthquake is ingrained in California’s culture.