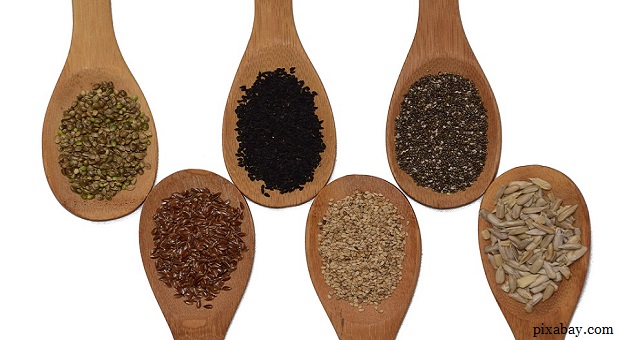 The first thing most people think of when you say protein is meat. And that’s true. Meat is the traditional source, but there are many other foods out there that contain it, too. You should have these in your survival stockpile because, depending on the emergency, fresh meat may not be readily available.

Now, before we get into this, we need to look at it from a nutritional standpoint, because that’s the most important thing. Amino acids are the building blocks of protein, and protein is the building block of muscle.

Your body uses protein for energy, muscle and tissue repair, and about a thousand other things. There are 20 amino acids, and 9 of those are essential – our bodies can’t make them so we have to consume them.

That’s where many non-meat protein sources fall short of meat, at least in the eyes of habitual meat-and-potato folks. Vegetarians would beg to differ, at least to a certain extent.

Most meat is what’s called a complete protein; that is, it has all 20 amino acids. Most non-meat sources aren’t, but that doesn’t mean that you can’t get all of them. You just have to eat more than one protein source. That’s OK though.

Another thing to consider, and another reason why you should store back-up non-meat protein sources, is that meat isn’t particularly portable. You can’t just toss it in a rucksack and trek off with it. Jerky, sure, but even that only lasts for so long, and it takes A LOT of meat to make a little bit of jerky.

Now that you know what you need to know nutritionally and logically, let’s talk about some good protein sources you should have in your survival stockpile.

All you need to add to these is water or milk, and you have a complete protein source. If you have cholesterol problems, you can buy powdered egg whites and they’re almost pure protein. Keep in mind that if you’re going to use powdered eggs to bake with, some recipes will require the whole egg, not the egg whites.

In addition to protein, eggs are a good source of fat, which your body can most certainly use as an energy source. They’re also packed with lutein and zeaxanthin, two top disease-fighting nutrients. Finally, they have iron and trace amounts of other minerals.

This is one of those foods that gets a bad rap because it’s not a traditional food. It’s sounds exotic and mysterious, and if you asked many people, they wouldn’t have any idea what it even is. Well, let me enlighten you. It’s technically a seed of a leafy plant sort of like spinach, though most people think it’s a grain.

I’ve had it in granola and as a hot cereal sort of like steel-cut oats. You can also pop it like popcorn, which was interesting to me because that’s my favorite snack. You can also add it to salads for crunch, cook it and season it up as a side dish, and use it to thicken stews or soups. You could grind it for flour, too, though it would take more than what’s really feasible.

But what about nutrients? Quinoa is a complete protein! Just as good as meat. It’s actually labeled a superfood because it’s so good for you.

One cup has 8 grams of protein, which doesn’t compare to the 43 grams you’ll get out of the same amount of chicken, but it’s still significant, especially considering it’s complete. It’s also a good source of fiber and fat, and is packed with minerals that you don’t get from many foods.

Iron, magnesium, copper, phosphorus, zinc, and manganese are at the top, and it provides at least 30 percent of your daily requirement of those. Stockpile it.

Nuts are a great source of protein; almost as good as meat, and they’re complete. Still, they’re good for you. 2 tablespoons of peanut  butter has 15 grams of protein. They’re also high-calorie and high fat, but a good portion of that fat is omega-3 fat – more in some nuts than others – and you need fat in your diet anyway.

Plus, nuts are a great source of minerals, including potassium and magnesium, which is a brain nutrient. Vitamins E and B6 are in there, too.

Since Nuts do go rancid after a while, you can always store nut butters such as peanut butter or almond butter. Best nuts nutritionally are almonds (by far!), walnuts, pistachios, cashews, pecans, and macadamia nuts. Really though, they’re all fantastic for you.

There’s a reason these are paired together, and it’s not just because they make a delicious combination. When you combine beans, which are low in the amino acid methionine and high in lysine, with rice, which is low in lysine but high in methionine, you have a complete protein source. Since both are cake to store and last for practically ever if stored properly, they’re must-have survival foods.

Sounds weird because they only have 2.5 grams of protein, but they contain all 9 essential amino acids. They’re another superfood and can be eaten raw, thrown into a smoothie, or used to thicken soups and stews.

I know I already mentioned chia seeds, but other seeds, including pumpkin seeds and sunflower seeds, are good sources of protein, too. They have about the same nutritional profile as nuts, but they do go rancid, so keep your stockpile rotated.

Depending on where you live, you may be able to scavenge for nuts and seeds. Pine nuts in particular are great for you, though they’re a lot of work to extract.

Choose smart and plan ahead your survival stockpile, as it will save your life one day!

If I’ve missed a good source of protein that should be stockpiled in my survival pantry, let me know in the comments section below.