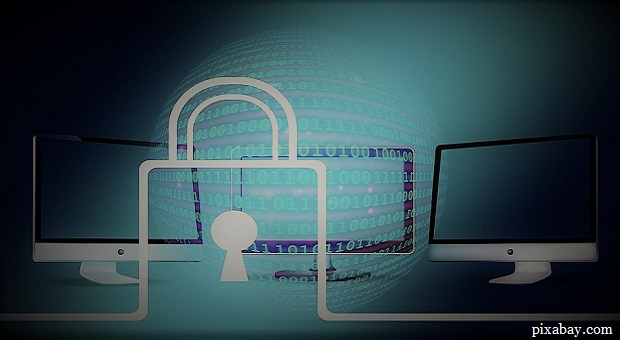 I sometimes wonder if Congress is capable of doing anything good in today’s modern society.

Between the courts creating law from the bench and the (former) president using Executive Orders, it seems that Congress is passing less and less laws, with less and less impact, these days.

Now it seems that they are more about spending money and increasing the size of government, than they are about actually creating new laws. Much of that ends up doing little more than causing problems, especially giving the various agencies in the Executive Branch an opportunity to create new regulations to control our lives and hamper businesses.

Part of the platform that President Trump ran under was the promise to reduce government regulations. One of his earliest actions upon assuming the presidency was to issue an executive order stating that for every new regulation any government agency promulgates, they must get rid of two old ones.

Trump is a businessman above all so, much of what he is doing is being done from that viewpoint. His war on regulations is a prime example of this. All regulations cost individuals and businesses money, so by reducing regulations, he is trying to reduce the cost to businesses, thereby creating a better business environment.

Government regulation has become the bane of businesses, especially small businesses. Large corporations can afford staffs of lawyers to read all those regulations and determine what actions the corporation must take to follow them.

But the small business owner can’t afford that. They have to depend on their own ability to understand the miles of red tape the government produces, a task at which they are usually woefully inadequate.

Yet the largest part of our economic growth, especially the creation of new jobs, comes from those small businesses. So by creating mountains of regulations, government agencies are stifling the very businesses which we need the most; those that are growing the economy.

Yes, there are places where we need the government to create laws and regulations, but the idea of the government putting their sticky fingers in every aspect of life and business is counterproductive. At a minimum, they hurt the economy, and at the worst, they destroy people’s lives.

Trying to protect one thing, like the environment, with more regulations, usually hurts some other part of society. Often an area that the creators of the regulations never even thought about (usually because that area is not part of their purview).

Herein lies one of the biggest problems of big government. In an attempt to protect society, government agencies actually stifle the very society they are supposedly trying to protect. They do it by not taking everything into consideration, when they create the new regulations.

I have to say, while a lot of the blame belongs to government agencies creating regulations, a fair amount of it belongs to Congress as well. Bills are getting longer and longer, becoming more and more complicated all the time.

Remember Nancy Pelosi’s comment that the House of Representatives would have to pass the Obamacare bill, so that they could see what was in it? The bill was literally too long and complicated for the members of Congress to read and understand. And look where that’s gotten us.

Like much of what comes out of Washington these days, Obamacare is a perfect example of the Law of Unintended Consequences. There have been countless problems with the rollout of Obamacare and countless people hurt by it. Have people been helped? Yes, especially those who had pre-existing medical conditions and those who were newly eligible for Medicaid. But it probably hurt as many people as it helped, if not more.

Did the creators of Obamacare know that it was going to hurt millions of people? We’ll never truly know. The cynical side of me says that they knew and didn’t care, purposely lying so that they could take that step towards socialized medicine. But my cynicism isn’t proof of anything and shouldn’t be taken as if it is.

Each and every law; each and every regulation, has unintended consequences. That alone seems to be adequate reason to avoid passing new laws and regulations, especially the massive ones that Washington is becoming infamous for. Maybe short, simple laws can be passed without a lot of that happening, but the monstrosities that we’re seeing today clearly can’t.

Of course, every major law being presented in Congress is becoming a media circus today, rather than a serious action on behalf of our government. Bills are being given deceptive names and descriptions, in order to gain public favor and push our elected representatives into passing laws that don’t do what their public image promises they will do.

The media, too lazy to really read the proposed bills and regulations, grabs hold of those printed sound bites and runs with them, creating a false narrative that is more propaganda than anything else.

Net Neutrality was one of those. Two years ago, during Obama’s second term in office, Net Neutrality was pushed through, not as a bill in Congress, but as a regulation promulgated by the FCC. To do so, the FCC had to take the stand that internet access was a public utility, giving them the right to regulate it.

But why was this even considered? Was the internet broken? Was there something seriously wrong, which Net Neutrality sought to correct? Or was this just one more example of the government meddling in things they didn’t need to meddle in?

The core of Net Neutrality was the idea that all information crossing the internet should be given the same priority and be sent along at the same speed.

Big companies shouldn’t be given any preference over small companies. At least, that’s the way it was sold to the American people. The whole propaganda campaign associated with Net Neutrality was to protect the little guys on the internet from the big guys.

But here’s the kicker; many of the biggest internet companies actually supported Net Neutrality. How does that fit in with reigning them in? You can be sure that those big companies didn’t support the idea out of altruism. There must have been some benefit to them, or they would have been speaking out against it.

There was an advantage. Net Neutrality only dealt with ISPs, Internet Service Providers. The big internet Corporations are their own ISPs, so they can readily avoid anything having to do with Net Neutrality.

But the little guys are controlled by it. So, the advantage actually goes to the very same companies which are supposed to be reined in by Net Neutrality.

This past week the FCC undid Net Neutrality, taking it back off the books and making things like they were before. I’d have to say, in today’s political climate, that was an incredible act of moral courage.

All too many times, bad laws and bad regulations stay in place, just because everyone is afraid to eliminate them and catch the political backlash for doing so.

What This Really Needed?

But it’s easy to sell a narrative like that, when the people who are consuming the propaganda are ignorant to the issue. And if there is anywhere where the average person has plenty of chance to be ignorant, it’s the internet. The colossus we refer to as the internet is too complicated for most people to understand. It takes years of study and training to even get to the beginning of truly understanding it.

My son is a high-level network engineer, working for an ISP. Even though I used to be an engineering manager, when he talks about his work, the bandwidth is so high, that I’m barely catching the bottom edge of it. The things he needs to know, in order to do his job, are so technical that there’s no way for me to follow.

Yet we have lawmakers and pundits trying to act as if they are experts on this highly technical field. They’re not. In many cases, all they are doing is spouting off their party’s talking points, while mixing in a little fear mongering for flavor.

Let me give you just one simple example of how Net Neutrality hurts everyone; the telephone. Today, most long-distance phone calls travel over the internet. Unlike movies, which are able to stream faster than they are viewed, spooling on the user’s computer to avoid interruption, phone calls can’t do that. They aren’t pre-recorded, they’re live. So they can’t spool. They have to go out in real time. What that means is that if telephone calls aren’t given priority on internet lines, there will be pauses in the call, caused by other traffic butting in.

Here’s another one for you. One of the major corporations who have supported Net Neutrality is Netflix. It just so happens that they are one of the biggest consumers of internet bandwidth, as high-definition video takes an enormous amount of bandwidth to transmit. What this means is that your search for anything on the internet is slowed down, at least to some extent, by Netflix streaming video to your friends, neighbors and others you don’t know.

Should Netflix have the same priority as someone who is trying to make a few bucks with their blog? Should they have a higher priority? Well, since they are such a big customer, they don’t have to work through an ISP. That means that Net Neutrality gave them an advantage over the small guy, trying to run his blog. Is that fair?

Eliminating Net Neutrality is going to have unintended consequences; I guarantee it. I’m sure that we’ll be hearing stories of it, compliments of the mainstream media. They were against the elimination of Net Neutrality from the outset, just because that’s the liberal point of view. So you can be sure that they’re already chomping at the bit to tell us all what a disaster its elimination has been, even if they have to stretch the truth to do so.

Even so, eliminating Net Neutrality is going to have positive effects as well, specifically for the consumer. Any time regulations are eliminated, it frees up businesses to be more competitive. So, chances are we’re going to see new products coming out of ISPs in the next few months.

What do you think?