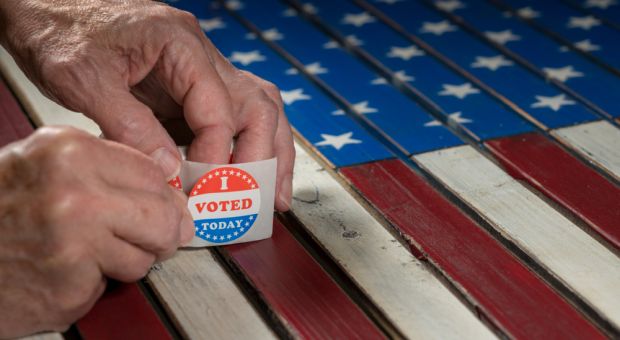 Mid-Terms And Why You Should Vote

Mid-term elections are looked at by many with the same enthusiasm as the junior varsity games.

Originally, the framers of the Constitution intended for the two houses of Congress to be the most powerful branch of our government. It was they who were to create the laws we all live under; the president was merely to enforce those laws and the courts judge based upon those laws. Sadly, Congress has lost much of its power through the years, abdicating it to either the Executive or Judicial branches of the government. Some of this was the fault of Congress, but some was also caused by political activism. 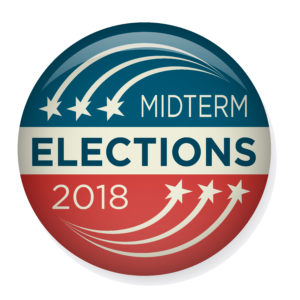 One of the basic differences in philosophy between the two political parties is the job of the courts. One party sides with the original intent, while the other says that the courts should rectify the “mistakes” of Congress. In doing this, they are nullifying the purpose of Congress. As long as justices with that view of their place in the grand scheme of things continue populating the courts, Congress will not regain their intended power.

The other way that Congressional power has dissipated is through regulation. The original intent of regulations was to allow the various departments of the executive branch to work out the details of how the laws that Congress passed would be implemented. But things have gone far beyond that now. In recent years, unelected bureaucrats, mostly of the progressive liberal persuasion, have used regulations to effectively rewrite laws, extending their power and authority as far as they could stretch it.

Congress has the authority and ability to review and reject these regulations, but before the presidency of Donald Trump, they rarely used it. Rather, they allowed the “experts” in these regulatory agencies free reign in interpreting the laws that they pass and implementing them as they saw fit.

More than anything, midterm elections are about the two houses of Congress, at least on a federal level. Yes, there are countless local and state offices to be filled as well; and every one of those affects our lives. We need good people at all levels of government, who will take their jobs seriously, acting in the best interest of their constituency, with integrity, honor, ethics and morality. Historically, the midterm elections tend to move Congress away from the sitting President’s party and towards the opposing party. While there is a tremendous push to make that happen this time, there is also a tremendous push to prevent it. Polls are confused and only the final count will tell what happens.

The Most Important Mid-Term

The truth is that our country is becoming more and more politically polarized each and every year. There’s no sense in me casting blame for who is causing that, as everyone has their own opinion. But the objective fact is that it is happening. The two main political parties are moving farther and farther apart in their platforms, providing the basic fuel for this division.

But it’s actually not the political parties which are causing the polarization, but rather public figures; specifically political pundits, with some help from well-known entertainers and sports figures. It is they that are pushing the political narrative in this country, much more so than the politicians themselves.

Sadly, the mainstream media has largely given up their Constitutional responsibility as the protector of our rights and has aligned themselves with one political party or the other. In doing so, more and more of what they are trying to pass off as “news” has become commentary and that commentary has become more and more strongly tilted to the side that their organization supports. They end up preaching to their own echo chamber, enforcing the beliefs of that party.

The result of all this is just more and more polarization, with less and less common ground. Even facts are no longer neutral, with each group picking its own facts to present, whether massaged or not, to support their position on an issue. They no longer debate issues, but speak their own talking points, using any subject as a springboard to go to prepared statements.

One of the major results of this polarization has been that more and more members of Congress are voting along strict party lines. There is less and less room for compromise. There are fewer and fewer issues which can be seen as bi-partisan. So whichever party controls the two houses of Congress has a huge club to wield against their opponents.

The Shift in the Parties

Polarization of the country’s political parties is nothing new; it’s existed since the foundation of this country. What is new is the platforms that the two primary political parties are standing on, as well as who they count on as their constituents.

When I was a young man, 30 or 40 years ago, the Democrat Party was the party of the common man and the Republican Party was the party of the managers and bosses. Both parties had both liberals and conservatives in them, although the Democrat Party had more liberals than conservatives and the Republican party had more conservatives than liberals. But there was enough of a mix in the parties, that it was common for members of congress to vote in agreement with the opposing party on individual issues.

Today, the major stance of the two parties is more about whether one is liberal or conservative. The Democrat Party is the progressive-liberal party and the Republican party consists of moderates and conservatives. Even the term “liberal” has changed, with the Republicans more closely representing the liberalism of John F. Kennedy, than the Democrats.

As we go to the voting booth, we are literally deciding whether the country will go in a more progressive-liberal direction or in a conservative one. That is something that has never happened to this degree before. That; and that alone, is what makes this election so important.

When we look at liberalism and conservationism in general, we see that the two are strongly connected to each other. The best way I’ve ever seen this explained was a political cartoon that I saw some 20 or 30 years ago.

The cartoon consisted of two boats, connected together by a rope. One, a large cruise ship, was named liberalism. It was going towards the left. The other, a rowboat, was named conservativism and its occupants were struggling to go towards the right, and no matter how hard they rowed, they were constantly being pulled farther and farther towards the left. The rope between the two was exactly 20 years long.

But conservatives aren’t trying to move things farther to the right. Rather, they are trying to get things back to where they were or to keep them the same. So liberals always have the advantage. They are making things change, and it is easier to get momentum in trying to change things, than it is in getting momentum to keep them the same. Conservative today find themselves defending positions that were considered liberal 20 years ago.

The Potential Death of the Two-Party System

I’m not trying to predict anything, or even say that one party is better than the other, although I have my own opinions on that. What I’m saying is that we’ve reached to a point where whichever party is in power holds pretty much all the cards. Democrats are better at twisting the arms of Republicans than Republicans are at twisting the arms of Democrats, but in reality, because both parties basically vote along party lines, the Democrats currently don’t hold a lot of power. That could all change with this election.

Ever since Barack Obama won the presidential elections in 2008, the Democrat Party has been losing ground. Not only have they lost ground at the federal level, but also at the state and local level. Should they lose badly in these elections, their influence will dwindle even more.

Be sure to vote, and be sure to vote what your conscience tells you is the right way to vote. Please don’t just vote your pocketbook. Please don’t just vote for the party of your parents. That party doesn’t exist anymore; it has changed. Vote for the party which stands on a platform that is in agreement with your personal beliefs. It should be perfectly clear to each and every one of us which party that is for us, individually. Make your decision, cast your vote, and then make sure that your vote gets counted the way you cast it.

We’ll see which side has more support when the votes are counted. 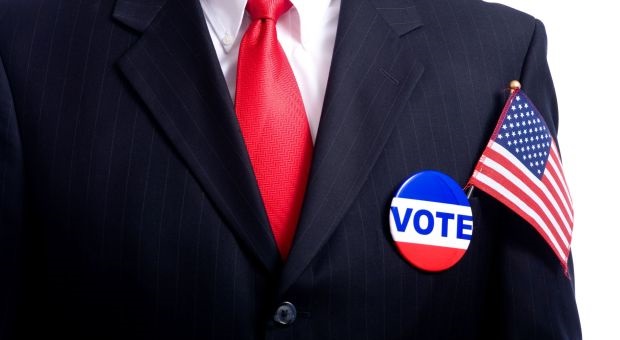