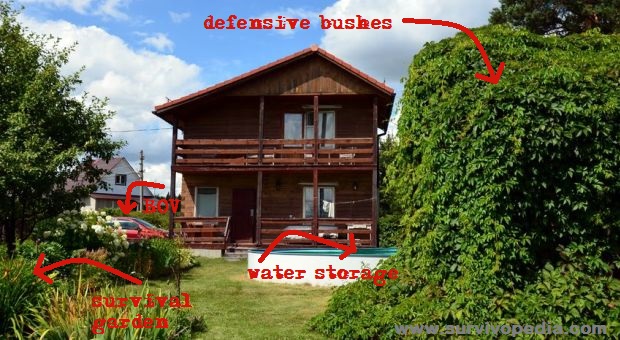 OPSEC: Surviving Based On Deception

If you’ve ever watched the hit TV show, Doomsday Preppers, you’ve probably wondered the same thing that I have.

What is there that would motivate those people, all of whom seem to be dedicated experienced preppers, to break their operational security and tell the whole world what they are doing?

Anyone who talks about prepping for long ends up talking about OPSEC sometime. This concept, which originated with the military, is all about keeping your plans and preparations secret. Using proper OPSEC can mean getting away with your plans, while failure to use it can mean that you are giving the opportunity for someone else to make their own plans; plans that aren’t for your benefit.

OPSEC is all about denying the enemy information. Considering how bad things can get after even a small disaster, thinking of others as enemies isn’t much of a stretch of the imagination. When those people become hungry and desperate, they could very easily turn into enemies.

So, how do we successfully deny those enemies information? We could write a book about that alone, but really there are only a few basic concepts which we need to keep in mind.

Visual security refers to making sure that you don’t look like a prepper. If you are one of those guys who has bought an armored personnel carrier or turned your SUV into one, you’d better have a good explanation for it. The same could be said if you’ve put a ten foot high cement wall around your house. That’s a sure sign that you either think you’re a top-secret government installation or you’re a prepper.

While it is important to have a good bug-out vehicle, as well as to make your home as secure as you can, you have to do so in a way that doesn’t wave red flags in people’s faces. The last thing you want to do is to advertise what you are doing. Find ways that will hide your actions and intents, so that nobody knows what is going on.

If you feel a need to have that ten foot high wall around your home, don’t give in to it. While the wall might be a useful help in protecting your home, you can accomplish just as much with a nice hedge of thorn bushes. People will be just as likely to avoid those thorns as they will the ten foot wall.

The secret here is to make everything look like something normal. One of my favorite tricks for this is to disguise your water supply like a kid’s swimming pool. Actually, just buy the swimming pool and make it your water storage. You can put a couple of thousands of gallons of water in one of those and nobody will be any wiser. Just make sure that your kids use it once in a while, so that it doesn’t seem suspicious.

Garages, basements, attics and backyards are great tools in keeping your actions away from prying eyes. If you bring home a truckload of food one day, then put the truck in the garage or backyard to unload it. You don’t need to make what you’re doing obvious and if you move your truck into and out of the backyard from time to time, to bring in compost for your garden, for example, then nobody will think anything of it when you do it one more time. 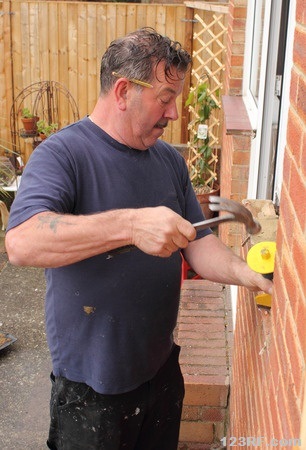 Did you know that most criminals talk themselves into jail?

It seems like all of us are afflicted with the gossip bug and the person we gossip about the most is ourselves. If you are going to talk about what you are doing, then you have no OPSEC.

People may just write you off as a crackpot now, but when things go bad, they’ll remember that you’re the local prepper. You can be sure that they’ll be quick to remember you.

Kids are a real problem in this regard. Fortunately, kids tend to think that however they live is normal. They won’t think it strange that you have an arsenal of weapons in your home; if anything, they’ll wonder why their friends don’t.

There is no way to keep kids from talking about something that is secret. So, the only way you can keep them from spilling the beans is to not let them in on the secret. That can cause problems, because you want your kids to be part of what you are doing as well, so that they can get trained.

Okay, that’s really not a problem, just don’t tell your kids why you go on so many camping trips where they learn survival skills or why you take them to the range to learn how to shoot. Let them enjoy the activities, learning the skills, without knowing the reason for learning them.

This brings us to another aspect of this verbal security; that of having a good cover story. If you build an underground bunker in your backyard, you’re going to have a hard time hiding that or explain it. However, if you start collecting wines and build a wine cellar, your neighbors won’t think anything of it, except maybe to joke about you and your eccentric activities.

You can use this same concept of “eccentricity” to explain away a lot of “strange” behavior. I used to be an engineer when I was younger. All of my neighbors know that my garage is really my workshop and that I’m always making something.

They’ve seen me make furniture, props for the school play and do remodeling projects on my home. They’ve also seen me make a rainwater collection system, so that I can use it to water my garden and build a vertical axis windmill, just because I wanted to see if I could do it. So, they expect their “eccentric neighbor” to be making strange things. To them, it’s become normal.

Being able to explain away your actions as something else is a time-honored means of hiding what you’re really doing. Intelligence agencies call it a “cover story.” If you can create credible cover stories for everything you do, then people won’t be assuming that those strange activities are signs that you are a prepper.

I’ve already mentioned this when I was talking about your kids, but I feel it warrants being mentioned again. Training is an important part of prepping. You can have the biggest stockpile of supplies going, but if you can’t start a fire, you may not be eating much. That means that you need to find ways of training, which don’t look like you are training.

If you have a cabin in the woods, you have an ideal training site. You can make it a habit to go to the cabin one weekend a month, and while there you can practice your survival skills, making it a game and including the kids as well. If you don’t have that cabin, you can do pretty much the same thing by going camping.

Weapons training is another important part of your prepping. Most cities have shooting ranges where you can go to practice. Except in extremely liberal areas (usually big cities in the North) that’s not all that abnormal an activity. Many ranges even offer tactical training events, where you can practice training as if you are confronting multiple attackers in a much more real life scenario.

Another way to get tactical training is to join an airsoft team. Airsoft is a sport which uses realistic looking guns that shoot 6mm plastic BBs. Unlike paintball, the action is much more realistic, following real combat tactics in their scenarios. That makes it ideal for your needs.