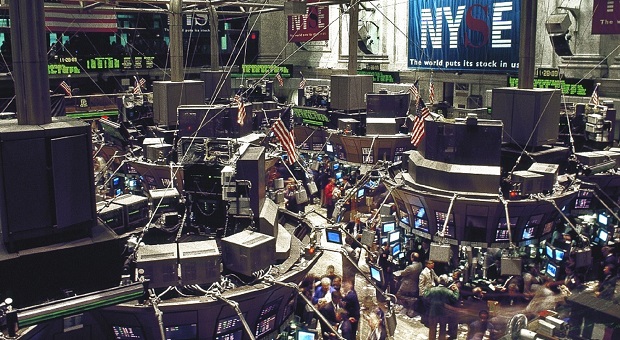 Regardless of the times we are going through, there are always those who have need of investing.

Actually, we all have need of investing all the time. The problem is that most of us don’t have enough extra money that we feel like we can invest anything.

Nevertheless, investing is one of the few means we have of providing any security for the future, so like anything else we do to prepare for trying times, investing helps secure our future.

Many are so busy with the stock market, that they don’t realize the only reason the Wall Street is doing so well is that the Fed has released billions of dollars of new money, as part of quantitative easing.

Quantitative easing merely means creating money out of thin air. It is based upon the idea that there is not enough money in the system and the Fed has to create more money to “ease the pressure” on the dollar supply. In reality, it’s nothing more than a government scheme to steal the value of our money.

When the government releases that money, there is no new value to back it up. So, what it actually does is to reduce the value of every dollar in existence. Since there are so many dollars that the government has issued, the amount of reduction in the value is minimal. But the net result is that today’s dollars will buy the same amount of goods that two cents could buy 100 years ago.

I don’t want to get into a big discussion about how inflation works, but this is the main driver or inflation, not market forces and businesses upping their prices, as we’ve all been taught. No, the vast majority of inflation comes from the government stealing our money by releasing more.

As long as the government continues doing that, the price of stocks, like everything else, has to rise. So, we see the stock market doing well and people say that the economy is doing well. But it’s all based on a house of cards. We literally have a stock bubble, like the housing bubble that burst in 2008. Only when this one bursts, it will probably be worse; especially since the stock market burst will be a secondary effect, caused by some other financial disaster.

Let me define something here. For an investment to be considered a “good investment” it must increase in value faster than the inflation rate. Not the “official” government inflation rate, which is false, but the real inflation rate that you and I pay for our everyday needs.

The official inflation rate that everyone points to is actually somewhat of a misnomer, as it is only one of many inflation rates. It is also false in that government officials are constantly messing with it, changing the various items which are included in it.

Since Obama has been in office, the “official” inflation rate has been hovering at about 1.5% per year. But the cost of food has been increasing by about 8% per year. So, which is true, the official rate, or how much more it is costing us to buy the food we need?

If an investment is going to help us get ahead, it has to increase in value faster than the money supply is decreasing in value. So, putting your money in a bank savings account is a very poor investment. All that does is slow the rate at which you are losing money. For that matter, a certificate of deposit (CD) isn’t much better. The interest earned is still way below the real inflation rate. 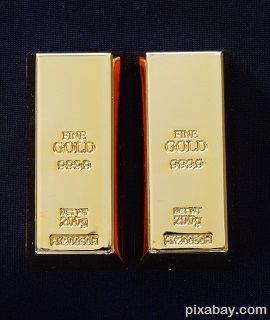 Historically, the only sound investments have been real estate and precious metals. These have always increased in value during times of crisis, especially times of economic crisis. You might be doubting that with the housing collapse that happened a few years back, but hear me out on this.

First of all, the housing bubble was something artificial. It was created by lenders being forced by Democrats to lend money to people who were a financial risk. As part of that, lending instruments, such as mortgages with balloon payments were created. It was a problem waiting to happen and it did. But for those who owned property before the bubble started forming and still own it today, their investment has been secure.

The other thing I have to debunk on real estate is that your home is not an investment. Oh, I know that everyone says it is; but that’s because they aren’t taking the mortgage into account. If you look at the total amount you end up paying to pay off your mortgage, there is no way you will be able to sell your home for that much. So, it really isn’t an investment. About all it does is slow the amount of money you lose.

People call homes an investment because they compare the buy price to the sell price. In that sense, they are an investment. But, for that to work, you have to be able to pay cash for the home, not buy it with a mortgage. As it is, your home and mine are investments for the lenders, not for us.

On the other hand, if you have enough cash to buy real estate outright and can hold onto it long enough for it to rise in value, buying that real estate is one of the best and most secure investments on the face of the earth.

Likewise, precious metals, specifically gold and silver are excellent investments. Oh, they may go up and down in value, but over the long haul, they will go up in value at least as fast as the true inflation rate does and usually faster than it does. Once again, the key is being able to hang onto the metal long enough that you make a profit on it. 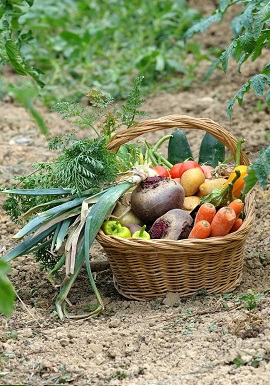 This one may seem a bit crazy to you, but hear me out. Food is one of the most common everyday items in our lives. We all need it daily and have to put buying food before most other expenses. Therefore, it will continue to rise in value and not go down. In any sort of crisis situation, where food becomes scarce, the value of food increases astronomically.

There are a number of threats against our food supply, including potential water shortages and reductions in the bee population. While fear mongers have been magnifying the importance of these occurrences, the underlying truth behind them is quite real. We could face a global food shortage at any time, especially considering that we have no control over drought.

During World War II, there were food shortages throughout occupied Europe. Germany was taking most of the food from the occupied countries, in order to feed their military. In order to get enough food to eat, many city dwellers went on vacation out in the country, visiting “relatives.” Those supposed relatives were farmers and the city dwellers would fill their suitcases with silver and other valuables, rather than clothes. They would trade those valuables for hams, sausages, cheeses and butter.

After the war ended and life returned to normal, the farmers dug up those valuables and took them to the city to sell. They had “bought” them for very little, as the value of food was high and the value of silver tea sets low during the war. After all, you can’t eat that silver serving dish. By the time they sold them, the relative prices had returned to normal. So, they got much more for them, than what they paid. Many farmers who entered the war poor, came out of it well off.

Even without food shortages, food goes up in value faster than the official inflation rate. So, if you buy food today and don’t eat it for a year, you will have made money on that food.

Let’s say you buy $100 worth of food and put it away. Obviously, this will have to be food that will keep well and that you will eat once you take it out of storage. In a year, that food will be worth $108. If you eat it then, freeing up money out of your food budget for other things, you will have gained $8. But if you keep that food for five years, it will be worth $146.93. That’s a gain of $46.93. There aren’t too many investments that can give you that sort of return.

Buying Without Drawing Attention to Yourself

So far, it’s legal to buy all the food, gold and silver you want, without it being registered on any government list or having the police coming around, knocking on your door. That’s not to say that those things can’t happen though. In order to avoid them, you want to keep your purchases as secret as possible.

Your first choice to make your purchase anonymous is to always pay cash. Cash is untraceable and cash transactions take place without your identity going into a computer. That puts up a stone wall, which not even the NSA can breach. So, as long as you deal in cash, you’re okay.

Speaking of cash, it’s a good idea to keep as much of your money in cash, rather than in the bank, as you can. There have been rumors of banks limiting the amount of cash that customers can withdraw, such as they are doing in Greece and some of the other countries that have been having financial crises. Better to keep as little in the bank as possible and keep everything else in cash, at least until you invest it.

Of course, if you want to buy over the internet, cash isn’t going to work; you’ll need something that allows you to transfer money electronically, such as prepaid debit cards. This can be tracked by the government, but it can’t necessarily be traced back to you.

If you buy these prepaid cards though the bank, the bank is going to want your personal information; putting it on their computer, where the NSA can copy it. But you can buy them in stores, without having to provide that information. Then, when you buy gold and silver with those prepaid cards, there is no way of tracing the purchase back to you. 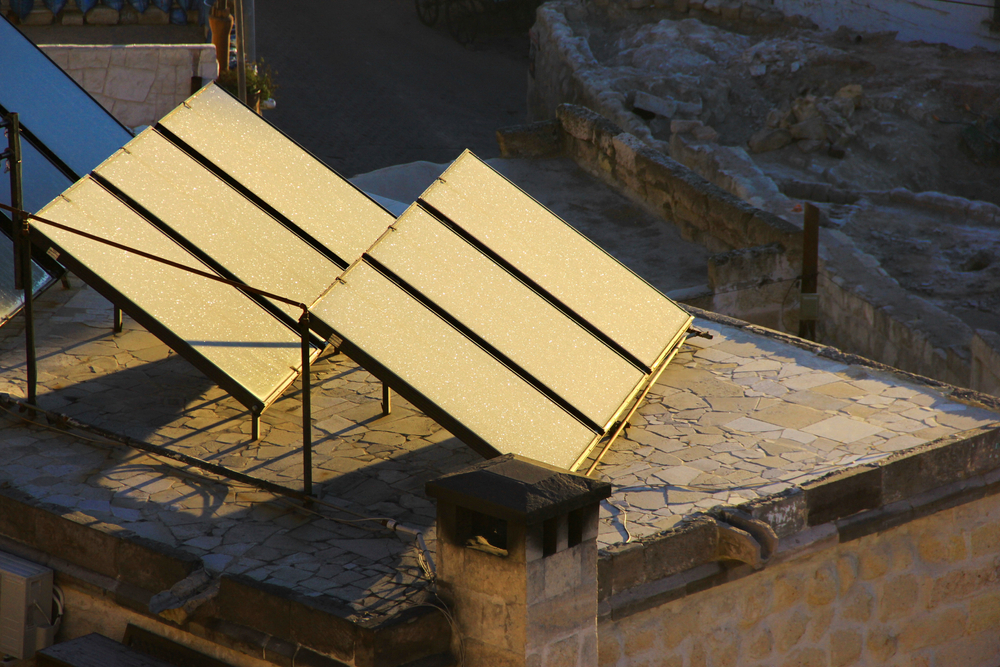 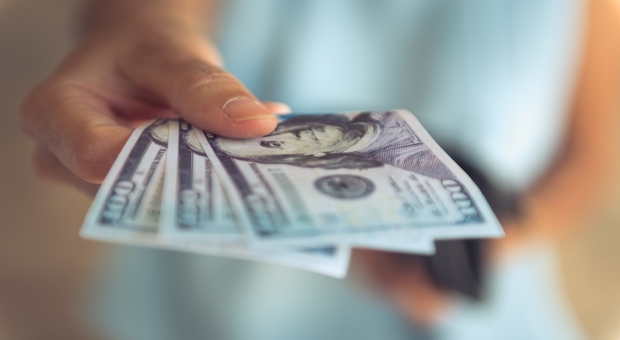 14 Uncommon Reasons Why Cash Saves You When SHTF 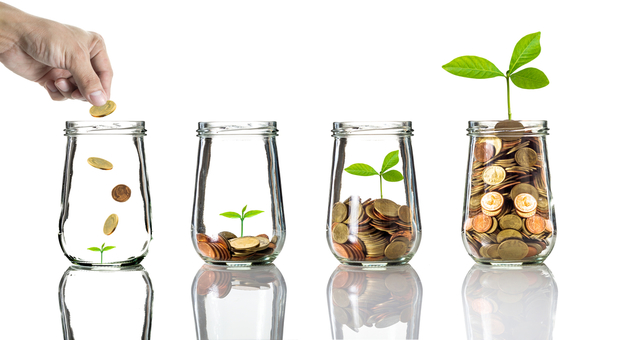 Financial Preparedness: Are You Prepared Enough?