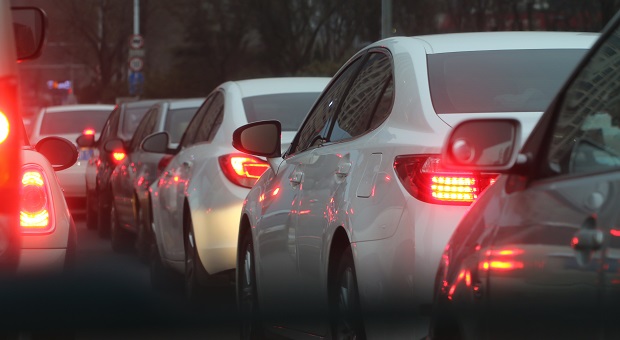 How To Survive When Jammed In Traffic

Survival situations come in all shapes and sizes. The one thing they all have in common is that they catch us by surprise. Simply driving to work or to the beach for the weekend can put you in an unexpected survival situation; that’s why we always need to be ready, no matter what.

This lesson came home to me in a very real way a little over a year ago. I was on my way to move my youngest daughter home from college, when I was trapped in a traffic jam.

Fortunately for me, I had an extensive emergency kit with me. But even so, most of that kit couldn’t do me the least bit of good. You see, I was trapped in traffic on a 22 mile long causeway in Louisiana. There was water and wood 30 feet away from us, but that was 30 feet straight down. All we had on the causeway were cars and irate drivers.

{adinserter aliveafteramerika}The traffic jam was caused by an accident where two semis crashed into each other a few miles ahead of me. This caused one of them to explode, shutting down the causeway for miles in both directions. But for those of us who were stuck on the causeway, there was no simple solution.

I imagine a bug out situation would be similar. Miles and miles of cars, sitting on the highway, waiting for something up ahead to open up, so that we could all drive down the road. While it may not seem like much of a survival situation, it truly is. It may even be more challenging than surviving once you get to your bug out location. 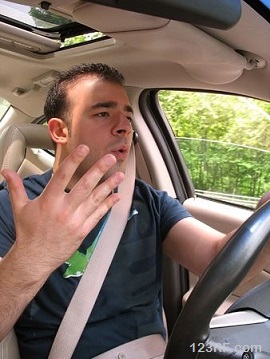 The first thing any of us need to take into consideration when dealing with a bad traffic situation is that road rage is real. People get frustrated at the situation, take it personally and become mad. It’s not so much that they are mad at any one person, but rather that their frustration turns to anger, when they can’t figure out how to deal with the situation.

When road rage takes over, people become unpredictable. They are likely to lash out in fits of violence, striking out at the first target of opportunity. That could be hitting someone’s car with their fists or a tire iron, or pulling a gun and threatening people to get out of their way. Like I said, they’re unpredictable.

So, you’re better off being quietly prepared. In other words, get your gun out and keep it close at hand, but don’t let anyone else see it.

Keep a close eye on your own emotions as well. You and I are just as susceptible to road rage as anyone else. We don’t need to allow the situation to get us frustrated. That could put an end to all our bug out plans. Don’t worry about the time, stay focused on surviving.

Protecting Yourself from Attackers

With road rage being a real possibility, you need to be ready to defend yourself and your vehicle. The first and easiest way to do that is to make sure that everything is locked. Doors locked and windows closed offers you the best protection that your vehicle can offer.

Try to stay inside your vehicle as much as possible. When you get out, you’re vulnerable. Of course, to do that, you need to be able to get to your survival gear from inside the vehicle. Rear seats that fold down offer an opportunity for this, just as a sliding glass window on the back of a pickup truck can make it easier to get from the cab into a camper shell on the back.

You also need to be concerned about anything you have attached to the outside of your vehicle. If you’re in a bug out, you can be sure that the vast majority of the people on the road aren’t going to be as well prepared as you are. They may look at you and your vehicle and see it as a source of supply. That could lead to them trying to steal from you.

If you have things tied all over your vehicle, they should be locked as well. Ropes and bungee cords can be cut easily enough. Run a cable through it and lock it to a hasp or eye bolt with a padlock. Don’t make it easy for others to get what you have.

Having things locked up and out of reach will stop most people, but there are always those who see that as a challenge and will want to get to you anyway. For them, you need to be ready to defend yourself.

Firearms are the best solution to that, as those people will probably be armed as well. You should hopefully have the advantage of more practice to see you through, although a show of force will cause most of them to back down.

Have Your Vehicle Prepared 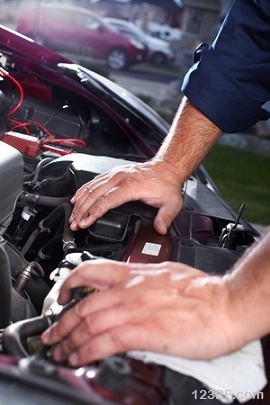 Like any other survival situation, having the right stuff with you makes all the difference in the world. While it is possible to survive with what you can find, it’s never as easy. You’re much better off if you have some basic survival gear and supplies with you.

That also means keeping the gas tank as full as possible. I discovered years ago that it doesn’t cost any more to keep the top half of the tank full, than it does to keep the bottom half full.

Many people never truly fill their tank, but just put 5 or 10 dollars worth in at a time. I keep mine full. When it gets down to the point where it’s getting near half a tank, I start looking for a gas station. That way, I always know that I have half a tank in reserve.

I also keep a few five gallon cans filled at home, rotating them so that the gas doesn’t get old. That way, if I have to bug out, I can throw them in the back of my truck, just in case. I’ve made brackets in the back of my truck to hold them, so that I don’t have to worry about them sliding around or tipping over.

Always Have a Good Survival Kit 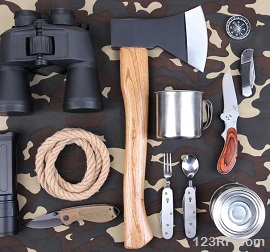 Since you never know when a survival situation might present itself, it’s safe to assume that you won’t know what you’ll need for that situation either. So, it’s a good idea to make sure that you’re ready for anything. That means having more than just a little survival kit in a coffee can; it means having an extensive kit that will cover every need.

When I was stuck on that causeway, I had my emergency travel kit with me. This is in a backpack and is essentially a bug out bag. But you know what? It wasn’t enough. We always assume that we’ll have a source of wood and water when we build a bug out bag.

Like I said, the wood and water were there, but I couldn’t get to them. That meant that while I had food with me, I couldn’t cook one bit of it. I didn’t have any fuel.

When traveling, you have to be totally self-contained for survival. That means having everything you need. You’ll pass through a variety of country and not all of it will be hospitable. Even if the resources are available, having to abandon your vehicle to go get those resources could mean losing your vehicle to the mob of other travelers.

I’ve added a Esbit stove to my backpack since then, along with the necessary fuel tablets for it. That way, I can always be sure of being able to cook. I’ve also increased the amount of water that I carry in my vehicle. As far as I’m concerned, there’s no such thing as too much water.

The best thing you can do in any traffic jam situation, whether caused by an accident or due to a bug out, is to get away from the crowd. Once you are sure that you are in such a situation, start looking for an escape route.

If that means taking out across country, do it, as long as your vehicle can handle it. If it means pulling off the highway and finding a safe place to camp, do that. Sitting in traffic doesn’t help you and can make you vulnerable.

I wasn’t able to pull out of traffic when I was on that causeway in Louisiana. But I’ve had many another similar situation where I could. I always took the option of getting off the roads and to a place of safety. That ultimately saved my time, gasoline and heartache.

Once I was caught in the Rocky Mountains in a storm. A major accident shut down the highway, so I got off. It turned out that I managed to get off just in time, as it seemed that I got the last motel room in town. While everyone else was stuck on the highway, I was sleeping in comfort.

In the morning, I took off again, because the accident had been cleared. That’s not to say that the highway had been cleared though. There were hundreds of cars stranded on the road, cars belonging to people who had run out of gas, running their engines to keep warm. They weren’t prepared, didn’t take the appropriate action and ended up suffering for it.

I don’t know if any of those people died from the cold temperature, but they could have. Their stubbornness in sticking it out on the highway worked against them, preventing them from taking care of themselves and their families. Had they just taken a few precautions, or even gotten off the highway, they would have been in much better shape.