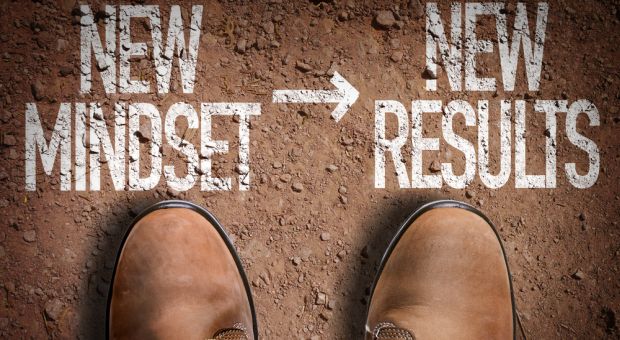 How To Develop Your Situational Awareness – Lessons From The Intelligence Service

A “friend of ours” asked recently on Survivopedia’s official Facebook page: how do you guard yourself against the deterioration of morale during an extremely challenging ordeal?

My answer is pretty simple: until morale improves, the beatings will continue.

Joke aside, today’s article is a little bit more philosophical. Bear with me, I’m having a good day and I’ll try to share a few interesting thoughts with my regular readers, if I have one. Firstly, what is prepping after all? It’s just a punch line, a marketing logo or is more than that? If you ask me, prepping is much more than stashing gear and stockpiling food and what not.

Preparedness as a state of mind means that you must change your perception about the world. You know, nobody can be told what the Matrix is, you have to see it for yourself. Take the blue pill, i.e. keep reading.

The problem with our modern brave-new-world society is that people tend to be lured into having a (fake) sense of prosperity and/or security, which truth be told, is provided by multiple factors, including our highly advanced (technologically speaking) society, the uber-protective nanny-state and the “snowflake-like” society. You know, safe spaces, sensitivity training, all that crap. There’s an old saying which reads something along the lines of:

The cycle rinses/repeats ad nauseam, as we never seem to learn from past mistakes. It’s just basic human nature I guess.

Getting back to our topic, a prepper’s state of mind is not pessimistic, not by a long shot. Au contraire, preppers seek (and hopefully achieve) peace of mind and situational awareness through “superior fire power”, if you know what I mean.

And I’m not referring to “guns, lots of guns”, but to that sense of personal freedom, security and self reliance a man can achieve in this life by learning all sorts of “survival” skills. In my book, skills are more important than gear. “Omnia mea mecum porto” means that knowledge trumps everything else, as in “it’s the ultimate power in this universe”. As you can imagine, I am not a follower of that saying: “He who dies with the most toys wins.”

What makes a “prepper” different from the average Joe is the lifestyle and the mindset. A prepper can be regarded as an independent thinker, a free man on the land, making his own decisions and not expecting a helping hand from the government.

While prepping is serious business (I’m not downplaying stockpiling, far from it) I am aware of the fact that I’m not Rambo (neither do you) and skills are way more important than gear.

Having a plan (your own plan, to suite your personal needs) is the corner stone of prepping; also, knowing the difference between reading a “survival” book and actually doing something meaningful in real life (like learning how to hunt/fish/dress game/make a fire in the wild/ etc) will get you closer to that prepper’s state of mind I am talking about.

Characteristics of a Genuine Prepper

Saving can be defined as prepping in its purest form, provided we’re talking about a belief system or a mental tool. The point is, one must carefully analyze every decision that he/she makes, in order to fully comprehend all the ramifications of one’s actions, especially regarding a potential survival scenario, i.e. learn to concentrate only on the essential items for survival in a SHTF situation.

If you have a saver’s mindset, that means you’re a prepper in everyday life. And obviously, a saving-type of personality is crucial when it comes to any survival scenario. If you can live on your own stash and/or by using survival skills for as long as possible, and if you can live on the least without complaining much, then you’ll be capable not only to survive, but to thrive, and you can call yourself a prepper my son.

Be aware of what’s going on in the world, about the global economy/financial system, prioritize, remember the rule of three’s : you can survive for three weeks without food, for three days without water and for three minutes without air to breathe.

One of the most important things a prepper should achieve is situational awareness. This means that you must be aware at all times about what’s going on around you. In order to “learn this power”, you must train both your eyes and your mind, so you’ll be able to instantly indentify all the small yet crucial details in a given situation, while anticipating people’s reactions and assessing potential threats in various scenarios. I know, it sounds complicated, and maybe it is. But that’s the discipline.

My motto is: the best way to win a violent confrontation is to avoid it. Hence, start practicing reading body language.

Speaking of reading body language, the best way to start learning this skill is by reading your co-workers/colleagues reactions. More precisely, try to analyze how their pitch of voice, posture and their facial expressions tend to change when they’re hungry, tired, excited and so on and so forth.

You must study these aspects on people that you know well, because they are generally true when trying to read people you don’t know. Observe how people in love are reacting, but also watch people arguing, learn what the body language says about their state of mind, in good and bad situations. You must concentrate particularly over the eye’s movements and the movement of the skin around the eyes, because that old saying “the eyes are the windows to the soul” is correct; well, most of the times.

Prepping is like eating an elephant: one bite at a time. Learn new things, don’t be afraid of what you don’t know (yet). Be open to new ideas, make new friends, expand your horizon. You can always learn new skills and acquire them with practice

The golden rule is to be tough as nails, or as close to that as humanly possible. Don’t get me wrong though. By being tough, I don’t necessarily mean having a high tolerance to pain or being strong as a bull, physically speaking. I am talking about toughness in the “old school” way, i.e. a true prepper should be able to withstand harsh environments without whining and without losing his/hers survival abilities.

Basically, you should be able to remain functional and to perform well when you’re in a tight spot and you don’t benefit from all the comforts and luxuries of our (still functioning) modern society.  I mean, bootcamp toughness.  Like, fasting on Fridays, going hiking/running when it’s snow/cold/rainy/miserable outside, getting up early in the weekends and working outside (chopping wood for example) even if you have a cold. Seek discipline and find your freedom, i.e. try to not talk (at work for example) unless someone asks you a direct question. Get tough using incremental steps, as in start with being uncomfortable when it comes to little things in life (don’t use the AC in the car during summer or heating in the winter) and go from there; choose the “hard way” when doing physical activity, stop being lazy, don’t get distracted, don’t get spoiled.

You know that “don’t be negative” saying, which has become almost a stupid cliché due to overuse by “flower-power” types; however, it holds true for survival, and also goes to a prepper’s mindset ; when it comes to survival via situational awareness, one should be a part of the solution, not a part of the problem. Hence, don’t try to criticize everything, nor be negative all the time.

When working out, choose dumbbells over machines, walk instead of drive to work, run outside in the park instead of mimicking a hamster on a treadmill indoors; basically always choose the harder/the more natural path, adversity over comfort and so forth and so on

All these things will help you a lot in achieving the prepper mind set I am talking about, and by extension, situational awareness in every aspect of one’s life, 24/7/365.

If you think I am exaggerating with this “be tough” mantra, just think about how your life would be AFTER the worst case scenario SHTF moment. Yes, it will be way beyond difficult, trust me on that.

In closing, let me give you my usual “words of wisdom” routine: prepping is not about the destination, it’s about the journey. And the proper state of mind of a prepper is that whatever may come my way some day, I’ll be able not only to barely survive it, but to thrive. 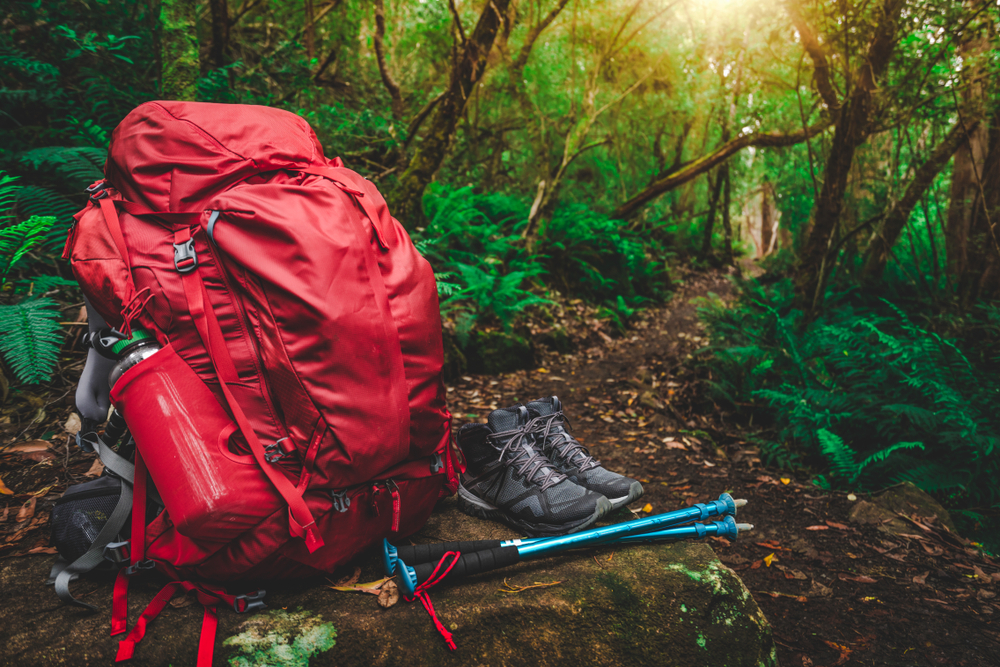 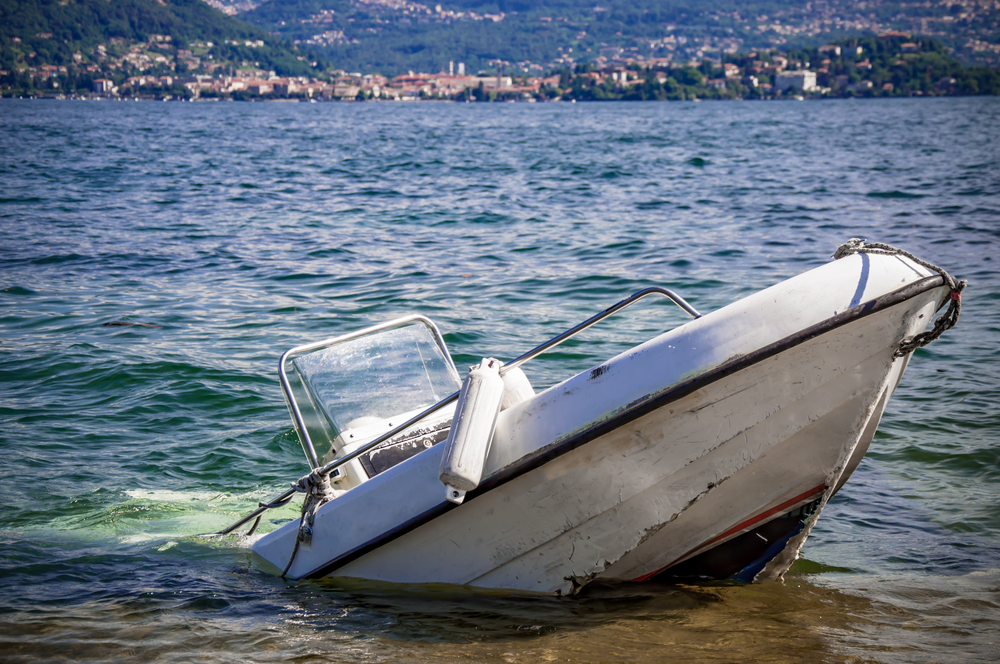