One of the many debates which rages in the prepping and survival community is that of where to go, when a disaster strikes.

Part of that is the bug out vs. bug in question, but another part of it deals with where to hunker down, if you’re not heading for the woods. Tied in with that is the question of whether or not you are in a rural area or an urban one. Let’s look at some pros and cons to these important questions.

First of all, let me say that there is no one perfect answer for everyone. Survival isn’t a “one size fits all” sort of a game. There are just too many variables involved; such as your family’s specific needs, the type of disaster you’re facing, your personal living situation and your survival skills. For that matter, there may not be one perfect answer for you, which fits you in all scenarios.

With that out of the way, let me say that this question actually breaks down into three different zones, not two; at least in my mind:

There’s a huge difference in population density between suburbia and center city. In survival terms, that means a huge difference in the ratio of people to resources. The same can be said for the difference between living in an apartment complex (especially a hi-rise one) and a house. That ratio is critical for those who aren’t prepared and even affects us who are.

Ultimately, your decision as to where you are going to go in a disaster, including your home, has to be based upon your family’s chances of survival. You want to pick out the one place which will give you the best chance of survival. That could change over time, so it’s an issue that you will want to revisit, at least mentally, on a regular basis, especially during a time of crisis.

So, what are the major factors that affect how good a location is for your survival?

I realize that’s quite a long list, but understanding each of those items is critical to understanding how safe your area is, in the event of a disaster. Not only that, but you have to have a fairly good handle on how those things are in the area you are considering relocating to, in order to make an informed evaluation of the situation.

Many people have the idea that rural areas will be better off in the face of pretty much any disaster, more specifically, they think that rural communities will have an abundance of food. That depends…

Overall, the ratio of people to resources is likely to be better in rural communities, simply because of the lower population. But the question is, what sorts of resources do they have? A ski town in the Colorado Rockies can be rightly considered a rural community; but unless you want to try living on a diet of snow, they might not have anything to help you survive. All their food is probably trucked in, so they may have less than you would find back in the city.

On the other hand, rural communities are less prone to violence, at least of the criminal sort. By and large, criminals stick to high population areas, as it is easier for them to hide in those communities. Rural communities are also more likely to have a conservative population, which has no compulsion against using their guns to protect home and family against attack.

But those same communities are less likely to be trusting of outsiders. If you show up at one, in the wake of a disaster, there’s a good chance of them sending you packing. That is, unless you have already managed to integrate yourself into the community before the disaster struck. If you know people and have prepared a survival cache in the city, you have a good chance of being accepted. 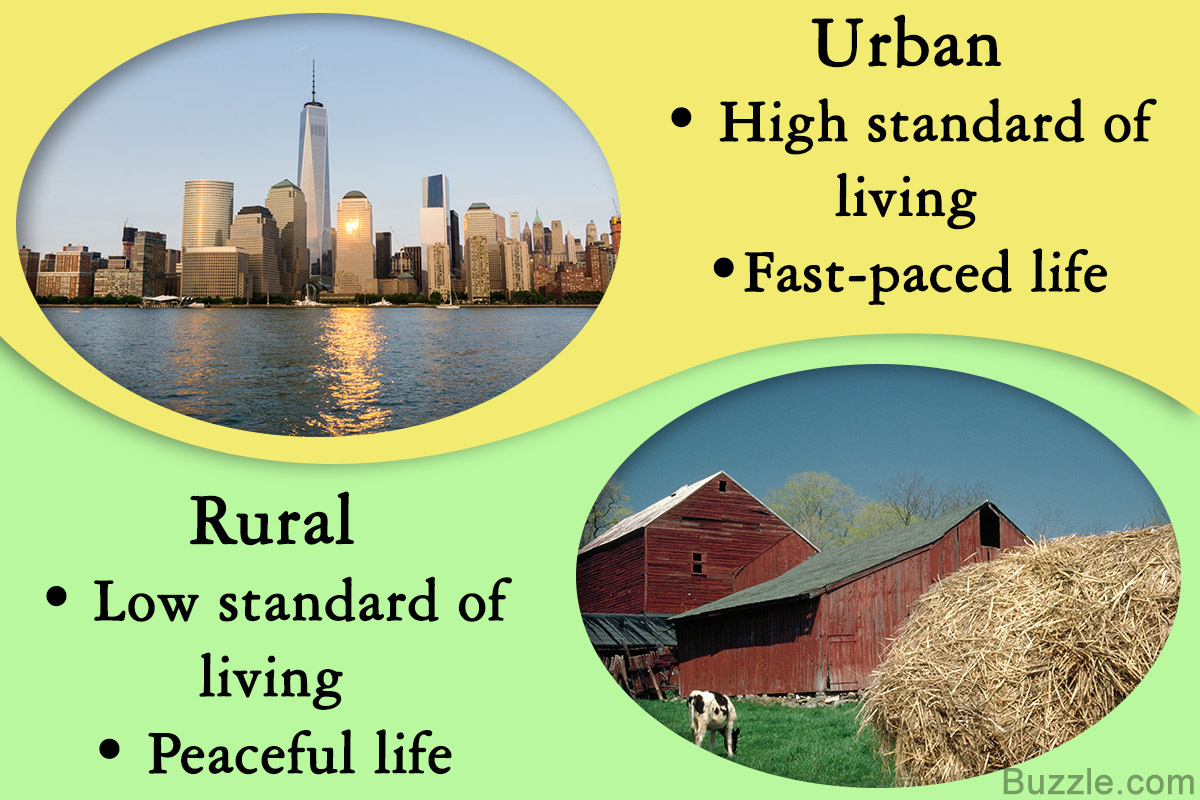 Many people are more comfortable in urban areas, because they’ve always lived in those urban areas. There are people in this country who live in the same city they lived in all their lives, often within blocks of where they were born. They know the city like the back of their hand, which means that they will know what areas to avoid and where to find resources.

What resources we have as a country are largely stockpiled in cities, not rural areas. While farmers may grow the food, food processing plants tend to be in cities. So are the warehouses of the distribution companies that sell that food to the grocery stores. The problem for most people, is that they don’t know where to find those resources. They’ve never taken the time to map out the various warehouses in their own community, to find what they might have, which would be useful in a survival situation. The only source of food they know, is their local grocery store.

On the flip side of the coin, there are two major resource problems in big cities; water and the lack of available land. Unless you happen to live near a lake or river, you may have absolutely no access to water, if the city water shuts down. If you live in an apartment, you may not have any way of harvesting rainwater either.

The standard strategy discussed for long-term survival is to use gardening to augment and eventually replace your food stocks. Yet gardening of this type takes a lot of space. If you live in an apartment in the city, that might be difficult; not impossible, just difficult.

The third major area to be considered is suburbia. I believe that most of what I read that is written for the prepping and survival community is written for preppers who live in suburbia. There seems to be a general assumption that preppers live in private homes that they own, on good sized lots. Obviously, that’s not talking about center city areas.

But there’s a very valid reason why there’s so much focus on suburbia in the prepping and survival community. That is simply that a suburban home is a much better survival shelter than one in the city and far outshines living in an apartment.

While a suburban home is not an ideal homestead, it does provide the potential for homesteading. We’ve all heard of stories of someone growing all their own food in their backyard. While not common, there are enough people who have done so, to prove it is possible. I’ve even read of cases of people who did so in the backyard of a 1/5 acre lot. That’s not a whole lot of space.

Going back to my point about the ratio of population to resources, we find that this is usually pretty good in suburban areas, sometimes even approaching that of rural communities. At the same time, there are plenty of those warehouses that I was talking about a minute ago, at least some of which are bound to have food and other useful resources in them.

So, What’s the Best Solution?

As I said at the beginning of this article, the best decision is going to depend on a lot of personal factors. Only you can decide what is best for your family. Nevertheless, I think that we can make a broad evaluation, based upon the information presented above.

If the question is between a rural town and the inner city, I think the rural town wins, hands down. There are two reasons for this:

The first is the ratio of population to resources and the second is the improved level of security from two-legged predators. However, it will take time and resources to establish yourself in a rural community, so that you will be accepted if you have to bug out and go there. You can’t just expect to show up and be welcomed with open arms.

When we change the equation, adding in suburbia, the results change considerably. For those living in suburbia, there isn’t as much of an advantage of leaving their home and going to a rural area, unless they are moving there permanently. A suburban home offers too many opportunities for homesteading, turning your home into a true survival retreat. Leaving that, in order to go to an area where you would essentially be starting over, with nothing more than what you can carry and what you have cached, doesn’t make sense.

On the other hand, probably the best solution, for anyone who can manage it, is to sell your home in the city and move to that rural community now, buying a home with enough property that you can turn into a true homestead. Then, invest the time and effort necessary into that property to make it into the survival shelter your family really needs. This means:

The other advantage of this solution is that you can then invite your like-minded friends in the city to join you, as part of your survival team. That would provide them with someplace to go, as well as provide you with the help you’ll need to defend your home and do all the tasks necessary for survival. 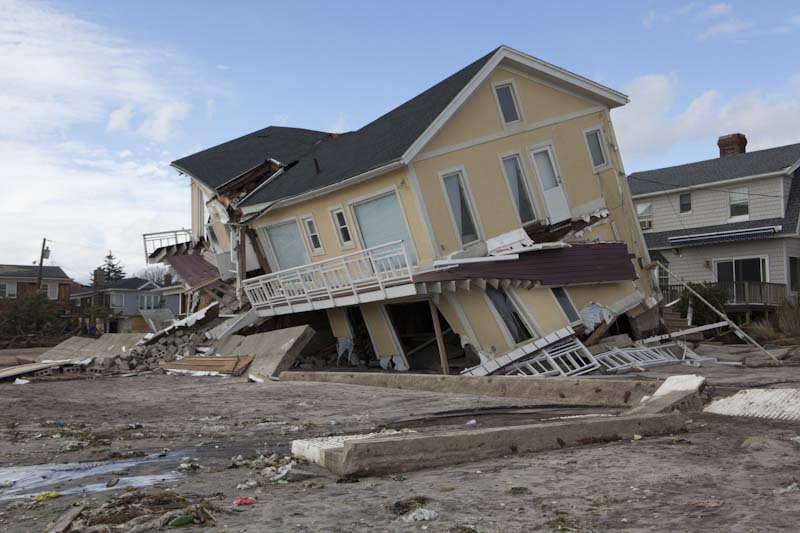