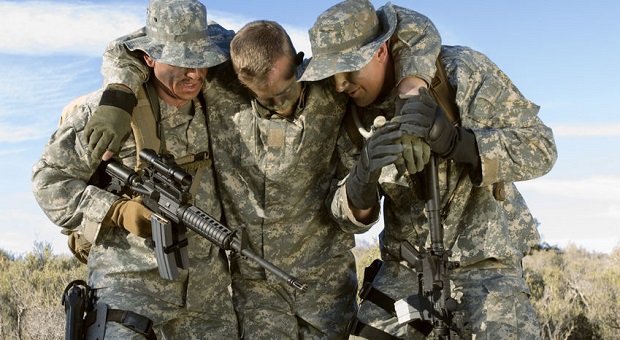 Leave No One Behind: How To Carry An Injured Person

Murphy’s Law will be proven to you in your first bad emergency injury situation. Anything that can go wrong usually does in some way or another, sooner or later, in any emergency.

You are in a SHTF scenario or a bad bug out expedition and you are on foot but you absolutely must keep moving or you won’t make it, but your companion is suddenly down with a bad enough injury where they can’t move under their own power. Then, as they say, you are seriously stuck between the proverbial ‘rock, and a very hard place’.

Depending on the particular surrounding situation you might not get away with just doing first aid, keeping the victim warm and comfortable, and leaving them in place while you wait or go for help. There might not BE any help anymore like there once was. And it’s up to you, alone, to make a critical decision.

There are several ways to extricate and carry an injured person from one location to another varying by circumstances and amount of others to help and available resources. Here we’ll deal with a couple of the most common and easiest to perform individual carry techniques in a stressful situation where you would have to move fast for safety concerns. Knowing these professional ‘tricks of the trade’ might make all the difference in the world.

Firefighters and First Responders are amazing heroes. The way they do things has endured the test of time and every conceivable adverse and complex scenario imaginable. There’s no need to second guess them. If a firefighter has to pick up an unconscious or disabled person to get them to safety by themselves, here’s how they usually do it:

This is mainly a short term emergency evacuation carry where dragging or rigging a litter/stretcher isn’t expedient, or the rescue initially includes traversing rough uneven terrain. However there have been instances where persons have been carried some distance by strong carriers using this method.

This is a good alternative carry. Almost anybody can do it. You might not be able to move fast or far without resting, but at least you’ll be able to quickly carry someone out of danger or away from where you don’t want to be even if you are not that strong.

What If  You Just Don’t Have The Strength to Lift Anybody ?

Some of us who otherwise would have no problem lifting things might have shoulders or spine discs or knees which tend to dislocate like an illegal alien at the Texas border, when in the slightest oblique position with minimal weight pressure applied to it.

Well, lifting a body is no easy chore even for strong people. It doesn’t do any good to have two people down and immobilized so there are a couple hacks that might work which would be worth the try. And they also works well enough if you simply are not physically advantaged enough to lift and carry another adult by yourself but are not unhealthy or disabled.

The easiest way is to make sure in advance you’re somehow on a pre-arranged Bug Out Team/group, and not going solo if you are not in good ‘on foot’ traveling condition and practice. If you have family or friends of Bug Out beneficial bearing, then there you go.

Make sure your team’s bug out equipment includes a folding stretcher or a wheelchair, or one of those Chinese style Jitney carts. With a seat and two bicycle wheels and two poles that a person stands between and pulls (or some other type of carrier you can tow with a bike).

I think I’ve seen similar devices that even fold compactly, and even one of those child carrying/pulling ones that are towed behind pedal bicycles would be great for hauling bug out supplies and serve as an emergency equipment/supplies carry vehicle. Two people on foot could easily pull a third person in one of these for considerable distance at a regular walking pace. But it wouldn’t be that hard for an individual to pull something like this even if you can’t lift anybody by yourself.

Get one of these ‘airport’ style rolling luggage units. The larger the better. Most solo bug out people will be carrying another back pack or duffel bag anyway besides their back pack if they are traveling some miles on foot. So this would be a better ancillary carry bag anyway. But a larger one should be able to carry a person in sitting position with some minimal modification and tethering hacks.

I haven’t checked lately but I seem to recall seeing something once at a sport show similar with wheels large enough to hand pull over grass easily for trucking big game for hunters? You could probably modify the airport luggage with slightly bigger inexpensive spoke wheels to get the job done?

Improvise a drag carry. You’ve seen movies where the Indians are pulling their wounded behind the horse with two polls and a blanket where the person lays. A tarp and two broomsticks/or tree branches could work well and you can adjust the pull mode several ways. You can tie the ends of the drag poles to your back pack and it wouldn’t tire your arms so much.

The trick is to have the least friction on the pole ends touching the ground. All you’d need is an extra tarp and enough paracord.

If you don’t have a tarp you can use jackets or shirts, even pants, and run the poles through the sleeves and tie two or three together and this could work. If you don’t have poles available then you can simply put the person on the tarp and tether the ends like an envelope so they don’t fall out and try a drag like that. Temporarily that will at least quickly get them out of immediate danger if you can’t physically carry them.

Another neat hack trick is one seasoned furniture movers sometimes use. If you are inside a building, where there are hard surface floors, or even out on the street, you can place the injured on a small carpet, rug, or blanket. and quite easily pull them around and even down stairs (carefully!). Almost any soft fabric glides easily on hard surfaces even with weight on it.

If all else fails, you can just tie the person up tight with paracord like a bed roll, duct tape their mouth closed so they can’t scream and alert predators, and then kick them along in front of you so they roll on the ground by themselves most of the time ahead of you. It will be more difficult rolling the person uphill, but downhill the person should roll under their own power.  This will also serve as a mine sweeping technique in case you’re traveling in such dangerous booby trapped areas.  And YES, I’m just…kidding!

When you get the chance, try to practice these moves somewhat before you really need them with someone, preferably lighter at first, like a skinny adolescent (100 pounds or less) so that your body feels the different muscle strains relative to the power movements to give you an assessment of what you can and cannot do. Then adjust your thinking accordingly.

It may be prudent, if you have a frail elderly individual in your party or someone with a chronic illness that precludes endurance hiking and makes them predisposed to critical stoppage along the escape route if you’re on foot, to include other arrangements for them in the addition of back up transportation/equipment, or modification of bug out strategies and plans.

You’ll be glad you did as you flip old Murphy and his laws… the Bird! 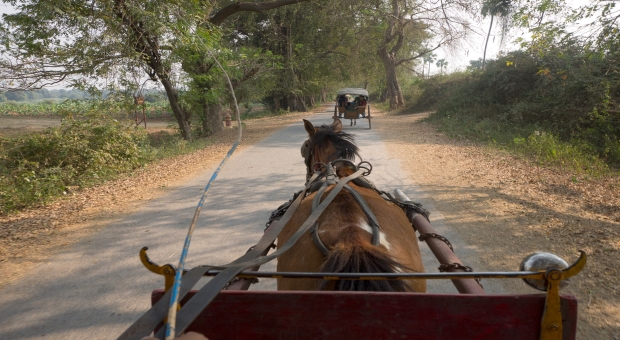 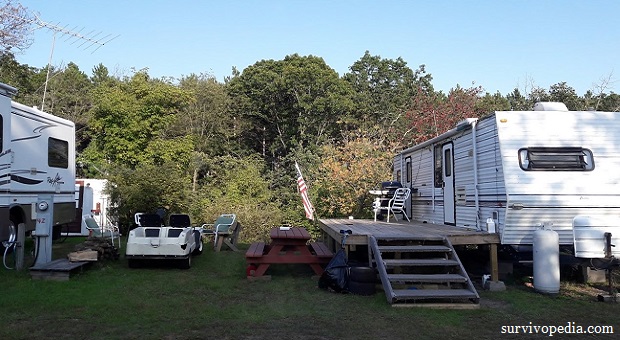 The Smart Way To Choose A Trailer For Off-grid Living 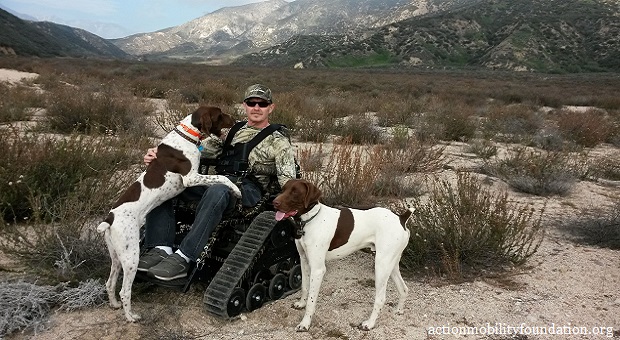 How To Travel On Rough Terrain If You Are Disabled