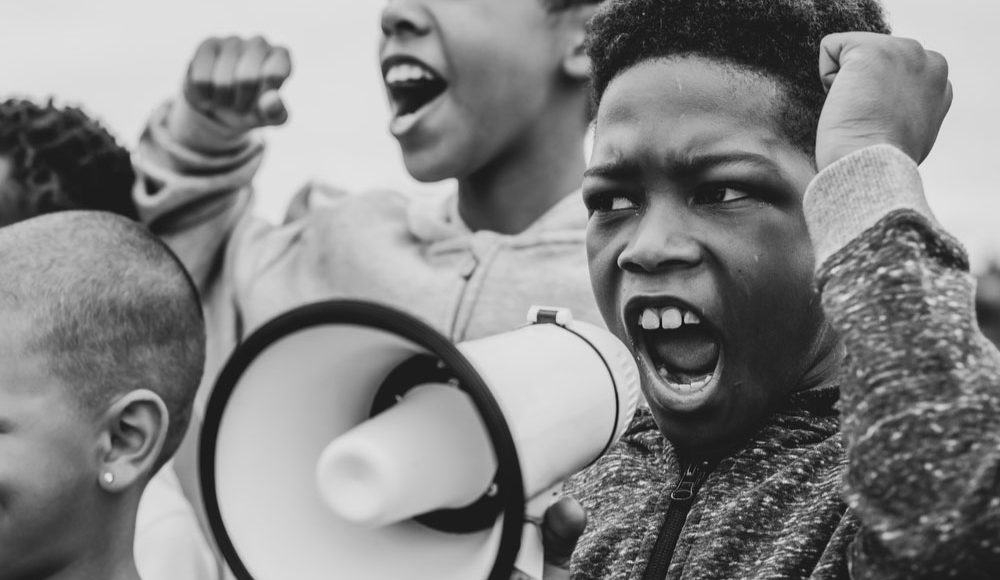 Along with the rest of the country, I’ve been watching what’s been happening with the BLM protests and accompanying riots.

I am sickened by the mayhem and destruction, with people’s businesses and their lives being destroyed. Sadly, many of the people who have lost their businesses come from the very community that BLM claims they want to help.

It is clear that BLM is not what they claim to be, or perhaps I should say that the BLM that we see in the news is not the BLM that started the demonstrations after George Floyd’s death. In fact, we can say that there are three different BLMs out there today:

The true villain in this story isn’t actually the anarchists; they’re merely a minor villain. No, the real villain is the news media, which has been working hard to create a dangerous narrative; one that is fueling division in this country.

I want to talk about this because I see it as a very real existential threat to our nation. While we are always faced with dangers from natural disasters and renegade nations, we also face internal dangers from our own fragmented society. The Roman Empire, one of the largest and longest-lasting empires in the history of the world, wasn’t conquered by any enemy; they were destroyed from within.

Of course, there are many kinds of strength. Moral strength and physical strength have nothing to do with each other. Likewise, intellectual strength is a whole different category. So when we talk about strong men or strong women, it helps to define what sort of strength we’re referring to.

Even so, there’s no question that this country has been through some of the greatest “good times” that the world has ever seen in the last century. Not everyone has participated in that prosperity; but even those who didn’t have it much better than a huge percentage of the people living in the rest of the world. Our poverty can be looked at as great wealth by the people of some countries.

Few of us would even know about George Floyd’s unfortunate death if it were not for the media. Today’s media is able to gather and disseminate information faster than any nation’s intelligence service. Unfortunately, what passes for “news” today is more likely to be commentary than actual reporting; and like any commentary, it is more about the commentator’s personal views, than it is about the facts of the matter being spoken about.

One of the bandwagons that the mainstream news media has been on for the last few years is that of reporting when the police kill a black man. I’m not sure if they have reported every such incident, but they’ve reported enough for it to be a problem.

What makes the problem isn’t so much that the media is reporting it, but how they are reporting it. Regardless of what’s happening, who the black man the police show was, whether or not he was involved in a crime or whether he tussled with the police, he’s the victim. In this narrative, the police have been made to look like they are Jackbooted Gestapo, on the hunt for every black man they can kill. It’s not a true narrative, but it is being presented to the masses as if it was.

How do you think this is making young black men feel? I’ll tell you. They’re frightened. While many of us can feel butterflies in our tummies when we’re pulled over by the police, the young black men I know are terrified of such an encounter. They’ve been told enough times that the police are out to get them, that they believe it.

As with any lie, this one has just enough truth in it to make it believable. There are two truths here. One is that the police do sometimes shoot a black man. Since it isn’t reported when the police shoot a white man and it pretty much dominates the news for days when the police shoot a black man, there is a very real perception that black men are disproportionally targeted. The other truth is that police are more likely to pull over a black man for “driving while black” than a white one. Between the two, there’s enough truth to support the lie that is giving blacks the wrong perception.

Would you be angry if you had been sold that lie? I know I would. And don’t try and say that you wouldn’t buy the lie; there’s no way that any of us know whether we would buy it or not until it was aimed at us. We all tend to believe what we are told, especially if it comes from a source we know and trust.

The Other Side of the Media

Here’s the problem though. When we allow our world view to be defined by those conservative commentators, we can become just as blind to reality as our cousins on the other side of the aisle. We can forget that there are people who have very real concerns, that are being buried under all the noise.

When George Floyd was killed, just about the entire nation was on the side of the black lives matter movement. It was seen as a tragedy that shouldn’t have happened. Even conservative commentators were saying that. But something happened. People started looking into Floyd’s past and finding out that he had a criminal record. Even so, those conservative commentators were still saying that the way that police officers treated Floyd was wrong.

That’s all changed now, as more information has come to light. It’s not that anyone thinks that Floyd’s death was warranted, but that people are getting sick and tired of how Georg Floyd and other black men who are killed by the police are being glorified as martyrs, while others are ignored and those who defend themselves are vilified.

Again, it is the media that is making us aware of this; only this time it is the conservative media who are bringing the disparity to our attention. It’s another sort of false impression, affecting another portion of the population.

The other thing that the right-leaning media is focusing on is rioting. Granted, rioting is a big deal and the destruction of property is something that should be covered in the news. The left’s narrative of “mostly peaceful protests” while businesses are burning in the background, is clearly false. But not all demonstrations turn violent and they’re ignoring that part of the story.

Researchers with the Armed Conflict Location and Event Data Project have put out a report stating that over 90% of the Black Lives Matter protests have been peaceful, with only 220 escalating to violent clashes between the police and protesters or destruction of property.

While I don’t agree with many of the conclusions in this report, there’s no question that the majority of those protests were peaceful, even if we expand the definition of “violent” that they are using. Yet what we are being told about is the violence. We’re being fed a perception that blacks in our country are a bunch of violent, hate-filled people who are bent on destroying our country.

In reality, the majority of the rioters and looters aren’t black at all but are white. Most of them are from ANTIFA, not BLM. Yet the cameramen who are taking the video are managing to get their camera angles just right so that the clips we are shown are of blacks rioting, vandalizing, and looting.

If all this misinformation wasn’t bad enough, there are social media to add to the confusion. If you want to find the wrong perception of anything, just look at what’s posted on your Facebook feed or what people are tweeting about on Twitter.

Even this is being manipulated, as the major social media companies are all run by left-wing technocrats who see it as their “duty” to be arbitrators of information. They are consistently suppressing conservative organizations and posts, even to the point of blocking or calling out as “false” some things the president has said.

Sadly, social media has become a platform of disinformation and commerce, rather than being a place for friends to talk to each other online. It has moved so far from its roots as to be indistinguishable. We would all be better off without it. But if you can’t get off it, at least be wise enough to not believe anything you see there, other than the jokes.

It seems clear to me that there are people behind the scenes who are manipulating the narrative for the sake of getting a certain result. That’s not a conspiracy theory. All of the major media outlets are owned by a very small number of corporations and they are apparently following the same playbook.

So what’s that playbook? Since we can’t see it, all we can do is look at what they are doing. And what they are doing is sewing social discord, specifically racial and economic discord, creating division in our country by pitting one group against another. It seems more and more clear that these people are bent on starting a revolution, probably disguised as a racial civil war.

Where do those perceptions come from? Some come from the media, but in reality, the media is doing the same thing that everyone else does, they’re just doing it with greater authority. That is, they are assuming they know the thoughts and hearts of others. Those perceptions are reported as “fact,” allowing many others to believe the same thing.

We must all be on guard for this. If there is one thing that we can do to bring peace and sanity back to our country, it’s to stop presuming what others think and believe about things. Rather, we should hear what they have to say so that we can learn how to understand them.

Maybe it wasn’t you, but someone who just read that said to themselves, “I don’t need to ask them what they think, I already know.” That’s what I’m talking about. That person is the one who needs to ask the questions and hear what the other side has to say, more than anyone. But they’re also the one who is least likely to do it.

If this country goes down; that will be a major part of it. We will fight a second civil war based upon false perceptions, rather than on the truth. And while we are doing that, we’ll all say, “If only the other side had listened” as we shake our heads in sadness and our country goes up in flames.