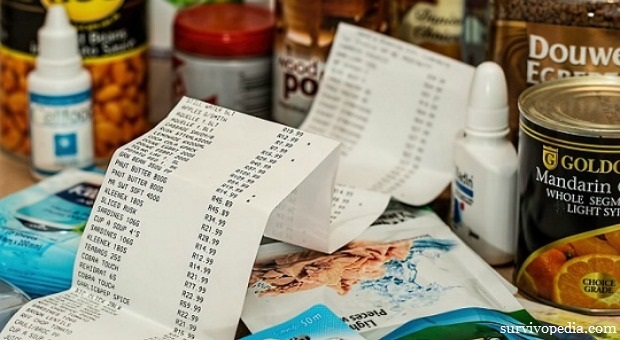 How self-sufficient are you? Do you grow any of your own foods, or at least cook your own meals from scratch?

If not, you’re dependent on the grocery store for survival and you’re eating foods that may be killing you.

And you’re definitely spending way more than you should be on food.

But how can you change all of that?

The following scenario probably describes many people’s day, at least part of the time:

They come home from work, drop their stuff on the couch, grab a bag of chips and a soda, and relax on the couch. Later, they have a microwaved TV dinner, then, before bed, a few Oreos and a glass of cold milk that you didn’t have to extract from the cow. As a matter of fact, they have no idea where that cow even lives.

Sounds familiar? Of course it does. I just described at least one day in many people’s life, if not an average day. None of that would have been possible before 1910, because that’s when food started being processed commercially. And they would have been healthier because of it.

I’m not saying that we have to – or even should – give up all modern foods, unless we want to, of course. But I am saying that we can save a ton of money – a hundred dollars a month or more per person – and be much healthier, even if we just make simple changes in our shopping and cooking habits.

Delicious, home-cooked food shouldn’t be a treat that you indulge in, or are lucky enough to have cooked for you sometimes. It should be a regular part of your daily diet. It should actually be the other way around – you should eat fresh, homemade food most of the time and, if you must, eat processed foods occasionally.

It’s not nearly as hard as you might think to eat tasty, chemical-free food, and you can even grow it if you want, no matter where you live!

How? Glad you asked. Let’s talk about seven ways that you save money, eat better-tasting foods, and take a few more steps toward food independence.

How many times have you thrown away an entire package of meat or box of strawberries because they went bad before you ate them? Maybe they got lost in the back of the fridge, or you just bought way too much food.

Either way, you may as well have thrown that money right out the window on the way home from the grocery store.

You can avoid this by shopping smarter.

It’s great to buy shredded cheese and pre-cut veggies but it usually costs a whole lot more than if you did it yourself. This isn’t always the case because sometimes, such as in the case of broccoli bunches versus crowns, you’re paying per pound, and you can’t really eat the entire stem, so the crowns may work out to be cheaper.

However, the bagged broccoli is always going to be more expensive than either the crowns or bunches.

Another marketing trick that grocery stores use is to reduce the price if you buy more.

For instance, something may cost 3.99, but they’ll put it on sale at two for $7. If you’ll actually use two of them, then buy them both, but if you’re only doing it to “save” money, then pass. You’re actually spending more money for food that will go bad.

Use that money to buy another item on your list.

4. Learn How to Make Food for Yourself

Did you know that you can make butter and cottage cheese from cream, or that you can a few different cheeses and yogurt at home for a fraction of the cost of what you’ll pay for it at the store?

Cheese and butter are both crazy expensive, so by learning how to make it for yourself, you’ll save money, eat a higher quality food, and be one step closer to food independence. Plus, making cheese is fun!

5. Shop at the Farmers Market

We have several farmers markets around here, but only a couple of them are really worth going to. The others have gotten so commercial that you may as well buy stuff in the grocery store. You’d think that if I went to a farmers market here in Florida, then the produce would be from Florida, right? Not always.

That being said, the produce that I buy in the grocery store isn’t typically from here, either, so I’m still saving money if I pay less for it at the farmers market. Plus, I get to meet local artisans and pick up a trick or two from them.

Now that we’re done with the tips, I’d like to go the extra mile here and give you some simple, and extremely useful ideas that can help you cut processed foods out of your diet starting today. 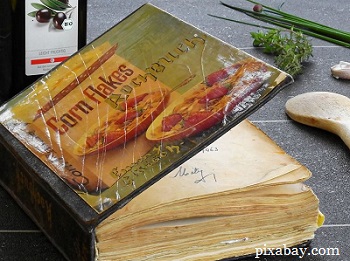 This isn’t as hard as you may think it is. Delicious sauces may seem mysterious, but believe it or not, most of them are simple – and cheap – to make.

For instance, a rustic Italian sauce can be as simple as a can of tomatoes (or freshly chopped ones), some mushrooms, garlic, basil, oregano, salt, and pepper. Cheese sauce is just flour, milk, salt, pepper, and cheese.

See, that’s not so hard, right? And both of them are cheaper, tastier, and healthier than their processed counterparts.

Consider Growing Your Own Food

This doesn’t mean that you have to grow a 5-acre garden, but just growing a few of your own vegetables can save you an enormous amount of money.

For instance, I just started 30 bell pepper plants for about $3. That’s less than I’d pay for three peppers at the store. I’ll eat them fresh and I’ll use more to make sauces and salsas. And that’s just one vegetable!

And if you live in a small place, you can still grow at least some of your food. For instance, you can grow almost any vegetable in a container. You can vertical garden, and you can even get the most out of your space by growing food upside down.

With all that being said, how much money you should be spending on food? The answer is – only as much as you absolutely have to. If you can make it yourself, then do so. Processed foods didn’t become widely popular until the 40s or 50s, so our grandparents or great-grandparents grew to adulthood without ever eating a bite of “processed cheese food” or cheese curls.

I’m certainly not telling you to give up cheese curls (though you really should), but make processed foods a smaller part of your diet. Get back to the way our ancestors ate. Learn the skills that you’ll need to feed yourself and take control of your wallet, and of what you put into your body.

Even if cooking isn’t something that you particularly enjoy, you have to eat. And it’s entirely possible that even if you don’t like to cook, you may learn to love it once you figure out how easy it is.

If not, maybe you’ll enjoy gardening, or making cheese, or whatever else you decide to do to save grocery bucks, eat more healthfully, and gain food independence. You can find them all in a book on going back to eating the way that our ancestors did!