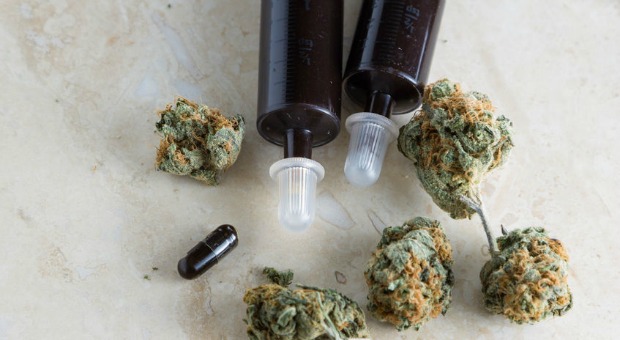 To Grow Or Not To Grow Marijuana For Medical Survival?

OK, so this is a huge topic that seems to divide people.

Within the year prior to this post, Florida became one of the 28 states to legalize medical marijuana.

Do I think that’s a good thing? Yes, but this is an article about whether or not you should grow medical marijuana, not about what my (or anybody’s) political views are. Good thing, right? Lately, that’s a powder keg that will blow up any family reunion.

We’ll simply discuss whether or not marijuana is a good crop to grow for medicinal purposes in your survival garden. And to that end, I’m going to discuss it just like I do any other medicinal herb – does it have enough benefits to merit a spot in your garden?

Finally, it’s on you to decide what suits you!

Like many herbs, marijuana has been used as an alternative treatment for many different illnesses and diseases for centuries. It’s active biologically active components are called cannabinoids and perform several different functions in your body. The two that are the most highly studied are delta-9-tetrahydrocnniabinol (THC) and cannabidiol (CBD), though others are being studied, as well.

This is the big one that most people think of when they think of medical marijuana from a serious perspective. Chemotherapy – and cancer in general – robs a person of their appetite and causes nausea.

The FDA has actually approved a drug called Dronabinol to treat nausea and vomiting caused by chemo and weight loss and poor appetite in AIDS patients. It’s a gel-cap that contains THC.

Get this lifesaving information about surviving when doctors and hospitals are shut down!

You don’t often hear about marijuana being used to treat cancer – only the side effects of chemo. However, according to the American Cancer Society website, some studies have shown that THC, CBD and other cannabinoids slows growth and/or kill certain types of cancer cells and may slow or prevent the spread of the disease.

Of course, these studies are preliminary and research is ongoing, but it’s significant because so far, there’s not much out there that we could grow naturally that can claim this. That being said, it shouldn’t be used now, when more effective treatments are available, as your primary treatment. Does this make it worth growing in your survival garden? Maybe so.

Still, though cancer is a big thing, it may not be an issue that you have to deal with, so what else is medical marijuana good for? 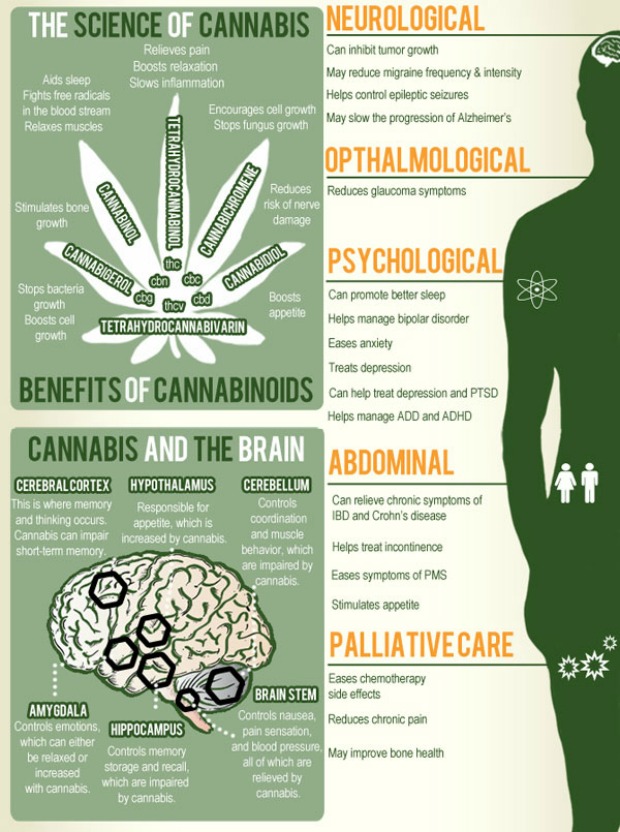 Also according to the ACS and many other studies, patients with cancer, MS, fibromyalgia, and many other painful diseases often need less pharmaceutical pain medications when marijuana or cannabinoids are incorporated into their treatment plans. It’s been shown to relieve pain related to both muscles and nerves.

This is actually one of the primary uses for marijuana as an herbal treatment and it was widely used up until the 1800’s as a treatment for chronic pain. Studies have now shown that chemically, it does have a substantial analgesic effect.

As a matter of fact, there’s a cannabinoid drug being tested now for use as a pain treatment for people with cancer and multiple sclerosis. That’s likely to spread to other diseases if the drug continues to show results.

Cannabinoids have also been clinically shown to have an anti-inflammatory effect. To get all scientific, our bodies actually have two types of cannabinoid receptors: CB1 and CB2. CB1 is mostly expressed in the brain and, to a lesser extent, the cells in our immune system, and CB2 is primarily found on cells in the immune system.

This is where scientists are really studying cannabinoids right now because of the immune response that happens when THC is introduced. It gets a bit complicated, but basically what it does is cause an immune response that kills bad cells and results in decreased inflammation.

That’s why it’s being used as an alternative treatment (and now sometimes as an active part of many treatment plans) for inflammatory and autoimmune diseases such as rheumatoid arthritis, lupus, fibromyalgia, Parkinson’s disease, Alzheimer’s disease, Crohn’s disease, celiac disease, type 1 diabetes, and inflammatory bowel diseases.

Yeah, this is the one that’s joked about the most – when somebody’s busted with pot, they protest – “But it’s for my glaucoma!” Well, that’s actually a thing. THC can lower the pressure on the optic nerve, which is what causes glaucoma, but as a warning, it can also lower blood pressure, which can make glaucoma worse, or increase your chances of getting it.

Once again, risks versus benefits according to your situation.

This is actually one of the areas where medical marijuana really struts its stuff. In early studies, medical marijuana extracts have shown that they can cause a 50% reduction in certain types of seizures. That’s pretty darned significant when you figure that epilepsy is one of those diseases where medication is absolutely required.

Personally, if I or a family member were a med-dependent epileptic, I’d be studying which strain of marijuana was the best to grow for my survival garden.

Anxiety relief is another historical use of marijuana, and studies are now showing that it has positive effects on one of the hardest diseases on the planet to treat – PTSD. How did we discover this? Because doctors started noticing that patients who were tired of taking 5 or 6 or 10 drugs to sleep and function as they dealt with PTSD were starting to feel better as they gave up on the meds that were causing them to feel like zombies.

When a handful of doctors bothered to ask what was causing the positive changes, large numbers of patients reported that they were self-medicating with marijuana. It turns out that, according to studies, they were on the right track.

Actually growing marijuana isn’t hard and if you give the plants some love, you can get quite a yield in just a little bit of space. And it’s a great container plant. The problem, just like when choosing tomatoes or beans, is that you want to grow the right strain for what you need it for.

There are thousands of strains of marijuana. Some strains have higher amounts of THC (the chemical that causes the high as well as provides health benefits), but lower amounts of other beneficial cannabinoids such as CBD. Some are better at relieving pain than others, and some are so strong that they may actually make your nausea worse just because you’re not used to the drug.

My word of advice here to you is this: do your own research. Maybe talk to your doctor. If he doesn’t agree with the concept, and many old-school Western practitioners won’t, then find another doctor or an alternative healthcare professional who will advise you. 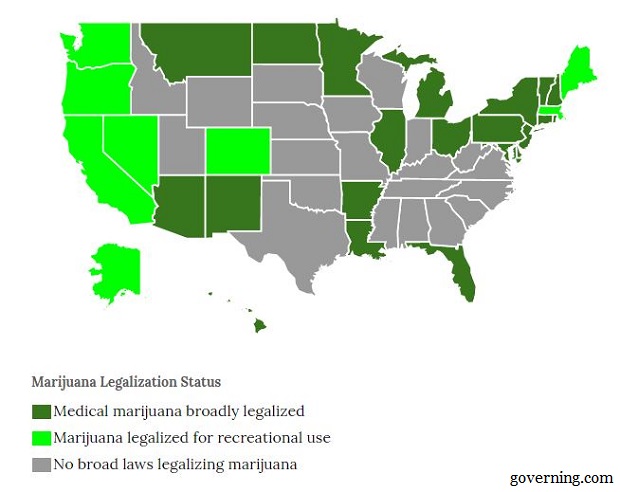 One final disclaimer here – you need to know your state laws because the government is serious about this. If it’s illegal, they will take you to jail – sometimes for a LONG time – if they catch you growing it. There are some states, such as Oregon and Arizona, where you can grow a small number of plants as long as you have the proper medical documentation, but as with everything we preppers do, know your laws and be smart  about them.

This is a huge topic and I know that many of you have questions or can offer advice. Let’s avoid the politics of it and share your thoughts and experience about the benefits/risks of growing medical marijuana for survival purposes.

Remember that knowledge is the only doctor that can save you when there is no medical help around.