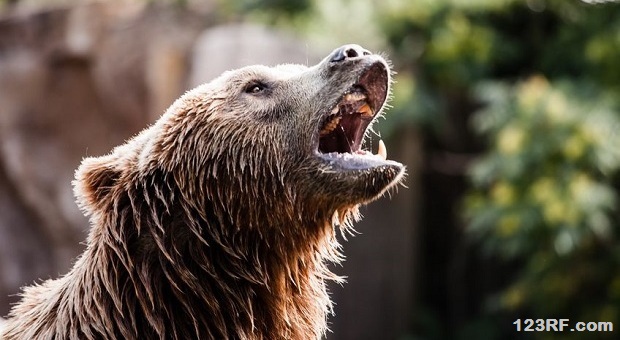 Surviving In The Woods: How To Deal With Wild Animals

Cities and towns may not often experience visits from bears and other large wild animals, but abandoned properties may eventually cause these, and other animals to draw closer to where you are living.

Needless to say, if you find yourself living in the wilderness after a major crisis, it is important to have basic knowledge of how to live around wild animals. There are certain actions that may cause a wild animal to charge or to run away.

To best handle a wild animal attack, you need to know and understand the behavior of the animal, know when an attack is coming, and do your best to stay calm and get through the situation with as little harm to yourself as possible.

How to React When Meeting a Wild Animal in the Wilderness

When in the wild do not panic if you come across a wild animal in you path. If you do panic the wild animal could misinterpret it as an offensive action and take on a defensive stance in self-defense. Most wild animals big or small will not attack unless they feel threatened, have young with them, or they are injured/sick.

Give the Animal A Way to Escape

In most cases, if the animal has a way to leave or escape the area it will do so. It is safer to do this than corner a wild animal and have to fight it. If the wild animal is a bear, mountain lion, or an adult moose, this fight could be to the death. These animals are bigger, stronger, and have claws, strong teeth, hooves or horns to defend themselves. If you are not killed there is a good chance of very severe injuries.

Slowly and Quietly Back Away

If confronted with a wild animal in, it would be to your advantage to quietly and slowly back track down the path. Keep an eye on the animal or animals until you are safely away. The more distance between the animal and you, the better..

Beware of the Animals that Are Sick

There are many diseases and health problems that can effect wild animals. Under these conditions the infected animal may not be in its right mind and act strangely or even attack an adult or child.

Here are some diseases that may cause an animal to attack even if you did everything possible to prevent a problem.

Rabies is a viral disease which causes inflammation of the brain and is usually fatal. Infected animals may go for months without showing classic symptoms. Animals with Rabies suffer from deterioration of the brain. Sometimes there is a display of bizarre and aggressive behavior.

This disease is transmitted by an infected animal biting another animal or a person; and can be passed along by both humans and animals.

The four stages of Rabies:

Day 1 to 3 (after infection reaches the brain) Characterized by behavior changes such as making unusual sounds, nocturnal animals will be out in daylight hours, etc.

Canine Distemper is a highly contagious and often fatal viral disease transmitted through direct physical contact with an infected animal.

{adinserter emp}It affects both domestic dogs and wild meat eating animals such as foxes, wolves, coyotes, skunks, raccoon, and ferrets. Canine Distemper cannot be transmitted to humans, although it is a rapidly evolving disease with some strains that can also infect cats.

This virus attacks the respiratory, nervous, and the stomach and intestinal systems. Symptoms include fever, eye and nose discharge, vomiting, diarrhea, labored breathing, and an emaciated appearance. Most deaths are caused by muscle incoordination, muscle spasms, deterioration of mental skills, and seizures.

Wild animals with Canine Distemper appear to act tame or confused and wander aimlessly. They appear to have lost all fear of man. Do not approach or touch these animals since they might have Canine Distemper or Rabies. Both diseases share many of the same symptoms.

Anthrax is an acute bacterial disease caused by Bacillus Anthralis. Most forms of the disease are lethal and affects both humans and animals. It is also important to note that Anthrax Spores can be used as a biological weapon or used in bio terrorism. Therefore, this is one “wilderness” disease that even city dwellers need to be aware of in a time of crisis.

Anthrax is easy to mass produce and to deploy – all you need is an aerosol can to spread the Anthrax Spores. It should also be noted that since year 2000, the USDA allows meat with puss, tumors, sores and ulcers in it to be processed for human food.

While there do not appear to be anthrax outbreaks caused by this “reclassification” of tumors etc as “aesthetic issues”, perhaps consuming meat should be done with more care.

There are 3 ways that Anthrax can affect the bodies of humans, domestic animals, and wild animals.

Skin Anthrax – This form of Anthrax occurs when the spores come into direct contact with skin of humans, wild animals, or domestic animals.

Inhalation of Anthrax Spores – This form of Anthrax occurs when a human, wild animal, or a domestic animal inhales spores and they get into the lungs.

Gastrointestinal Contamination by Anthrax Spores – This form of Anthrax occurs when humans, wild animals, or a domestic animals eats the flesh of a contaminated animal.

What Animals to Beware Of 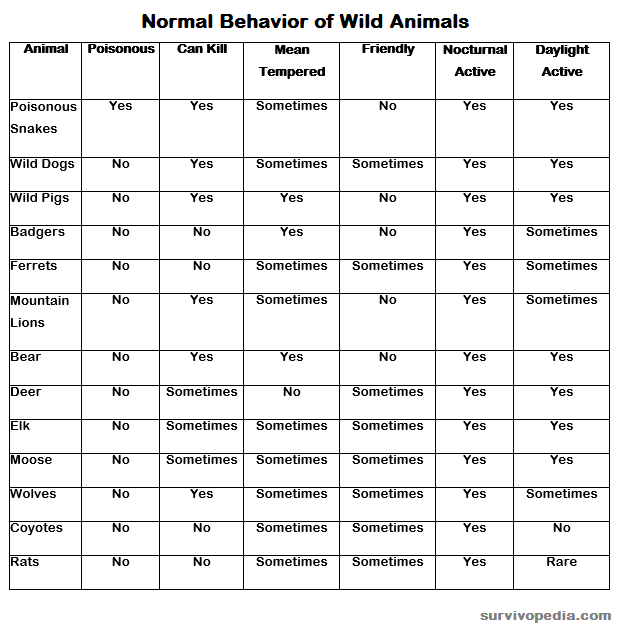 In a time after a major crisis it is important to know how to react to wild animals. Take the time now to learn how to control your fear and panic, and also how to leave the area. There are many diseases that can infect humans, wild animals, and domestic animals and change their behavior from the normal.

Knowing about these differences, and getting to know the nature of various animals can be of immense benefit regardless of where you wind up after a crisis.