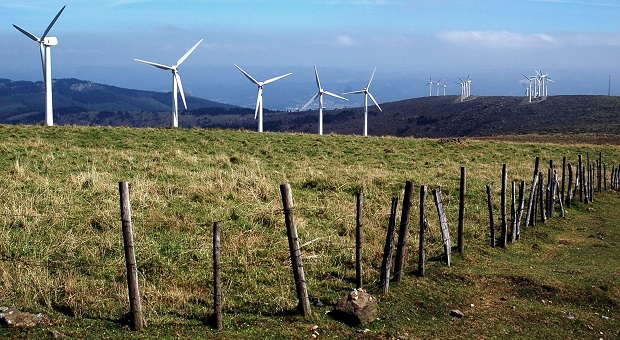 Like so many other investments in self-reliance, building your energy stockpile is a process, not an event.

For that reason you should start small to build big: get pocket-sized solar power solutions first, then man-portable solar energy means. Finally, you should think about larger alternative energy solutions.

There are clues to consider when choosing your devices, so read this article carefully to find out what’s important in the process.

1. Be Realistic in Your Design

In times when electricity was not yet widely used, cultures over the world engineered passive solar and passive geothermal features into their homes and buildings. The Romans passed laws prohibiting new construction from blocking sunlight from hitting neighboring buildings. It was common practice to calculate the overhang of eaves necessary to warm buildings in winter and cool them in the summer by shading them or allowing light to hit them. Building materials with ample thermal mass were used to collect warmth.

Heated water was pumped through clay pipes. Windows were placed where they would do the most good. In the American southwest adobe and pit houses enjoyed geothermal cooling. Most cliff dwellings were built on South-facing ledges. Ventilation shafts and air deflectors were commonly used. Orientation of predominant breezes were taken into account and structures were placed where they would benefit from evaporative cooling where winds crossed bodies of water.

Electric heating and cooling have been used as an excuse to design fragile buildings. Would it be so terrible for architects to do their jobs? If you have the opportunity to build, I argue that it is better to build a more modest structure in harmony with the correct principles of self-reliance than to squeeze every last square foot out of your budget.

2. Be Realistic in Your Usage

Regardless of the installation and any passive heating or cooling techniques used, you will almost certainly need to also cut back energy usage without functioning electrical infrastructure. Most people cannot duplicate the standard of living most of us enjoy today immediately following a disaster that results in failure of the electrical grid. Even if they could, it would not be a good idea. Hunger makes people observant. It is usually safer to appear just like everyone else.

A significant part of running a home, cabin or retreat off alternative energy is to reduce the amount of electricity you use every day. In practical terms, this is most often accomplished by modifying your usage patterns, installing low energy appliances and using LED lighting. If you use a generator, it is best to schedule all tasks requiring power and organizing all tools and materials needed to accomplish them during the window where the generator will be running. If you have enough solar panels, but not enough batteries, you have to schedule tasks during peak sunlight.

In achieving lesser degrees of energy independence with pocket solar and portable solar gear, it is best to plan out what equipment you would like to run and design the solution on paper before you buy the first component. The same goes for larger installations, but it is even more important.

If you have been following along or have already started down the path to energy independence, you are likely already aware of the primary components of a small energy solution. Scaling this up to the level of a cabin or home uses mostly the same parts scaled up in size and the addition of more energy sources and possibilities. Most installations larger than a simple installation in a trailer typically runs AC as opposed to DC.

The principle energy sources of interest are:

Most home alternative energy systems use more than one energy source. Not every home site is suitable for every energy source and each source has limitations.

Solar is great in Southern latitudes and only works when the sun is shining and they are in full sun.

Wind Generators work day and night, but most models need the wind speed to be fairly constant. Too slow and they cannot generate electricity. Too fast and many need to apply brakes or shut down to avoid damage.

Micro Hydro is the best of the lot if your property is suitable. A micro hydro installation can power multiple homes with minimal maintenance, but not all properties have both sufficient water flow and sufficient drop in elevation to be a viable option for most properties.

Fossil Fuel Generators are reliable and some models can take multiple types of fuel with minimal modification, rain or shine, day or night, making them ideal for survivalists and as backup power sources. On the downside, they can be expensive to run, loud, produce exhaust and need maintenance. Generator owners compared costs after Hurricane Katrina and natural gas costs considerably less expensive than gasoline, hundreds of dollars per week in some cases. Still, gasoline generators are nearly always installed as backups to solar and hybrid systems because they can supply power on demand. 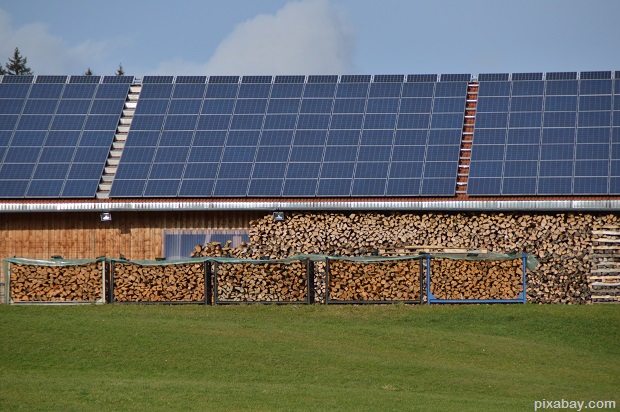 Inverters take DC power generated by solar, wind and other sources and invert it to AC power used in home and business wall receptacles. You have probably used or seen small DC to AC inverters that invert 12v DC from an auto cigarette lighter receptacle to 120v DC to run any number of small appliances in vehicles or off car batteries.

Home inverters do essentially the same thing but on a larger and more precise scale. On-line 3-phase, pure sine wave inverters used in computer data centers offer the best protection to connected equipment but are expensive and heavy.

Some models are weather proofed and rated for outdoor installation so they can be located close to the solar or wind generator to prevent resistance. Another feature is data monitoring which is important to calculate the return on your investment.

Fuse boxes are sometimes called combiners, join most of the other components together and protect them from each other if one of them short circuits. The inverter, fossil fuel generator, home wiring or load, and electrical meter (for grid-connected installations) all connect to the fuse box. The only components not typically connected to the fuse box are those which must go through the inverter first because they generate DC power as opposed to AC, like solar panels and wind generators.

Most home installations use banks of batteries wired together and stored in ventilated enclosures for safety. The most commonly used batteries in use today are FLA (flooded lead acid) batteries which need constant maintenance of electrolyte solution levels or they risk developing an internal short circuit which can ignite flammable hydrogen gas that builds up. Exploding batteries can throw chunks of batteries and splash battery acid all over the place and that is never a good thing.

AGM (absorbed glass mat) batteries are more expensive, but require less maintenance, make less of a mess and are more efficient, so choosing which type of battery is best for your installation is up to you and will likely be determined by your budget for the project.

Battery technology is changing. Batteries have seen significant improvements in the last decade and technologies under development should help but alternative energy within the reach of more and more self-reliant families in coming years.