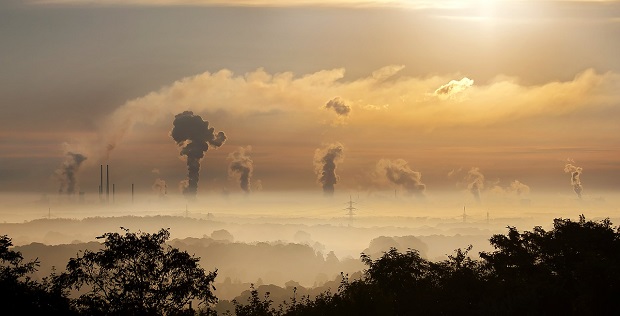 Amongst the many fallacies that the former president foisted upon the American people was 2015 Paris Climate Change Agreement.

While technically and legally a treaty, Obama signed it without it ever being ratified by the Senate, making our participation in it totally illegal according to the Constitution.

President Trump just solved that problem by declaring that the USA was withdrawing from the Paris agreement.

Trump is fulfilling yet another campaign promise and saving the country billions of dollars at the same time. Yet while conservatives everywhere applaud his actions, the liberal left is talking about how Trump’s actions will mean the end of the world.

The Ice Age that Never Came

In my opinion, global warming, or climate change as it is now called, is nothing but false science. The entire climate debate is driven by computer models, and anyone who knows anything about computer modeling can tell you that you can make models give you whatever results you want them too. It’s all in how you write the model and what data you give it.

Not all that long ago, the climate debate was about global cooling, rather than global warming. According to the environmentalists of the 1970s, we were entering into a new ice age, which would destroy all live. Their solution was to take billions of dollars away from rich countries and give that money to poor countries.

Then, there was a change in the wind and global cooling was replaced by global warming. Once again the environmentalists had a solution; take billions of dollars away from rich countries and give it to poor countries. Now that global warming has been proven to be fake, they changed its name to climate change and came up with a solution… you guessed it.

Clearly, the issue isn’t whether the world is warming or cooling. It’s about getting money into the hands of politicians, so that they can further their globalist goals and redistribute the wealth. Climate change, by any name, isn’t a science, it’s a religion, one which the left is trying to force upon us through political correctness, calling people “climate change deniers” and taking out tax dollars.

The reality of climate change is nothing like what the climate change movement claims. Yes, the climate changes; it has all through history and it probably will continue to change as long as the world exists. The world has known alternating warm and cool spells, long before man started burning fossil fuels.

Yet according to the left, man and man alone is responsible for the warming trend that their computer models show, once they massage the data. They have even gone so far as to name carbon dioxide a “greenhouse gas” and the biggest danger to the climate there is.

In fact, how would plant life would be served if we had a carbon dioxide level that was four to five times higher than what we have today? It happened before, during the Jurassic Period.

If were it to suddenly rise that high again, would we see an explosive growth of plant life around the globe? Would it be any reason to be concerned about the rain forests, as they would grow faster than the tribal farmers could cut clearings to farm? Under the circumstances, farmers would see incredible yields from their crops, going a long way towards solving global hunger, wouldn’t they?

But mankind is no more able to boost the carbon dioxide level to that point, than we are to prevent it from rising. That’s because the biggest producer of carbon dioxide in the world is the world’s oceans. After that, it’s the decomposition of biomass around the globe.

Compared to these two sources of carbon dioxide, what our atmosphere receives from the burning of fossil fuels is a miniscule amount.

Even so, the Paris agreement was supposed to be a turning point in mankind’s history, with mankind finally taking responsibility for our destruction of the climate and taking drastic action to put an end to that destruction. The goal of the summit and ensuing agreement was to reduce the average temperature of the Earth by two-tenths of a degree Celsius, by the turn of the next century.

Yet the agreement itself could only accomplish a few percentage points of even that miniscule goal, if every signatory nation fulfilled their commitment to the agreement. America’s commitment, which would have cost us billions of dollars, would account for only 0.023 degrees of change, by the end of the century.

One of the biggest problems with the agreement is that each nation is given permission to establish their own goals. Hence, China and India, the first and third largest consumers of coal, respectably, aren’t committing to reducing their coal consumption at all before 2030, the end date of the agreement.

In fact, China, which uses 41% of the coal burned in the world (more than the next 11 consumers combined), is planning on increasing their consumption of coal over the next decade and won’t even consider any reductions until after 2030.

So, what Obama and Kerry had negotiated was a treaty which hurt the United States, while allowing other countries to continue polluting. Even if we take the whole global warming hoax out of the equation and look at the agreement just from the viewpoint of polluting the world we all share, this was a horrible agreement. No wonder President Trump wants to get out of it.

By the way, the United States has drastically reduced our dependence on coal anyway, before the Paris agreement and before Obama’s war on coal. With the energy industry moving away from coal and towards natural gas, the cleanest burning fossil fuel there is, we are making great strides in reducing the pollution we create.

Of course, that creates another problem for the environmentalist; that of fracking. In order to harvest the nearly unlimited supply of natural gas trapped beneath the surface of the Earth, gas companies are using hydraulic fracking to push the gas out of the sedimentary layers in the ground and towards wells where it can be harvested.

Where is This All Going?

Getting out of the Paris agreement will be good for the country. The price tag on reducing global temperatures by 0.2°C by the turn of the century is $100 trillion (that’s not a typo).

By exiting the agreement, Trump is refusing to pay that blackmail and the high cost to our country. That will ultimately help taxpayers and businesses across the country. Oh and, all that money would have bought us essentially… nothing.

But what if it is real? What if global warming or global cooling were something that we should be concerned with? Would the methods that are being proposed by its proponents effective?

No. All that the politicians and environmentalists have done is to create a huge, expensive industry, which lines their pockets, without offering any real solutions. Spending $100 trillion without coming up with a solution isn’t effective use of money, no matter who you are.

Actually, the real cause of global climate fluctuations has been discovered. It’s caused by the main source of heat for the surface of the Earth… the Sun. Variations in the Earth’s orbit around the sun cause the warm and cool spells that have existed throughout the Earth’s history.

But let’s think about this for a moment. First of all, it appears that the orbital variations the Earth has been experiencing are evening out. As far as I know, no scientist has declared that, I’m just basing it on the fact that the “little ice age” of the 17th to 18th centuries was not as cold as previous ice ages. While there was an increase in polar ice, it didn’t come as far towards the equator as had previously happened.

Okay, so it looks like we’re safe; but what if we’re not? What if my conclusion is totally wrong? What if a huge asteroid hits the Earth with enough mass and energy to put more instability into the Earth’s orbit? Would we see an increase in the global warming and cooling periods?

Yes, most assuredly that would be the result.

In that case, with life on this Earth being such a delicate thing, how could mankind survive? What could we do to make it through another ice age or a period of global warming that brought surface temperatures up another 50 degrees? Is there an answer to that?

Actually, the answer to this question has been known for decades. While such a massive shift in the Earth’s temperature would cause massive amounts of plant and animal life to die, mankind could survive, taking at least some of nature along with us. The secret would be to go underground.

An underground bunker or even an underground city could be designed to maintain a reasonable temperature year round, even while the temperature on the surface was considerably hotter or colder than it is today. This solution was proposed as early as the 1970s, back when the argument was whether global warming or global cooling would kill us first.

Or there are other options that humankind could appeal to?