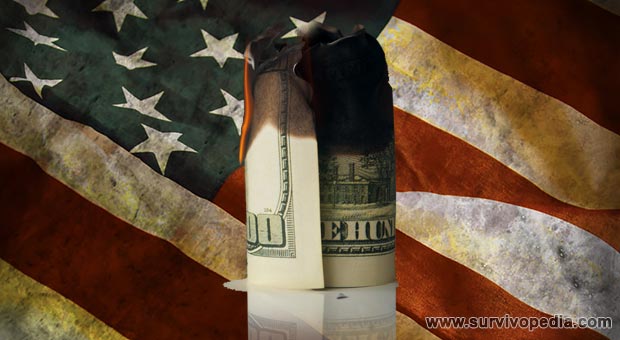 How Obama’s “Economic Recovery” Is Killing the Dollar

It seems as if every day there’s another news report about the economy. President Obama is out campaigning constantly about how well it is doing, but reports that are coming out of the various government departments and independent think tanks belie his constant rhetoric.

If he could do as well at managing our country as he does in campaigning about it, our economy would be skyrocketing.

It’s long been known that the “official” figures we are hearing out of Washington are false. Anyone else would be thrown in jail and the key purposefully lost for being as good at cooking the books as the various branches of our government has become. While not all of this expertise can be blamed on the president, a goodly portion of it can.

The thing about false numbers is that you can only sustain them so long. Eventually, the cold hard facts of life catch up with you, laying bare the lie that you’ve been propagating for all that time. Somewhere, somehow, an overlooked fact leaks out, and everyone sees that it can’t all add up.

That’s what’s happening now, leaving Obama and his cronies scrambling to hide those inconvenient facts. While their efforts are good enough to fool the low information voters, more and more democrats are waking up to see the reality.

However, it’s the classic example of fighting fire with fire. The more quantitive easing they do, the more they devalue the dollar. Eventually, the world’s bankers realize that and balk.for the High Roade

That’s what’s happened in just the last month. The dollar is at its lowest exchange rate in the last eight months. While the difference isn’t all that drastic, it shows us that people around the world are losing their confidence in the dollar.

With the European Union, Japan and China all working to make their currencies the world’s reserve currency, that loss of confidence comes at a very bad time.

We have to realize that there are things happening in the background that you and I never hear about. The creation of the European Union was not just something to make things more convenient for the people living in those countries. It was a political act aimed directly at the United States.

The participating countries are trying to take away America’s global leadership. By combining their economies and their military forces, they almost equal the United States. With the right push, they could overtake us; and Obama seems to be doing everything he can to give our country that push.

There is no reason to believe that the world is likely to do a turnaround and regain confidence in the American dollar as a secure investment. Our country’s credit rating has been downgraded twice in the last five years and is likely to be downgraded once again.

The only reaction out of the White House to that is to instruct the DOJ to investigate the rating agency, Standard & Poor’s, for treason.

Our labor participation rate is at the lowest it has been since 1979, in spite of Obama bragging that the “official” unemployment rate is at 6.7 percent. Of course, to get it that low, it was necessary to administratively remove another several hundred thousand people from the workforce. 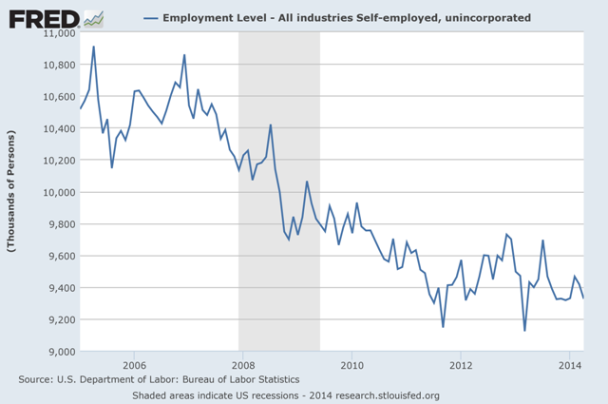 The latest financial bombshell to hit was a double-barreled one. In the first quarter of this year, the GDP (gross domestic product) increased by only 1.1 percent. That’s not enough to keep up with population growth. At the same time, U.S. productivity declined by 1.7 percent, following a 2.3 percent raise in last year’s fourth quarter.

These two figures together show that the supposed recovery that Obama is talking about is nothing more than hot air. Our economy is stagnant and likely to remain so.

What is keeping our economy from growing? More than anything, it is the anti-business policies out of Washington. Our current administration looks at businesses as nothing more than a pocket to pick. When liberal politicians put more burdens on businesses, increasing costs, they reduce those same businesses ability to hire. Those politicians can’t seem to understand that businesses need to make a profit to survive; perhaps because they have never run a business themselves.

We can see this in a number of the liberal initiatives of the last few years. Obamacare burdens businesses with a massive bill to pay for healthcare insurance. Due to Obama unilaterally delaying the implementation, we have yet to see the 2.7 million jobs that will be lost from Obamacare. However, we have already seen how the uncertainty that Obamacare has caused has prevented businesses from hiring additional staff, slowing job growth.

When we look at the proposed $15 minimum wage that has become part of the Democrat platform, we see another example of people who don’t understand business. Wal-Mart, our nation’s largest retailer, would go bankrupt if they tried to pay everyone $15 per hour, without raising their prices. Of course, they aren’t looking for a suicide pact, so they’ll have to raise prices, nullifying those higher salaries.

The problem is that the administration is using a flawed economic model. All of them subscribe to the progressive Keynesian economics model. Amongst other things, this states that government can build up the economy by injecting stimulus money into it. That’s why we saw so many rounds of government stimulation when Obama first entered office. However, we haven’t seen the promised results. Their answer to that is that we need to do another stimulus.

The idea behind stimulus packages is that the government gets back $1.50 for every dollar they put into the economy. There’s only one problem; that’s an unproven theory, not a known fact. Looking at the recent stimulus efforts, it looks like the only ones who got anything were bank executives and executives of failing green energy companies. The economy didn’t do a lick better.

So, where does this leave us? I hate to say it, but we’re still on the fast road to an economic crash. The only real questions are when it will happen and what will trigger it.

The new Fed Chairwoman has already gone on record stating that we can’t sustain the current national debt. With it growing daily, there’s no question that we are heading into troubled waters.

I hope your boat is ready.

Find out how to survive the economic meltdown on Conquering the Coming Collapse.