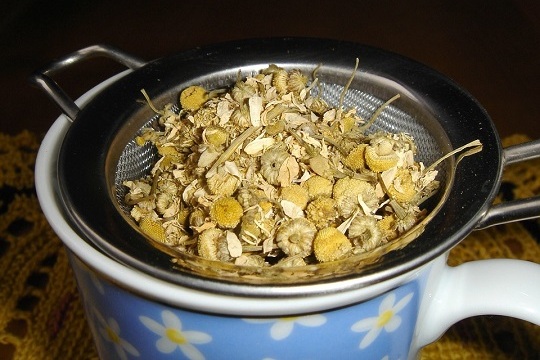 8 Natural Ways To Get Rid Of Sleep Disorders

Sleep is absolutely critical to your health, but many of us just can’t seem to get enough.

When you’re asleep, your body reboots. It focuses all of its energy on healing and revitalizing, because it doesn’t have to focus on walking, talking, thinking, eating, or any of the other myriad activities that it has to keep up with during the day.

Whether you can’t manage to get to sleep at all or you sleep lightly and/or wake up frequently, you’re likely not firing on all cylinders and your body is paying for it.

Fortunately, there are some truly effective natural remedies for sleep disorders out there, so you don’t have to depend on manmade sleep aides that are expensive, unhealthy, and may not be available if SHTF.

Health Effects of Not Sleeping

So you miss some sleep. No big deal – you’re just a little groggy, right? Well, not that trudging through your day feeling like crap isn’t bad enough, but it’s also not the worst thing that’s going on in your body, either.

Probably the two systems in your body that are most effected by lost sleep is your brain function and your immune system. Everybody’s had a sleepless night or two, so you know how you feel – your reflexes are much slower, you can’t concentrate, and your decision-making skills are impaired. And that’s just from one night of poor sleep!

If you experience chronic insomnia, or don’t get enough of the right kind of sleep regularly, these issues can become much more pronounced and can lead to conditions such as depression and anxiety. It obviously plays a huge role in your work performance, and can impact your overall mental health.

And those are just two systems that sleeplessness impacts! So, what’s the answer? You can always take over-the-counter sleep aids, but there are a few problems with that choice.

First, they have side effects. OTC sleep medications make you groggy, dry up your sinuses, inhibit your cough relax, and cover up your immune system’s allergic response. Why do they do this? Easy – if you look at the ingredients of popular sleep aids and common cold, flu, sinus, and allergy medicines, they’re the same exact ones!

That’s right – Big Pharma realized that one of the major side effects of cold and allergy meds is … wait for it … drowsiness.

For example, Benadryl and Unisom contain the exact same ingredient: diphenhydramine HCL, 25 (or 50) mg. Huh. What a surprise – we’re being conned by pharmaceutical companies. Typically, the sleep aids are pricier than the exact same med that’s labeled as a cold or allergy med.

That’s not the only sleep med that’s like that, either. Just look at your labels.

So, we have side effects … or would that be we’re taking a cold med because we WANT its side effects? Either way, it’s a chemical and it messes with more than your sleep. Plus, they often leave you feeling groggy the next day, which means that you really shouldn’t drive or perform other dangerous tasks until the effects wear off. And your cognitive abilities will still be sluggish. Yay.

8 Natural Remedies that Make You Sleepy

Now, that’s not to say that all sleeping meds are that way, nor am I telling you that you shouldn’t take a medication if you’ve tried all other reasonable methods and still aren’t sleeping. You need to sleep. I’m just here to offer you a few alternative therapies that may help, that are time tested and proven to work.

Find out the secrets that helped our fathers survive in the old days!

Also, if you have problems sleeping and you worry that someday you may not have insurance to pay for it, or that something may happen and the meds won’t be available, you’ll have some back-up methods. 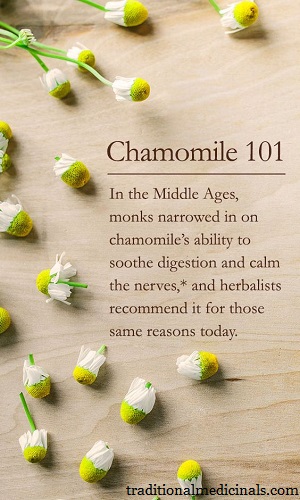 This one isn’t a myth or some new-age hooey, if that’s the way that you tend to view herbal treatments. It’s been extensively studied and has a ton of scientific research to back up the chemicals in it that make it effective as a sleep aid.

If you’re allergic to ragweed, use cautiously until you determine whether or not chamomile will bother you, too.

One of the common old-wives sayings is that you should plant lavender for luck. Well, it’s good for relaxing, too. One of the biggest problems that many occasional insomniacs have is stress. You simply can’t shut your mind down so that you can go to sleep. Both Chamomile and lavender are wonderful for this.

The effects are mild, but if all you need is a little boost to help you relax, this may be just what you need. It smells lovely, which is why it’s often used in sachets that are places under the pillow, perfumes, soaps, and lotions. It’s shown to be calming, soothing and sedating, which makes it great for insomnia, anxiety, fatigue, and depression, to name a few. You can make a tea with the flowers or rub a bit of the essential oil onto your skin or hands and sniff.

That warm glass of milk that grandma may have given you before bedtime actually has some science behind it. The chemical that makes us sleepy, melatonin needs calcium and magnesium – preferably consumed together – to convert the chemical tryptophan into melatonin.

Speaking of tryptophan, you need it in order for your body to make melatonin, and you get it from eating carbohydrates such as whole grain oats, corn, quinoa, and brown rice and some proteins, including turkey.

Just a note on magnesium – because only one percent of it is stored in your blood, it’s not commonly tested However, it’s estimated that as many as two thirds of us may be deficient in this vital mineral. Green leafy veggies, seeds (particularly pumpkin seeds), yogurt, almonds, black beans, and avocados are all good sources of magnesium.

Lemon Balm is often used in conjunction with the other herbs that I’ve listed here. It’s historically been used to increase mood, reduce stress, and improve appetite and digestion. When studied alone, which it very rarely has been, it did improve mood and significantly increased alertness and calmness. Since alertness is the opposite of what you’re going for, maybe that’s why it’s paired with the other herbs.

This bright, citrusy scent has been used for centuries as a calming agent and a mood elevator. It’s commonly used in perfumes and confectionary endeavors because of its sweetness, and when it’s diffused, it has powerful effects on clarity and mood stabilization so that you can relax. If you’re looking for something to help you turn off your brain and relax so that you can sleep, either diffuse bergamot or rub a drop or two in your hands and inhale. 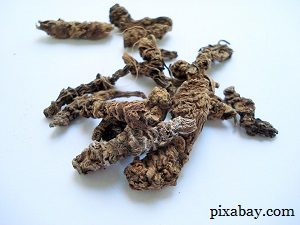 This one’s been used for centuries and has many scientific studies to back it up, too.

Valerian root, specifically the valerenic acid and valerenol found in it, work together to act to promote healthy sleep.

It helps increase the level if GABAs, the chemical that soothes anxiety and regulates nerve cells, in your brain. This is the exact function that both alprazolam (Xanax), and diazepam (Valium) perform to reduce anxiety and induce sleep. So, we have a root that works just like two of the top anti-anxiety sleep aids on the market? Hmm.

Oh, and studies are now showing that it also may keep your brain from reabsorbing GABA, which means there will be more available, and valerian may also inhibit an enzyme that destroys GABA. Sounds like a root worth trying, right?

Passion flower was actually approved at one point for use as an OTC sleep aid but was pulled in the late 70s when they started cracking down and requiring that medicines be extensively studied before being approved. It acts in much the same way as the other supplements that we’ve discussed.

A decade or two ago, this plant was lauded as the homeopathic or poor man’s Prozac because it has such a wonderful effect on mood. Millions of people take this supplement as a replacement for chemical anti-depressants and to help with sleep.

Despite much studying the exact function of the active ingredient, Hypericum, is still a mystery; all researchers know is that it works. Since you can grow St. John’s Wort right in your back yard and it’s actually quite pretty with its yellow flowers, it would be a good medicinal herb to have on hand.

Insomnia is miserable even for one night, but if it’s a problem that you deal with chronically, you’re putting your health at serious risk. Remember that even though most of the herbs listed about have little to no side effects other than what they’re used for, and they’re not addictive, they still have medicinal properties and need to be respected for that.

Learn about your allergies and about what dosages may be right for you. Whatever you decide to try, I wish you sweet dreams!

If you have an herb to add, or would like to share your results or add more to what I’ve already written, please do so in the comments section below.