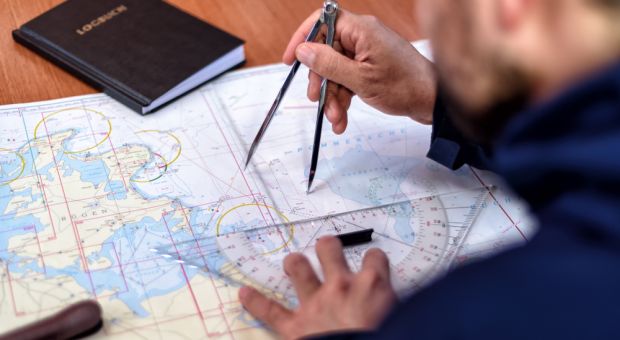 3 Steps To Find Your Way Without GPS

Navigation today is all about using a GPS.

Need to go to a store? Grab your phone and put the GPS to work. Meeting someone for coffee? Grab the GPS again. The convenience of GPS has drastically changed people’s relation to the world around them, replacing a map and compass as the preferred means to find your way from here to there.

I still remember when GPS first came out. I was an artillery officer then and we were some of the first to make use of it. Rather than having a whole platoon of surveyors determining where we should set up an artillery battery, all we needed were two guys in a Jeep. They could get just as accurate a position fix as the team of surveyors, and they could do it a whole lot faster. GPS changed artillery … perhaps forever.

But what if the GPS goes out? What do we do then? For my artillery brigade, the loss of GPS would mean not knowing with any precision where the cannons were located, which meant we couldn’t fire accurately. For our daily lives, not knowing where we are might mean that we miss that coffee date. But in a bug out or emergency survival situation, not knowing where you are can end up meaning the difference between life and death.

There Will Always be a Place for Maps

Maps have two distinct advantages over GPS: they don’t need batteries and they don’t need a constellation of satellites feeding them information. For these two reasons, maps will never become obsolete, regardless of how good our technology gets.

All it takes for a GPS to stop working is a dead battery, no matter how sophisticated the device. Worse, if an EMP attack ever does happen, you can forget about GPS coming back for decades. Not only will the EMP clobber our electronics down here in the surface of the planet, but it will probably destroy every satellite in this hemisphere.

Considering the ease of losing battery power, it’s always a good idea to keep track of where you are on a map, even if you are using a GPS. Besides, it’s much easier to get the big picture of the land around you from a paper map, than from the limited view you have on a GPS screen. So, even if you are navigating with a GPS, don’t depend only on it, use it to show you where you are on a good, old fashioned map.

Switching to the Map

Okay, so you’re on a backpacking trip somewhere and your GPS goes out. This is a classic time for needing to use that paper map that I hope you’ve been tracking yourself on. If you’ve got a good topographical map, such as those available from the USGS (US Geological Survey), you should know just about exactly where you are, as long as you’ve been updating your position on that map regularly.

If you’re able to find some sort of “hand rail” (any linear feature, such as roads, streams, ridgelines or man-made structures which can help you get an exact position fix), you can have a great starting point. If not, you should know about where you are from the regular position fixes that you’ve been doing.

Find Yourself by Triangulation

The first thing to do at this point is to try narrowing down your location by triangulation, if you can’t pinpoint it from hand rails. Triangulation consists of taking bearings on two obvious features that you can see and can locate on the map. These features might be things like radio towers and road intersections, but they could also be a bend in a river or the peak of a mountain. You use whatever you have.

Use your compass to determine the bearing, in degrees, from where you are to your two recognizable features. The more accurately you can do this, the better. Then, mark a pencil line, creating a reciprocal bearing (opposite direction) from each of those features back to you.

Where those two lines cross is where you are. How accurately that will locate you will depend on how clear your terrain features are, the scale of the map (a smaller scale will give you greater accuracy) and how well you did your work.

The next step is figuring out where you want to go and how to get there. The topographical map will help you there, as it will allow you to see what the terrain is like around you and between where you are and where you want to go. This will allow you to pick a route that meets your needs, whether they are to remain hidden from prying eyes or to get yourself back to camp the easiest way.

Triangulation is great, when it works. But there will always be times when you can’t see usable landmarks. This could be because it is nighttime, because of inclement weather or just because there are no obvious landmarks within visible sight. Can you imagine trying to triangulate your position when you’re in the middle of the flat plains Kansas farmland?

You have three basic ways of figuring out where you are, what we could call your starting point:

There’s actually a fourth one, using a sextant to determine your position, but that’s normally only used when out in the middle of an ocean. I don’t carry a sextant in my survival kit and I don’t expect you will either. Although I will say that an antique brass sextant would look nice sitting on a shelf in my office.

The ability to see landmarks is not only important to figure out where you are, but also to determine where you are going and how far you are along the way. But what do you do, if you can’t see well enough to pick out those landmarks? That’s where dead reasoning comes in.

The basic idea of dead reckoning is that you travel in a known distance for a known direction from a known starting point. Assuming that all three of those things are at least fairly accurate, you should have a pretty good idea of where you are at any particular point in time along that way. By making periodic stops and marking your progress on the map, you can keep yourself from getting lost.

The easy part is in knowing what direction you are traveling. Any compass will tell you that, assuming you know how to use it. If you can see well enough to pick out landmarks ahead of you, you can walk towards those landmarks, keeping yourself on track. If you can’t see the landmarks, you’ll need to look at your compass frequently, so that you can maintain your bearing.

Maintaining your bearing can be challenging enough in rough terrain, but if you’re careful, you shouldn’t go far off. The harder part for most people is figuring out how far they’ve gone. In days gone by, pilots figured this out by their airspeed; traveling so long at such and such a speed equals so much distance. But we can’t count on that. We need to count our steps and convert that to distance.

The length of your stride will vary, depending on a variety of things, such as: how rough the terrain is, how tired you are, whether you are walking uphill or downhill, the weather, daytime verses nighttime, and your health. Nevertheless, you need to find out what your average stride is, for a variety of different scenarios.

I remember doing this in the army, where we would have to walk 100 meters in a variety of different conditions, over and over again, to determine what our personal stride was. We would count every left step, making a stride two steps (right-left). So, in other words, we were trying to find out how many steps we took in those 100 meters. Knowing that, allowed us to count our strides while doing dead-reckoning navigation and tell how far we had gone.

On a road march or map problem, two people were given the responsibility of counting their steps. These would not be the point man or the rear guard, but rather, someone in the middle of the group. Using two meant that if one lost their count, we would still have a count.

Every time we changed direction or took a break, the men who were counting would convert their count to distance and then take the average of that distance. That would be marked off on the map as the distance we had covered.

Obviously, dead reckoning isn’t perfect. Measuring how far you’ve gone by your stride is not an exact science, no matter how hard you might try to make it one. When traveling through rough country, staying on bearing can be extremely difficult. Even so, at the absolute worst, you’ll have an idea where you are, within a couple hundred yards, at all times.

When navigating in this manner, you want to take every chance you get to use a hand rail to update your position fix. You will probably find that you will be close, but that you’ll need to make adjustments. That’s okay; the main thing is, you won’t be lost and you’ll have a good idea of how to get where you’re going.

While map reading and land navigation skills aren’t all that complicated, doing them automatically takes some practice. You really don’t want to wait to learn them, until you need them. By then, it may be too late to learn.

The other important thing is to make sure that you get in the habit of using a paper map to back up your GPS, when you’re out in the country. That GPS could fail at any moment, leaving you wondering where you are. It really doesn’t take long to locate yourself on the map, if you have the coordinates from a GPS.

Besides, taking that moment will help you put the land around you in perspective, so that you can enjoy it even more. 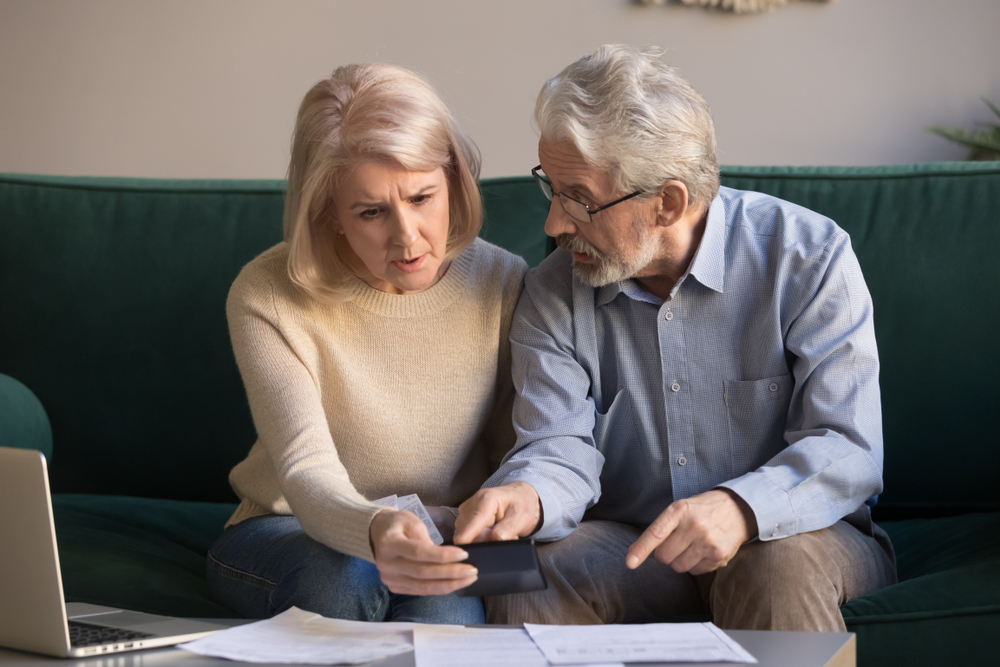 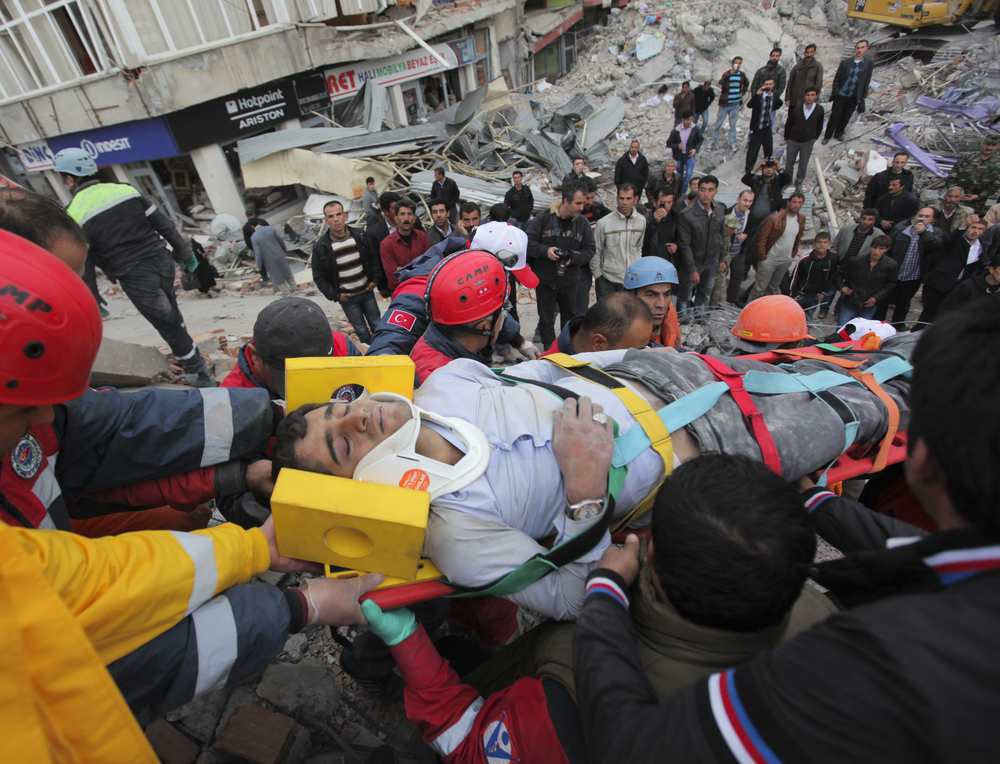