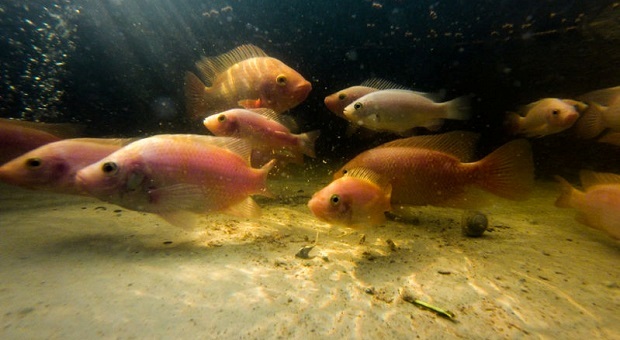 12 Troubles & Solutions For Your Aquaponics System

Setting up an aquaponics system isn’t quite as easy as you may think, though it’s not brain surgery, either.

It’s also a great way to grow fish and plants at the same time, in an unobtrusive loop that provides fresh produce grown in nutrient-rich soil and a healthy protein source, raised in an environment that you know for a fact isn’t steeped in chemicals or mercury.

Plus, it’s a huge step toward self-sufficiency.

However, as with everything we do, things go wrong. That’s when it’s a good idea to turn to somebody who’s been there.

I don’t have a system myself, but I contacted some folks who do, and they gave me the lowdown on some of the most common problems to pop up in an aquaponics system so that I could share them with you.

I’ve also included some rookie mistakes that are common, so that you can maybe avoid them before you make them.

1. Don’t Forget to Stir the Hydroton

Even though hydroton has a great surface area and isn’t prone to packing down, you don’t want to allow anaerobic conditions to develop in little pockets.

This can kill your plants, or at least cause root rot. Make sure that you stir it every few months just to keep everything running smoothly.

2. My Plants are Dying

Unfortunately, if your plants are dying, there can be several different problems that are causing it. Go back through and check to make sure that they’re getting plenty of water and oxygen – check the roots to see if they’re healthy because that’s a good indicator.

The pH may be off, or you might have parasites or fungi. These two problems are fairly easy to diagnose. Check your pH using strips, and examine your plants for signs of bugs or mold.

If your ammonia ratio is off, the solution is simple: feed the fish and reduce the number of plants that you have. If your system doesn’t self-correct the pH, you need to consult an expert because moving too far in either direction will kill your system.

These horrible, plant eating mini-monsters are the bane of many a farmer’s existence.

They can knock off a plant population faster than you can say beautiful tomatoes, and they’re hard to get rid of. If you get them, plant more dandelions and carrots because they attract ladybugs, which eat aphids.

Ladybirds eat them, too. This is a war, though, so make sure that ants are farming the aphids, because if they dare, the ladybugs will be killed. Also, make sure you introduce your ladybugs at night.

If your plants are fading, there’s a mineral deficiency. You could to do a mineral test on your water to see what it’s missing, which is what a lot of rookies may rush to do.

Just use Maxicrop or another good-quality mineral fertilizer and use it according to directions.

This seems to be a top concern on many of the boards that I visited and the reason is so simple that you’re going to laugh, especially when I tell you that it’s relatively easy to fix.

Just like in college, there’s probably soap in the fountain. Some detergent or another has made its way into your system, and the solution is to do a 50 percent dechlorinated water change every day until the foam goes away.

Make sure that you always used cleaning products that won’t harm your fish or your plants, and always clean in such a manner that you don’t shock your fish. Keep as many good bacteria as possible alive in your system.

It’s common to have a dead fish sometimes, but if it becomes a regular occurrence, or there’s more than one dead, you need to check your system, especially the ammonia levels.

Too much ammonia will kill your fish quickly. The easiest way to fix this is to prevent it by checking your levels regularly.

If the problem continues, check all of your system components, including your bell siphon. Make sure that there’s plenty of oxygen in your water and that you’re flushing frequently enough.

It’s tempting, even for experienced gardeners, to want to save space by placing the grow beds above the tanks, but resist the urge because it can cause a ton of problems.

Oh, and you’re probably going to want to change the waters, or you may need to at some point. If you can’t access the tank, that’ll be tough.

8. Letting the Water Get too Hot

This can be a problem for a couple of reasons. Warm water encourages algae growth, but the main problem is that many fish aren’t tolerant to warm water.

If your tank is exposed to the sun for the majority of the day, you may cook your fish, or the oxygen in the water will decrease to the point that your fish will suffocate.

We just discussed the smaller parasites, but now let’s talk about the bigger bugs such as beatles that will eat your spinach faster than you do.

You can deal with them by using an organic bug repellant such as garlic  water that won’t hurt your fish, you can spray them off with the hose, or set up a bug trap that possibly drops them into the fish tank, where your fish will snack on them, or you can arrange for predator bugs that will kill your insects but leave your plants alone.

Spiders, wasps, certain flies, and certain beetles will help you get rid of many predator bugs.

10. Having too Many Fish

This is important if you want a functional system. If you have too many, big fish will eat the small ones, and the biofilter won’t be able to effectively convert or catch all of the fish waste.

A good rule of thumb for beginners is to keep one fish per every eight gallons of water or so.

11. Leaving the Algae in Control

Algae is natural, but you don’t want it to get crazy because it will cause harmful fluctuations in the pH of the water. Make sure that you clean around all of the fixtures of your system as well as in the tank.

Some people feed their fish hourly, but that’s not typically necessary. It kind of defeats the purpose of having a circular system that takes care of itself fairly well. You should feed them more than once a day, though.

There are several problems that can happen with your aquaponics system, but most of them are fairly easy to troubleshoot. If you have a problem that you just can’t solve, there’s a huge community out there that’s willing and able to help, so you’re not going it alone.

The one piece of advice that a couple of my experienced aquaponics gardeners offered was to learn as much about the process as possible BEFORE you start putting yours together.

That way, you have a good idea of what you may run into and can avoid many of the common problems.

If you have anything to add about troubleshooting aquaponics systems, please share it in the comments section below.