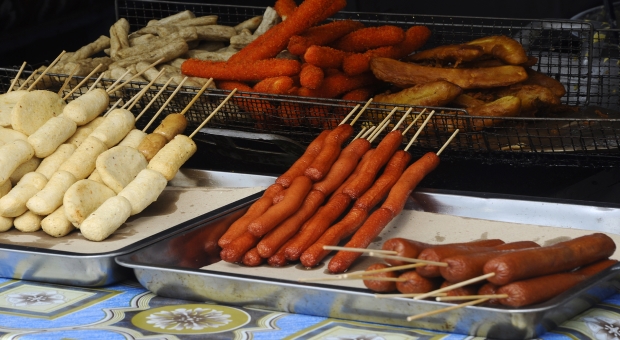 Why You Need To Avoid These 10 Processed Foods

Have you ever wondered what’s wrong with the society?

I mean, why are so many people morbidly obese, even children? We live in a country where even poor people are orca-fat. Don’t you think that’s somehow strange?

For example, approximately 20 percent of Americans die from obesity-related diseases, including cardiovascular problems, various cancers, depression, dementia and Type 2 diabetes, to name just a few. And here processed foods come into play. If you’re old enough, you probably remember how “back in the day”, not so long ago, most of our daily diets consisted of fresh and locally grown foods.

Nowadays, everybody eats “out”, whether they order “Chinese food” or pizza or whatever at home, or in restaurants, in the school cafeteria or at work. The problem is that this type of “diet” consists of mostly junk food, also known as processed food, a food filled with chemical preservatives and additives, sugars and all sorts of highly processed vegetable fats.

What is processed food?

Basically, processed food is the opposite of fresh, whole foods, which incidentally is what our ancestors used to eat for thousands of years. I understand, there’s nothing more satisfying than eating junk food while binge-watching the latest season of Game of Thrones on Netflix. However, overeating processed foods will put a significant dent in your life span, and you can take this to the bank.

In the “current year”, more than half of our “western diet” calories comes from processed foods, also known as fake foods. And the demand for crap-food is increasing year over year actually, hence the industry of packaged foods is thriving. Nestle, McDonalds and other crap-food industry giants are expanding aggressively all over the world, and people get hooked on their “drugs” even in places like China, India or even Ghana. Why? Because junk processed foods are cheap and they provide you with tons of empty calories in a matter of seconds.

Low price and convenience, that’s the secret of processed foods, and the end result is a costly yet increasingly common health issue. I am talking obviously about obesity. Almost 20 percent of American children are now obese, and the figure is raising fast. More than 40 percent of adults are in the same situation. I mean, not overweight, but obese. Just 20 years ago, the respective figures were 14 percent for children and 30 percent for adults, which means the problem is only getting worse by the day.

According to various scientific studies, the obesity epidemic is closely related to the American public’s love/hate affair with processed foods, high-carb diets, sodas and a sedentary life-style. Obesity is on the path of overtaking smoking as the main cause of cancer deaths in North America, and according to recent statistics, millenials are already more prone to develop obesity related cancers than previous generations. Speaking of cancer, half a million people die of obesity related cancers worldwide, and the number is growing slowly but surely.

Belly fat in adults is associated with various health risks, including cancer and cardiovascular disease. According to a recent study published in Lancet by the American Cancer Society, obesity related cancers are on the rise among millenials at a much higher rate compared to baby boomers, and the vast majority is obesity related, including kidney, endometrial, pancreatic, gallbladder and multiple myeloma. Here’s from the study:

“The obesity epidemic over the past 40 years has led to younger generations experiencing an earlier and longer lasting exposure to excess adiposity over their lifetime than previous generations. Excess body weight is a known carcinogen, associated with more than a dozen cancers and suspected in several more … Investigators led by Hyuna Sung, Ph.D., analyzed 20 years of incidence data (1995-2014) for 30 cancers … covering 67 percent of the population of the U.S…Incidence increased for 6 of the 12 obesity-related cancers … in young adults and in successively younger birth cohorts in a stepwise manner. For example, the risk of colorectal, uterine corpus [endometrial], pancreas and gallbladder cancers in millennials is about double the rate baby boomers had at the same age …”

It goes without saying that the obesity epidemic is a real health crisis which is definitely fueled by the dramatic changes in our daily diets from the past 30-40 years. When people switch their diet from traditional whole/fresh foods to processed/fake foods (including processed sugar, white flour and bad vegetable oils), systemic health issues are inevitable, and today’s society is living proof of that. 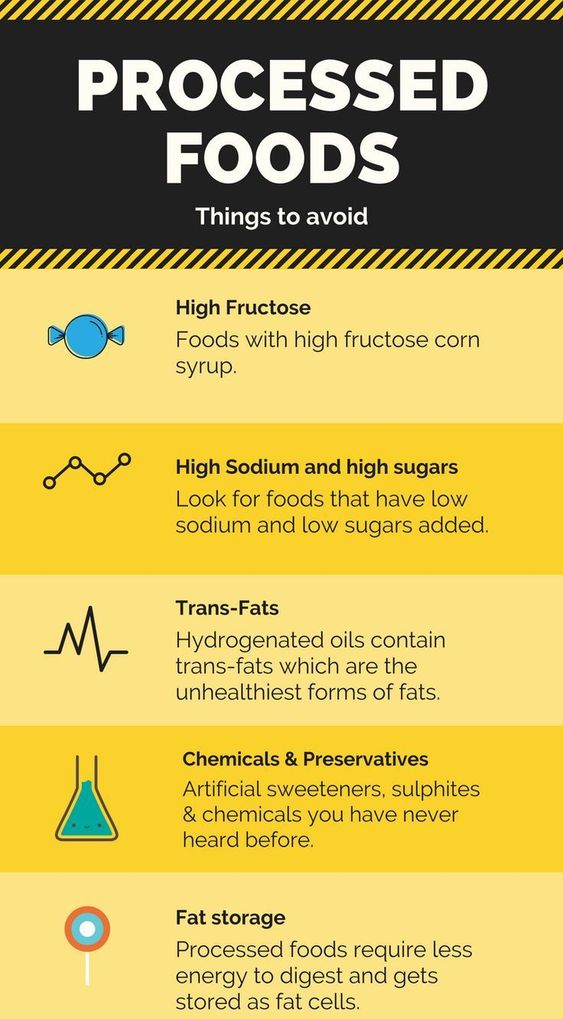 What’s wrong with the modern diet?

That’s an easy one: over the last 2 centuries, we’ve upped our sugar intake from 2 pounds per year to a whopping 152 pounds. Ideally speaking, we should get ten percent tops of our daily calorie intake from sugar, but the real figure is 30+ percent, everything based on a 2000 calorie diet.  The ten percent goal is quasi-impossible to achieve if you’re eating processed foods on a daily basis. A mere 7.5 percent of the US population meets the 10 percent max recommendation by the way. Just to give you an idea about what’s going on, you’d have to walk briskly for half an hour to burn off the calories contained in a 12 ounce soda. How often do you do that?

To make things even more interesting, you’d be looking at a 75 minute walk for a piece of apple pie, and you’d probably have to run circles around the globe after a trip at Burger King, KFC or McDonalds. I am only exaggerating for dramatic effect, but high diet carbs, with an emphasis on junk food and soda consumption, are particularly harmful for children, and just as risky as smoking in terms of increased cancer risk. America saw a 20 percent calorie increase between 1970 and 2009, which means 425 calories per day on average. And yes, sugar in junk foods is the main culprit, along with shamelessly advertising crap food to children. Junk food giants like McDonalds and Burger King often add dangerous chemicals, salt and sugar to their foods in order to attract more customers, as these substances are known for triggering people’s appetites, with the end result being our health getting destroyed, as these substances kill beneficial gut bacteria while making us fat and miserable.

As processed food has become the new normal, so has obesity, diabetes in children and other chronic illness. Sixty percent of the food we eat is actually “ultra-processed”, and if you’re wondering about what that means, think along the lines of  “food” you can buy at a gas station.

If you’re insulin resistant and overweight, struggling with chronic disease, the first thing on your “to-do” list should be to drop processed foods altogether, along with cutting down hard on your refined sugar consumption.  As an interesting factoid, the US health system spends over $1 trillion (that’s 1000 billion) on treating junk food/sugar related diseases annually.

Here are the top ten processed foods to avoid

They contain the most chemicals/preservatives to increase shelf life, along with toxic ingredients such as hydrogenated oils, trans fats, maltose, dextrose, refined sugar and various other “additives”.

First, there’s bacon, which is delicious, I know,  but modern “commercially available“ bacon is pumped-up with high levels of salt, saturated fat and carcinogenic preservatives, including nitrates.

Second, we have the famous so-called healthy granola bars, which are bursting with added sugar, and despite the aggressive marketing, they are not healthier than a Snickers or Mars bar. Just take a look at the impossible to pronounce words on the ingredients list and you’ll see what I’m talking about.

Flavored nuts are also a no-no, as they contain massive amounts of salt and sugar; the same goes for microwave pop-corn, as you’ll get more than you bargained for in the shape and form of Perfluoroalkyls, a common food additive which is highly toxic, along with massive doses of saturated fat and salt. Dried fruit and fruit snacks are also marketed as the “healthy option” to candy and cookies, but the truth is, they’re inaccurately named food, as they are filled to the brim with artificial sweeteners. If you want to eat healthy sweets, go for real fruit instead, like bananas, mangos, kiwis, grapes etc. 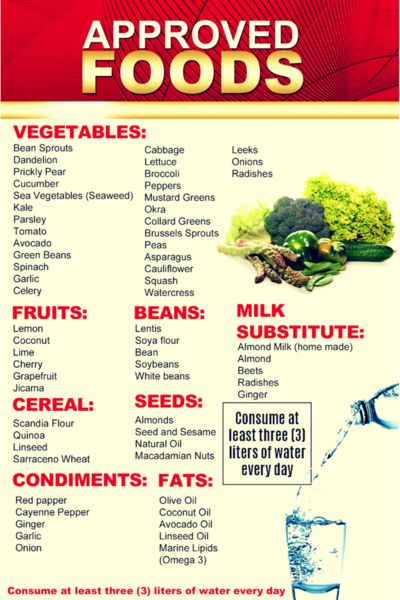 Margarine is yet another improperly named food, and the funny thing is that margarine was marketed as the safe alternative to butter, which is kind of hilarious. Margarine is basically a highly processed fake food, and contains massive amounts of the unhealthiest fats of all, trans fats respectively, which are linked to heart disease and stroke. Ketchup is one of America’s favorite “condiments”, yet it spells bad news, as modern ketchup is basically devoid of any nutritional value; instead of “food”, you’ll get a strange goo composed mostly of sugar and dubious chemicals marketed as tomatoes. Frozen dinners and instant ramen are also to be avoided like the plague; just check out the ingredient list, it sounds like gibberish if you don’t have a PhD in biochemistry.

The general rule of thumb is: don’t eat it if you cannot pronounce it. Make a habit from reading food labels and always choose fresh meat/veggies/fruit instead of canned/frozen ones. Processed foods are basically engineered to make you overeat, as the chemical substances inside are designed to trigger a powerful reward response in your brain, i.e. it’s very easy to overeat processed foods. Have you ever “overdosed” on freshly cooked meat, fruit or veggies?

Also, processed foods are designed to be addictive, as they stimulate the brain release of dopamine, which makes you feel good even if you ingest nothing more than empty calories. For example, Oreo cookies were found to be as addictive as morphine or cocaine.

if you want to live a long and happy life, eat real food, and you’ll see your health improving, as diet is the key factor in regard to one’s longevity and health. I hope the article helped. If you have suggestions or comments, let us know your thoughts in the dedicated section below. 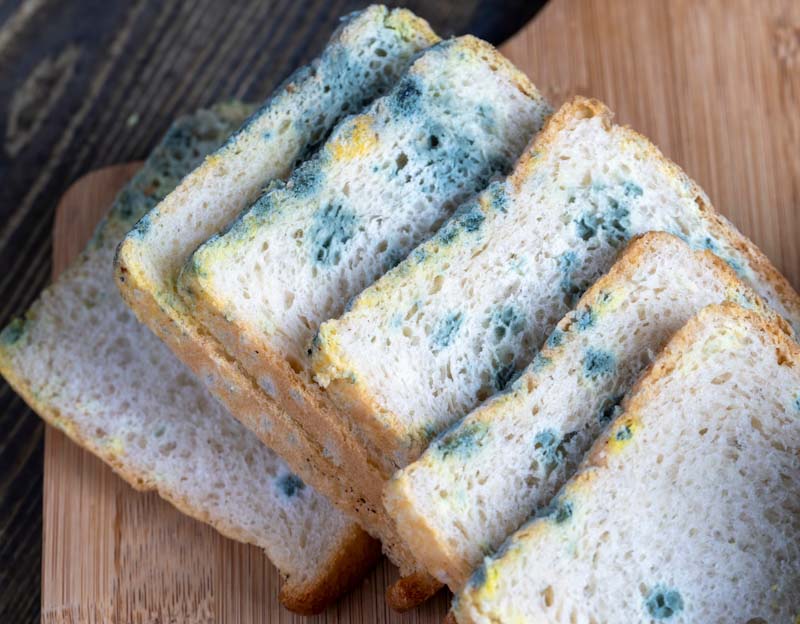