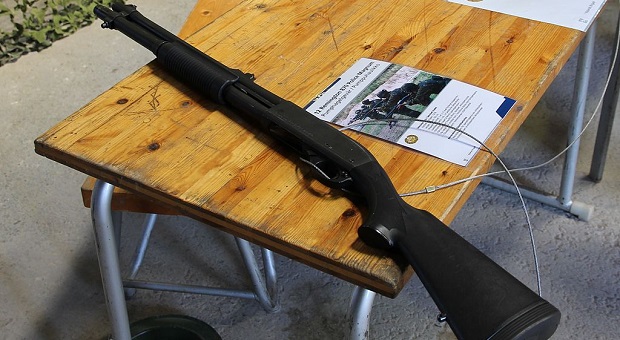 Why To Choose A Remington 870 For Defense

One of my old weapon instructors used to refer to the pump action shotgun as an instrument of the Lord: it brings truth and understanding to the disbelievers.

That’s a good reason to keep on hand for home defense the pump action shotgun.

You do not have to be an expert marksman to shoot or hit your target; just point and pull the trigger. The sound of the pump action shotgun when chambering a round is like no other sound on Earth.

And from all the pump action shotguns, Remington 870 would be my first choice.

There Are 6 Reasons Why You Need a Pump Action Shotgun

The pump shotgun has more power than the average pistol. Throughout history shotguns have been the backup arm of police and sheriff departments in America.

The pump shotgun is a great equalizer in close defense of your home and protecting your family.

You can clean and maintain a pump shotgun with both improvised or conventional cleaning supplies. A cleaning kit for bug out bags can be made in a small compact package that takes up very little room.

Also, improvised supplies can be used to clean and maintain other firearms.

Pump shotguns are cheaper and more available than most rifles. With a couple of hundred dollars in any Walmart , the average law a bidding person can buy a shotgun, (as long as you can pass the firearm background check). With the low prices of the pump action shotguns you can afford to buy more than one of them for your defense needs.

Yes, the pump shotguns are modular. If you do not like the wooden furniture on the shotgun you can change it to synthetic parts.

The shotgun can be set up with a longer barrel for hunting. By changing to a shorter home defense length barrel (18”), the pump shotgun is now ready to better protect the family in close quarter fighting.

If you want a cruiser type shotgun with only a rear pistol grip, this can be done by replacing the rear stock with a pistol grip. There are also many kinds of accessories from slings, lasers, lights, and shell holders.

Remember to use the KISS Theory when deciding which accessories to put on your pump action shotguns.

Tactical lights that are mounted on the shotgun forearm are very important to make a correct identification of an individual or a group of individuals at night. This light allows hands free operation when needed to stop a criminal incident, or if lethal force is needed to defend one’s life.

What Is a Shotgun Gauge?

Shotgun barrels are not chambered in calibers, but in gauges. A gauge is the number of pure lead balls it takes to roll down the barrel that is the same diameter as the internal diameter of the barrel to make a pound. This was an old English  Imperial measurement.

Choosing the Gauge for You

When choosing a shotgun gauge pick one that is suitable for your build and needs. Recoil must be considered as a determining factor along with availability of shotguns and ammunition. The 12 Gauge shotgun is the most bought shotgun gauge in the USA. For this reason12 Gauge ammunition is easier to find and buy than other gauges.

I would not recommend the 10 Gauge because of the very heavy recoil, hard to find, and expensive ammunition. The 16 Gauge is also an almost obsolete gauge and the shot shells can be very expensive. This makes it mostly unsuitable for home defense and survival preparations.

Slugs can be sometimes very hard to find outside of shotgun only deer hunting states.

Which Type of Shotgun Is Best for You?

The advantages of a shotguns are threefold.

Semi-auto shotguns are good and have less felt recoil, but you must take the following into consideration before buying one:

Why to Choose a Remington 870

The receivers are milled from a solid billet of steel for strength and durability. Twin action bars ensure a smooth, reliable non binding action.

There are many variations of this shotgun and all will serve you well. When it comes right down to it after you have researched all the brands of pump action shotguns that interest you, only you can decide which pump action shotgun appears best for you. 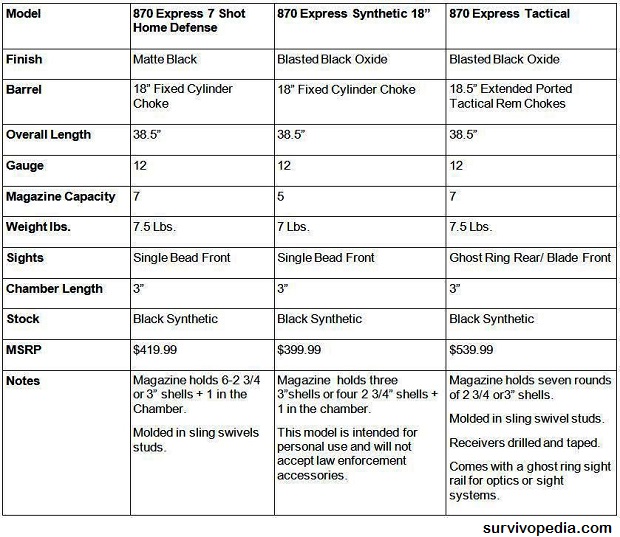 Now that you have your shotgun, it is time to shoot it and become familiar with it. Please read the owner’s manual and understand it. Clean the shotgun before shooting it. Finally if you have any questions about the shotgun call customer service and speak to one of the gunsmiths because they are the best source of the right and the correct information that you are looking for.

One of the best ways to sharpen your defensive and shooting skills is to shoot skeet and trap. These two shooting sports will help you learn how to lead the target and to follow through.

When training in different scenarios always use the exact ammunition that you will be using in a crisis situation. If you do not, the recoil may be less or much more than the practice ammunition. The point of impact could also be higher or lower than you are use to.

Training in the Outdoors

When training for outdoor scenarios, learn how to safely shoot slugs, buckshot, and shot shells. Know the pros and cons of each. Always train with safety in mind and always know what is behind your target. Finally, do not shoot until you have positively identified the target.

It is my opinion that the Remington 870 pump action shotguns are excellent survival and home defense shotguns. These shotguns have stood the test of time for over 50 years.

Remember that a personal defense weapon should be something you feel comfortable carrying at all times. Learn from the experts the secret of self-defense. Click the banner below to grab your guide!