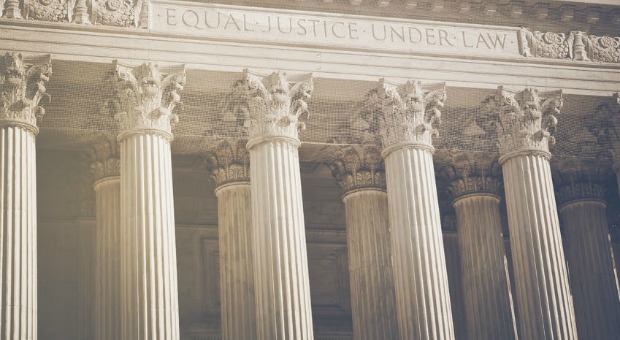 Where Is The Moral High Ground?

The liberal left loves to act as if they own the moral high ground. They regularly look down their noses at those of us who call ourselves conservative, even doing the same for those who might be considered moderate.

This is somewhat humorous in its way, as it comes from the same group that suggests that there is no God, as the source of morality and moral judgment. In my personal opinion, without God, any god, there is no ultimate arbitrator of what is good and evil; but rather, society decides for itself what is good and what is evil.

This happened in Germany, during the last century. Adolph Hitler decided that a number of people were so morally reprehensible, that they should be destroyed. He specifically went after the Jews, but his bloodthirstiness didn’t end there. He also went after blacks, homosexuals, gypsies, the mentally retarded and anyone with any sort of physical defect. Basically, he decided to kill off everyone who didn’t match his image of the perfect Aryan man.

In this, we see a perfect example of what happens when there is no firm basis for morality. While it is supposedly society who decides what is moral in such a case, the reality is that a very small group of “elites” makes that decision, while the rest of society is forced to go along with it.

How do they force people to go along with their definition of morality? Mostly by bullying them in the media. The left has developed the art of name calling to the point where they can get just about anyone to dance to their tune, but it works best with politicians and other high-profile people.

In our society, the elite who are making such decisions are the PC police. This group, which consists of the left-leaning mainstream media, academia, liberal politicians and Hollywood, has taken it upon themselves to be the ultimate arbitrators of what is right and wrong, declaring their decisions with all the authority of Moses, descending the mount with the tablets of stone.

Yet, their pronouncements aren’t carved on stone, nor were they written by the hand of God. Rather, they are blasted forth on television and in the print media. This actually serves their needs considerably better, as stone is just too permanent for their liking. They’d rather have something that they can conveniently forget, when they decide that what they had already said, just isn’t going to work today.

Where Comes the Morality From?

It actually has a number of roots, prime amongst them is a feeling of guilt. The attempt to eliminate the need for forgiveness, by eliminating God, is shown to be a failure by every action that they take.

It is easy for people who feel constant guilt to see a need to expunge themselves of that guilt. Since they refuse to accept their guilt, even while recognizing the feeling of guilt, they have collectively decided that it must be the society that spawned them which is at guilt, hence their hatred for America and all things associated with America’s greatness.

The list of things that the progressive liberal left hates is long. Let it suffice to mention a few key ones:

When we understand this, it’s easy to see why they have such a strong desire to “make things right” for those who don’t fully share the advantages of being American.

Hence, the liberal idea that they have a “right” to control politics and the government. It is only through the legality of using the government, that they can steal from the productive in our society, and use that money as an offering to those who have been selected as the objects of their largess.

In turn, this requires keeping the disadvantaged in their place. They can’t allow the disadvantaged to become independent, or they will lose the salve for their bruised and guilty consciences. So they work to maintain racial and class warfare, perpetuating discrimination of all kinds.

As you can see, this is all a fragile house of cards. All it would take is the slightest puff of wind, and it would all come crashing down. Which explains why the left tries so hard to prevent anyone else from having a voice.

If they can chant and yell loud enough to drown out the voices from the right, it makes it easier for their people to maintain the faith. That’s not so much for the leaders, but for the masses that they have following them.

One of the advantages to the left’s system of governing is that they end up with a lot of people beholden to them. Those people become followers, if for no other reason than to keep getting free handouts. It is those people, whose faith the left has to hold onto, simply because they are the ones who vote the left’s candidates into office.

The former president and his party blew it on that one. They were so sure that the people on the left would stay there, following his politics of hate and division, that they didn’t pay attention to what was happening. They forgot that they had to keep paying the piper, for the piper to keep playing.

At the same time, the silent majority rose up, mostly in response to the oppression of the PC police. The end was predictable, although few predicted it. Donald Trump, the long-shot candidate in the outside lane, ran the race and came in first, winning the prize.

So, who owns the moral high ground now? Sadly, the left still thinks they do. They haven’t read the tea leaves and seen that things have changed. They don’t recognize that America has turned the corner and that they have lost both their power and their supposed moral high ground.

They’re living in an echo chamber, telling each other that they won, and they are afraid to look at reality.