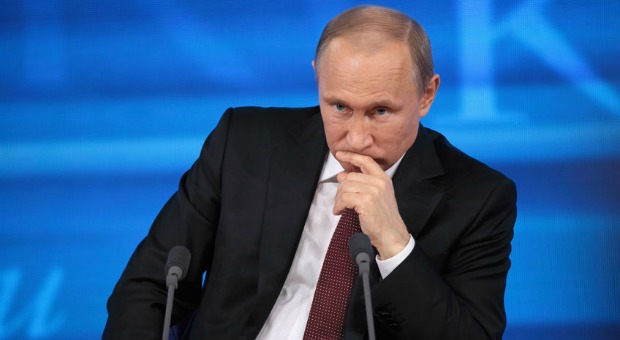 Many of us breathed a sigh of relief in 1991 when the Berlin Wall came down and the Cold War came to an end. Over 40 years of staring eyeball to eyeball with the now defunct Soviet Union ended, without the nuclear missiles ever flying.

At long last, we had peace from the nuclear threat and the world was no longer on the brink of nuclear annihilation.

While there have been wars in the last 25 years, even wars that the United States were involved in, none of them threatened the very existence of mankind. Even the threat of Islamic terrorism, which intentionally targets civilians, kills only a few people, compared to what nuclear-tipped ICBMs can do.

There has been relative peace between East and West, with the more streamlined Russian Federation and the United States of America even worked together at times. While these two nations weren’t necessarily the best of friends, the constant face off and struggle for supremacy that marked the decades following World War II had finally come to an end.

That is, they had until more recent times. The combination of a strong Russian leader and a weak American one have brought us to a change in the global dynamic.

Whereas the world had become accustomed to looking towards the United States for leadership, whether they wanted to or not, the lack of leadership coming out of Washington has paved the way for the rise of a new global leader, right at a time when such a leader was beginning to flex his muscles.

Barack Obama has shown his weakness to the world, most especially with his infamous “red line” in Syria. When he didn’t enforce that line, the most powerful country on the face of the Earth lost face, showing the world that rather than backing up what we say, the President was all too ready to back away from what he had said, when people didn’t accept his threats.

It’s one thing to threaten a bully, but at some point in time, you’ve got to be ready to back up those threats with action. If the bully backs away, all well and good. But if the bully raises his fists, you’d better be ready to swing. Yet Barack Obama turned tail and ignored his own warning, when Syria ignored his treat.

This was noticed by many world leaders, most especially by Russia’s president, Vladimir Putin. Since becoming the Russian Federation’s President for the second time, in 2012, Putin has been making aggressive noises, letting the world know that Russia was not gone and that their imperial ambitions were alive and well.

As a former intelligence officer, it is quite possible that Putin remembers the glory days of the Soviet Union fondly, when the world was afraid of her might.

How the Past is Shaping the Future

The Russian people have been attacked many times through history, most especially in World War II. They were the true target of Hitler’s aggression, as Hitler himself stated in his autobiography, Mein Kampf. This has given the Russian people a national desire to protect themselves from other such attacks.

There are three main manifestations of that complex need which we need to concern ourselves with:

One way in which they have done this is through cyber-warfare. Russia is one of the world’s two leaders in cyber-warfare, the other being their ancient rival China. Both countries have invested a considerable amount of time, money and talent into developing the wherewithal to turn conventional hacking into a weapon.

Here in the United States, our government is playing catch-up with these two countries, most especially in defending ourselves from their constant probes of our electronic defenses.

This reached a head recently, when President Obama publicly accused the Russians of hacking into our systems, in an attempt to meddle with the 2016 presidential elections. Whether this accusation is true or not is up for grabs, but it is clear that the Russians have the capability, if they have decided that it would be to their advantage to meddle in our elections.

Is Putin Preparing for Nuclear War?

One of the closest Vladimir Putin’s supporters has been quoted as saying that if Hillary Clinton wins the November elections, there will be war. More specifically, he has supposedly declared that the war will be a nuclear one. This is either some rather intense saber rattling on Putin’s part, or maybe the Russian President has some rather dangerous plans up his sleeve.

Yet it looks in many ways like Putin is preparing for such a war. He has stated that Clinton is the true danger to world peace, not Trump. So apparently in his eyes, she is the one who will begin any war.

If you look at Clinton’s history, she has always voted in favor of war. So, while Democrats present themselves as being against war, Clinton, at least, has a history of being in favor of it. This is quite different than the current resident of the White House, who ran for election on a promise of ending our involvement in the global War on Terror.

There is a lot of evidence to back up the idea that Putin is preparing for nuclear war, something that he alluded to with Obama and is now stating more strongly with Clinton:

Taken individually, none of these items are particularly threatening; but together they paint another picture. Any of these steps can be seen as precursors to war, most especially the last one, where the people of Russia are being prepared for such an eventuality.

All appearances make it look like we have a pending war with Russia looming on the horizon. If we take what Putin is saying at face value, we will be in open conflict in the near future. But I am compelled to say, I am not convinced that such a war is really what we are facing.

It is quite possible that Putin has other plans and that the threatening moves he is making are intended for another audience.

We have seen over the last four years how aggressive Russia has become to their nearest neighbors, especially Ukraine. The invasion of the Crimea has been a clear act of war, regardless of Russia’s rationalization of their actions.

Neighboring countries see what has happened in Ukraine and the United States’ poor response to it, and have to be wondering what will happen when Russia chooses to invade them as well.

These countries could very well be the target of Russia’s statements about nuclear war. The mere threat of such an action is one of the biggest sticks there is, on an international level.

Should Russia choose to attack any of her neighbors or even to attack all of Europe, and used the nuclear stick as a deterrent, there is little to nothing that any of them could do.

Even the United Kingdom and France combined have barely over one-fourth the deployed nuclear warheads that Russia has. Entering into a nuclear war, even on a limited scale, would be suicidal for them.

Like many such situations, we’re going to have to wait to see what happens. At the moment, it seems that Russia, like us, is in a waiting game. They are waiting to see what our November elections hold for the future. Quite possibly, those elections could have much more of an international impact than they normally would.