A long time ago, people used their root cellars to store food long-term and keep produce fresh throughout the winter months. With the invention of refrigeration, root cellars began to lose their popularity as people were shifting their attention to the new appliances which would make their life much easier.

However, it seems that a lot of folks out there are starting once again to rediscover the utility of root cellars. These uncertain times when panic buying can clear a grocery store in a few hours and when the power grid looks more and more unreliable have made people realize that they could use a root cellar to store their food for months and even years.

My parents-in-law spend their time on their farm taking care of various agricultural endeavors. The retirement from raising livestock has provided them with the opportunity to spend more time growing fruits and vegetables.

They often end up with much more produce than they can use, and they have to figure out ways to preserve or get rid of the extra yield. They sometimes sell to their neighbors and at the farmer’s market, but they also store it in their root cellar. Every time we visit them, my father-in-law praises his root cellar and tells us it is a life-saver for them. He built it with his own hands-on their homestead and now plans to build a brand-new one to have a backup solution and stockpile more stuff.

His cellar was built more than 40 years ago, and he made improvements to it over the years. It is situated in a nearby hillside around 30 yards out the back door. It’s easily accessible for them, and they can run outside to grab whatever they need for meals.

Their cellar is a 16-by-18-foot structure with an insulated door that seals out the elements and keeps the environment within the cellar stable. The cellar was built with around 10-inches of concrete the entire way around, and it’s buried to add extra insulation. He ran power to the cellar and had lights mounted on the ceiling. It has a pea-gravel floor he says it’s easy to maintain and various types of shelves lines on the walls.

It maintains a 36-38 degrees temperature all winter. The humidity and temperature are controlled by a ventilation system consisting of two 6-inch PVC pipes. These lead to the outside of the cellar and are positioned at opposite ends of the cellar.

The cellar is used to store the food from their homestead, but they also store extras they purchase from their neighbors. For them, the cellar is a smashing success on their property, and that’s why they plan to build another one. When it’s really cold outside, they often cover the vents to prevent the produce from freezing.

A few things they are storing in their root cell

They have apple trees of numerous varieties on their property, and storing the apples is an easy job for them. They usually store the apples in August (more towards the end of the month), and they stay crisp until December-January, with only a few going bad.

To store the apples, they wrap each apple in newspaper or any type of available paper. This prevents the apples from touching each other and stops contamination if one apple spoils. Before wrapping the apples, it’s mandatory to inspect each apple for bruises or blemishes. Wrap only those that are in perfect shape. Additionally, you can spread them out so that they don’t touch each other without wrapping them in paper. However, the first method gives better results.

Keep in mind that apples give off ethylene gas. This is a plant hormone that promotes ripening in fruit. It is mandatory to keep the apples away from potatoes, squash, cabbage, and other vegetables to maintain their quality for longer. Wrapping and storing the apples away from other produce will help you avoid this issue.

Storing pears can also be done successfully in the root cellar, but they last only 2 to 3 months, compared to apples which can last up to 5 months. Just like in the case of apples, you need to store only fruits that are unbruised and unblemished. You need to wrap each pear in newspaper and store it in a wooden box with its bottom lined with newspaper. The ideal temperature for storing pears is 29 to 31 degrees, and if you store the fruit too long at temperatures higher than 40 degrees, they will break down without ripening, becoming brown inside.

If you want to put spuds away for the season, make sure you handle them carefully to avoid bruising them. It’s better if you store the potatoes in burlap bags. Place the potatoes in bins below the shelves, and you will have potatoes until the next crop. My parents-in-law save even the baby potatoes, which many don’t store because they are tiny. However, they can last a long time, until the end of March or April.

Additional tip: They’ve learned over the years that the best way to store produce is to wash the vegetables to remove dirt and potential bacterial contamination. They always wash the carrots and potatoes before storing them in the cellar.

If you want to store beets, you should brush the soil off and then trim the tops. It depends on how many beets you want to store, and if you have just a small harvest, you can place the beets in a single layer in shallow boxes. If you want to store a larger quantity to make sure you keep them fresh for longer, you will need to store them in a bucket or bin with sand.

While most people use sand, they prefer to use wood shaving or chips, similar to what they’re using in their chicken coop. It’s much lighter, and it won’t break their back when handling the containers. To store the beets, place a layer of sand or wood chips on the bottom of the bucket, add a layer of beets and cover them with the materials you’ve used on the bottom until you can’t see them anymore. Do so until the bucket is full, add a lid, and store the bucket in the cellar.

They also store beans in their root cellar, although they say it’s much more work compared to other legumes. They let the beans mature on the plant until the beans begin to rattle. Then they pull up the entire plant and let it sit on a tarp in a shady spot to allow them to dry for longer (1-3 weeks). Before they store the beans, they test the pods by pressing them with their thumbnails. If it leaves an indention in the pods, they dry them for longer.

After the drying is complete, they shell the beans and blow away the chaff with a hairdryer. They store the beans in airtight containers, and they add a pack of silica gel to each container. In recent years they started paying someone in their town who owns a freeze dryer to freeze the beans to kill weevils.

To store winter squash, a little bit of curing is needed to firm up the skin and help concentrate the sugars for optimum storage. It is recommended to leave the squash on the vine for as long as possible, but you need to harvest it before a heavy freeze. Now find a place inside or outside your home where there’s good circulation and spread them in a single layer.

Make sure they are kept away from sunlight.

You can use your garage or an outbuilding for the curing phase, which should last between 10 to 14 days. Also, the temperature inside the room you’ve chosen should be between 80 and 85 degrees, and relative humidity should be kept at 80 to 85 percent. After the curing phase, store the squash in a single layer on the shelves and make sure there is enough room between them to prevent cross-contamination in case one spoils.

If you plan to store onions, just like the winter squash, they will need to be cured to last throughout the winter months. Spread the onions on large screens or tarp(s) for 7 to 14 days. You will know once they are cured, when the outer skin of onions turns papery, the foliage at the neck starts to construct, and the overall foliage shrivels and turns brown. To test if they have finished curing, you can cut the stem of an onion about an inch from the bulb. If the center of the cut area is still green, they recure more curing. Store the onions in ventilated containers. You can use net bags or paper grocery sacks for this purpose.

Garlic is a champion of long-term food storage, and it can be stored for up to eight months without problems. When you dig up the corns, wash off the dirt and spread them in an area away from sunlight. Make sure there’s plenty of air circulation and let the garlic cure for seven days. After this, you will need to trim off the tops and store them in ventilated containers. Even a basket will do the job, and they will surely last until you harvest the next crop.

A cellar is good for more than produce

Their root cellar is used for storing more than their traditional garden produce, and they also keep extra eggs from their chickens and all types of canned goods or supplies they purchase. They often take advantage of sales to buy what they lack, and they use the root cellar for storage. The cellar shelves are filled with canned fruits, pickles, salsa, and all sorts of foods from their seasonal efforts.

They value the cellar more than their refrigerator and pantry, and they consider it an invaluable addition to their homestead. With their root cellar, they can be prepared for anything, from blizzards to unprecedented emergencies that could hit their region. They always have food on hand, and they don’t need to go to the grocery store to supplement their supplies.

The information provided in this article was gathered from my parents-in-law, and it’s based on their many years of experience using their root cellar. If you have any other tips and information on how to use the root cellar for storing food, please use the comment section below to let us know. 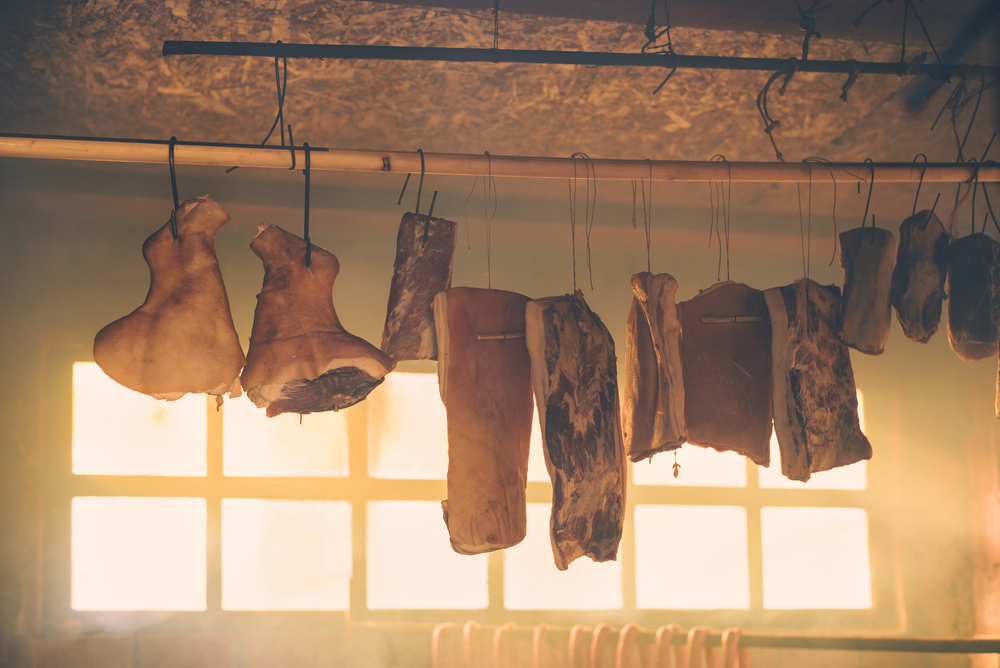 The Problem with Preserving Meat