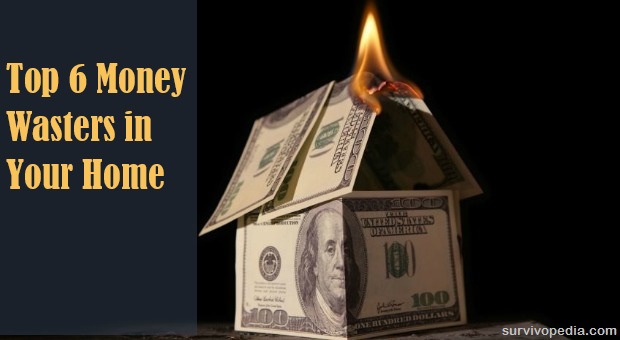 Top 6 Money Wasters In Your Home

Everyone who gets into prepping ends up with the problem of figuring out how to pay for it. Just trying to stockpile enough food can be pretty expensive, without even getting into buying the necessary equipment to allow you to survive in the various different situations you could find yourself in. If you’re going to survive, you’re going to have to come up with that money somewhere.

That’s not the biggest financial concern that preppers have though. Many experts agree that the United States is on the way to financial ruin. Our government can’t keep spending money at the rate that it is indefinitely.

Our national debt is so high right now, that our country’s credit rating has been downgraded twice. Not only has that, but federal government spending now equaled about 1/4 of the country’s GNP.

If a financial collapse comes or even a run on the dollar, we’re going to see high inflation rates kick in quickly, perhaps even hyperinflation. When that happens, wages won’t be able to keep up with inflation. So, we’re all going to end up with a serious earnings to spending gap.

There are only two ways to fill that gap, earn more money or spend less. Considering that high unemployment is the other big sign of a financial collapse, it might be nearly impossible to earn more money, or even earn the same amount of money that you were earning before the collapse. That leaves us with finding ways of cutting our costs.

Most people live from paycheck to paycheck. If you asked them, they’d say that there’s no fat in their budget; that they’re spending as little as possible. But I’m not so sure.

The problem, as I see it, is that we are so used to our comfortable way of life, that we don’t want to cut things out, not that we can’t cut them out. We have come to see things as necessities, which our grandparents would have called luxuries.

Let’s face it; we all waste a lot of money. If we didn’t, we could live off of a whole lot less. We just don’t consider many of the things we spend our money on to be a waste. But let’s look at some of those top wasters and see how we could save ourselves some money.

The average American middle-class family is making payments on two cars. In many cases, the combination of their car payments is higher than their house payment. Ouch! We could easily save a lot of money by buying older used cars and paying cash for them. You can get a pretty good deal on a ten year old car and if it was well maintained, it’ll still last a number of years.

Many people counter this one by saying that if they buy older cars, they’ll have to spend a lot of money on maintenance. That might be true, if you buy cars that are junk and take it to the mechanic. But if you’re willing to get your hands dirty, you can do most of those repairs yourself.

Another thing to consider is buying an older car and then spending the money to have the drive train, steering and suspension totally rebuilt. That’s a whole lot cheaper than buying a new one, and will give you a car that’s in just about as good a mechanical shape. It just won’t look new.

Our monthly energy bills are another place where many families are hurting. Paying three or four hundred dollars a month to heat and cool our homes is a lot; especially when you consider that we’re wasting a lot of that money. 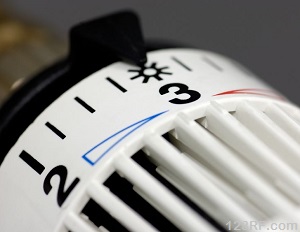 f you haven’t put in programmable thermostats, you’re definitely losing out. They pay for themselves real quickly by turning the temperature up or down, depending upon your family’s schedule. Why pay to keep your home at an optimal temperature, when nobody is at home?

Another great way of saving money on this is by putting in zoned heating and cooling. You used to have to install separate HVAC units in each zone to do this, but now you can accomplish it by putting a valve in the heating and cooling ducts. That allows you to only heat and cool the part of the house which is being used.

Finally, your hot water heater is keeping your water at an ideal temperature for washing dishes and bathing 24 hours per day. But do you really need that? I seriously doubt that you need hot water while everyone is sleeping or at work. Put it on a timer and only have it heat the water when you are there to use it.

The average American family spends $600 per month on groceries, plus an additional amount on eating out. That’s another big chunk. Granted, we all need to eat; but do we really need to eat so expensively?

The worst offenders for wasting money in the kitchen are prepared meals and snack foods. We could all save a bundle by going back to cooking for our families, rather than paying some factory to do it.

This is one of my favorites. As American’s we spend a fortune on our cell phones. Every family member has a high dollar smart phone and we pay for the best service we can get. For some families, cell phone bills top $300 or even $400 per month.

If you really need for every family member to have their own cell phone, make sure you get on a consolidated plan. There are some companies offering plans now, which allow all of you to be together and pay a whole lot less.

You might also want to take a look at the types of phones you have; do your kids really need a $400 smart phone? My generation grew up without them and we turned out okay.

Finally, we tend to spend a lot on entertainment. From renting movies to our video games to going on vacation, the average family piles up quite a bill on momentary happiness.

I’m not saying that you should cut entertainment out of your life all together, but there are a lot of fun things you can do, without spending a lot of money.

Every family has to make their own decisions about their finances. But I’d recommend taking a look at how you’re spending your money, with an eye towards seeking out waste. Don’t just call your spouse’s hobby waste either, take a look at your own.

The thing is, if you don’t take a look at this now, you might find that circumstances take all those things away from you. When they do, I can guarantee you that it won’t be any nice, easy transition.

It’ll be a sudden shock that you have to deal with. It’s much easier to make adjustments one at a time, rather than having them all mount up on you at once.

Post a Reply to How To Fix The 14 Most Annoying Home Problems | Survival skills, survival guns, survival guide Cancel Reply