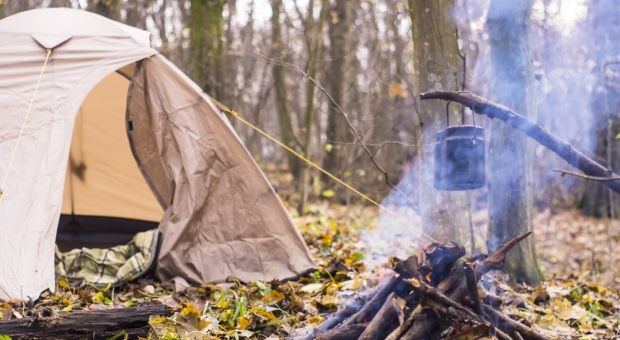 The Origins Of Prepping: Where Did We All Start?

We have read them for a while now, over 5 years actually, and they have given back to the community a lot of valuable knowledge in order to survive a SHTF scenario.

They are specialized preppers now, but everything had a starting point and we wanted to know what that was for them. The writers at Survivopedia.com have spoken in this unique article about their first encounters with prepping and what exactly drove them into becoming the experts we all read, trust and listen to.

We hope that they will encourage you to learn and to help others to understand the importance of prepping.

So, let’s start. Dear writers, how and why did you start in prepping?

I got my start in prepping long before the term “prepper” was coined. Back in the early 1970s, we were still in the midst of the Cold War. That was the big threat in my childhood. I can still remember doing fallout drills in elementary school, just like we did fire drills. We waited with baited breath for Washington and Moscow to push the button.

As a teen, I decided I didn’t want to end my life as nuclear fallout. Since we lived on the front slope of the first of the Rocky Mountains, all I had to do was make it to the backside of that ridge, before the bombs went off and I’d have a pretty good chance of surviving. That would take me 20 minutes; I timed it. Once the war was over, I could make my way up into the mountains to survive.

The big difference between now and 40 years ago is that there are more of us. That motivates people to make gear and write books which are focused on us as a market segment, which makes it much easier to be a prepper today, than ever before.

I grew up in a rural community where we did not go to school the first day of hunting season. Canning during the harvest time was as normal and common as sewing new clothes for the coming school year. I learned to make medicinal wines from my grandmother, how to fix cars from my father, and how to live in the woods along with my friends and cousins. Back then, I didn’t think of any of these skills as things required for an “emergency” situation, let alone consider how our society was changing and “specializing”.

When I was growing up, we didn’t look for the maid to clean up our mess, or the supermarket to provide TV dinners. I didn’t need a fancy crockpot to simmer a stew all day, a mechanic with a computer to fix a rough idle on my car, or a psychiatrist to sort out my life. Later on, as with many others my age, I uprooted with my Bible and moved away and into citified areas. I soon discovered I needed a lot of money to avoid being exterminated in the rat race; and to pay for all these “conveniences”, plus the mandatory things like electricity, water, housing, medical insurance, and taxes.

In looking at my budget, I soon developed a decidedly healthy interest in power generation, water capture, and sustainable small scale food growing. The day I counted myself as a prepper, however, was 9/11/01, because that is the day I realized that I needed to put all my skills together and do something more than accept what our society had become and where it was going.

My parents and grandparents had food storage and prepared for emergencies, so I suppose non-preppers would say that I was brought up in the tradition of preparedness. I think that storing food and setting aside cash reserves for a rainy day used to be common sense.

I suppose that I did make a conscious choice at some point, although I couldn’t tell you when or why. No one ever sat me down and told me that we were survivalists and what that entailed or anything like that.

I did have some good role models for aspects of survivalism. I was taught to garden and can food as a kid and was hunting certainly by nine or ten years old. I was taught to love camping, boating and backpacking and got into scouting and competitive shooting.

One of my grandfathers was a physician in the nuclear program, so I suppose that would tend to make a guy want to be prepared, but he really didn’t talk about it. He did set a good example though.

I have never prepared for any one singular threat and don’t believe that I or anyone else can predict the future. Instead, I am satisfied to detect fragility and to rid my life of it.

As a child, I lived on the Eastern seaboard of the USA during the Cuban Missile Crisis. During this time the only prepping that was taught to the general public was the good old “Duck and Cover”. For all that were born after this time understand that the general population was focused on how to survive a surprise nuclear disaster. We drilled on these emergencies the way modern school children have fire and active shooter drills. For us, the drill was to drop to the floor under your desk or other heavy piece of furniture, cover your head, and wait for a nuclear blast to pass you by. Talk about learning a quick way to die!

In my teenage years I started to ask questions on how to better survive the aftermath of natural and man made disasters. As an Eagle Scout, the Boy Scouts taught me the basics on how to live off the land, but I felt there was so much more to learn. Here it began a life long journey to learn as much as I could on the art and practice of surviving all the natural and man made disasters.

Now, as I look around me, I realize how important and powerful knowledge is, and the need for it to be passed on to as many people as possible. Today, many people have neither the power nor the knowledge. Too many are likely to suffer a major meltdown if they do not have computers or smart phones to guide them. Others don’t have basic skills, let alone where to look for information. I am a prepper, not just for myself, but so that I can help others learn what is needed before a disaster occurs.

My story is pretty straight forward: I was raised mostly by my grandparents, who were almost obsessed with bottled fruits and veggies (everything home-made), baked bread, raising chickens, growing a small garden in the backyard and stuff like that. Basically, I’ve practiced food-storage since inception so to speak. We were dirt poor and I had to work as a kid, so I’ve experienced first-hand how good it feels to be self-sufficient, i.e. to be capable to earn your own money, that if you want to buy cool stuff like a walkman, a CD, a book or a bicycle.

However, there were several stages that raised my awareness towards prepping, and the most important events were 9/11 and the 2007-2008 financial crisis. 9/11 was all about our false sense of security, and made me feel vulnerable, then the financial crisis taught me about how the vast majority of people (myself included) were living their lives in a herd-like fashion, without recognizing the systemic risks of our spurious financial (fiat money) system, getting high on the next bubble-bust syndrome without even realizing it.

Now we all know what the core reasons behind our writers’ determination were. What are yours?

We would love to hear your stories and thoughts on what made prepping an important aspect of YOUR life! Plus, we have something special for you. Click the banner and find out more! 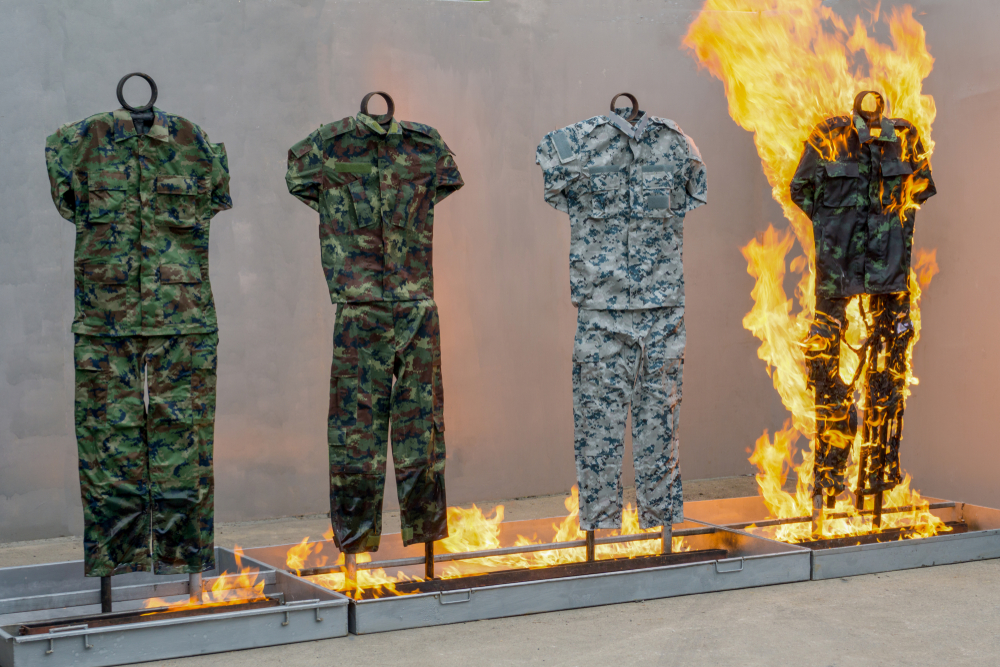 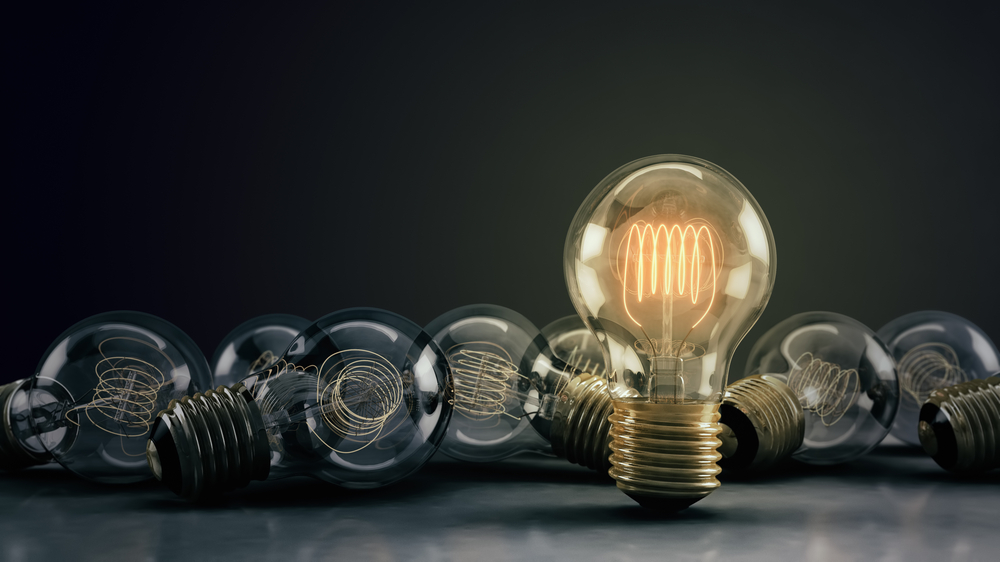