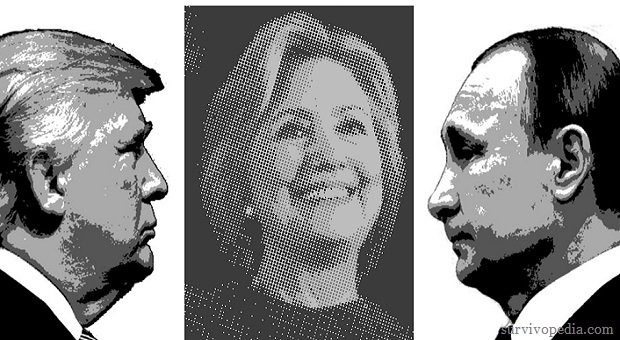 The Grand Tactic Of Deflection

Robert Muller, the special prosecutor looking into the supposed Russian scandal, has filed his first criminal charges in that ongoing investigation. This long-awaited event has been rather anti-climatic, as we still don’t know the charges against Trump’s former Campaign Chairman. Apparently Muller decided to seal them, something that I didn’t even know was possible.

But this doesn’t mean that the investigation is over or even anywhere near completion. Rather, it is merely the first in what will probably be a long string of charges brought against various people. What makes it interesting is that it is the first.

Nothing More than Noise

Even that doesn’t mean that the accused will stand trial or be convicted, merely that it is going before a Grand Jury to determine if there is enough evidence to bring the accused to trial. Either Muller thinks there is or he is merely using this as a tactic to gain the leverage needed to flip the accused and turn him into an informant.

This is not an uncommon tactic in federal investigations.

Due to the high manpower cost in prosecuting federal cases, the FBI predominantly focuses on bringing down criminal organizations, not just bringing down individuals. In that process, it is normal for them to start by bringing charges against the smaller fish, with the intent of convincing them to be witnesses against the big fish that they really want to catch.

But this filing of charges once again brings to the forefront the Democrats’ fixation on President Trump colluding with the Russians to win the election. The apparent fact that his dealings with the Russians was years before becoming Trump’s campaign manager is apparently not important, Democrats smell blood in the water.

To date, there has not been a shred of evidence to show any collusion between Trump, his campaign and the Russian government, even though there have been an awful lot of cries of “Wolf” going on. So where did these come from and why have the Democrats been banging on the same drum for so long?

There are probably many factors here, but there are at least two that are important to know.

First, and most important, is the collusion between Hillary Clinton and the Russians. The commonly-known and well-documented fact that she sold roughly one-fourth of the nation’s uranium reserves to Uranium One, a Russian controlled company, while she was Secretary of State, might actually be illegal. But even if it isn’t it was clearly against our country’s best interests.

The sale and ownership of strategic materials, like uranium, is strictly controlled, especially the sale of them to foreign interests. This policy goes back at least as far as World War II, and might go back even farther. In those strategic materials fuel the economy , allowing factories to produce the vast amount of material required by modern warfare.

That’s why Hillary, in her role as Secretary of State was such a key figure in that sale. It was up to her to approve or disprove the sale, which we all know was approved. The fact that the Russians paid her husband, a former president, a ridiculous sum of money, much more than his normal honorarium for giving a speech, was merely coincidental… yeah, right.

Hillary’s former campaign chairman, John Podesta, knew how inflammatory her involvement was to her campaign and had to take action. What to do to deflect interest in that involvement? Simple, follow a common Democrat tactic and accuse Trump of colluding with the Russians.

That this happened is also a documented fact, part of what came to light through the Wikileaks dump of e-mails that belonged to Hillary’s staff and top Democrat operatives. But while there has been some interest in this from those on the political right, there has been little done about it. Maybe that’s because Republicans are less likely to weaponize the government against their political foes, than Democrats are.

Another key factor in this is the supposed Trump Dossier, a document that supposedly spells out Trump’s collusion with the Russians in great detail. While the dossier itself has been kept largely from public view, it has been reported on and quoted a huge amount. It has also been used as the reason behind Muller’s investigation.

However, this document is not evidence of anything, regardless of how many people refer to it or quote it. First of all, there is no proof that it is a legitimate intelligence document. Rather, it has been shown on numerous occasions to be a political document, paid for by Hillary’s campaign, the Democrat party and even Obama campaign funds.

All this document does is prove that there was massive effort put in by the Democrats to hide Hillary’s involvement with the Russians and fabricate Trump’s supposed involvement.

This tactic has been employed in one form or another, countless times since the election. The supposed Million Woman march, days after the inauguration, was more of the same. The scream of their outrage was supposed to change something and get Trump out of office.

Can You See the Deflection?

Then there’s ANTIFA. Apparently since Black Lives Matter had been so effective in creating noise and fomenting violence, creating other similar organizations would be a great means of changing the country. All they needed was a common theme to rally their people behind; so they called Trump a fascist, meaning that everyone who voted for him had to be a fascist as well. Since fascism is widely regarded as evil, anything against it would have to be good.

Choosing fascism to stand against, rather than communism, was a stroke of genius. After all, Americans have a pretty good idea what communism is, but they don’t have any idea of what fascism is. All they know is that it is evil. So the leftists were able to redefine the word, as they are wont to do, equating fascism with conservatism.

But in reality, fascism is defined as a dictatorial government system, which forcibly oppresses its opposition, regimenting industry and eliminating the free-market capitalistic system.

Once again, we see the deflection, as the left tries to accuse the right of doing what they are doing.

The huge mistake that the left is making with ANTIFA is that they don’t have the race card to hide behind. Black Lives Matter was largely free to do whatever they wanted, simply because any opposition to them was called “racist.” This allowed them to get away with breaking the law in innumerable ways, simply because they were able to point the finger of racism at those who tried to reign in their destructive, illegal ways.

This brings us to another way that the left is using deflection to hide their own sins; that of racism. The left has become so quick to shout “Racist!” at anyone who opposes their ideology, that their battle cry is losing effect; they just don’t realize it yet. But like anything else, overuse renders it impotent.

On a more subtle level, Democrats have continued their racism through affirmative action and their constant insistence that Blacks and other minorities need to live off the fruits of hard-working Americans, rather than working for themselves.

So, what’s the Democrat answer to this accusation? They claim that all the racists left the Democrat Party and became Republicans. A false charge, which can verified by history.

There is no record of any mass exodus of racists in the Democrat Party leaving the party to become Republicans. Yet they persist in their claims, tarring all southerners with the paintbrush of “racist,” simply based on the south’s racist past. Since that’s part of “flyover country” they don’t even see that the south has changed and is no longer the haven of racism that it used to be.

But that is unimportant to the Democrats, as long as they can continue to convince those in the coastal enclaves that southerners are racist.

All they want is a scapegoat, so that they can hide their own evil behind accusations of other people’s wrongs.