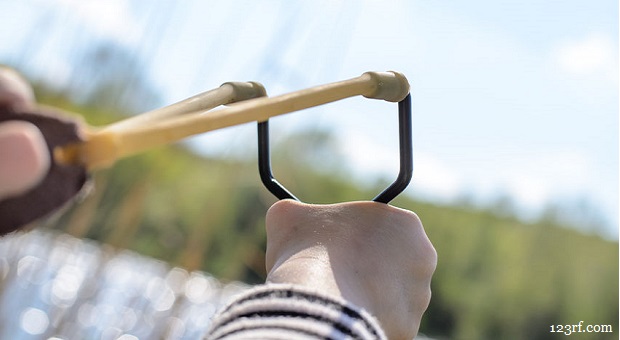 The 5 Types Of Cold Weapons For Urban Survival

There are literally millions of cold weapons that already exist in urban settings, and the best ones tend to be those that don’t look like weapons at first glance, and can be easily concealed.

Here are five basic categories of cold weapons to consider.

Before choosing one for your defense, think if you can wield the weapon effectively and efficiently, how will you train your skills and stay in good form with each weapon that you decide to carry.

A cold weapon can be defined as any device used for self-defense or killing that does not use fire or explosives to propel a projectile.

These weapons are very common, and have been used throughout history for hunting or combat. They are the best to use for cutting, hacking, slashing, or stabbing in close combat. While some edged weapons focus on sharpened edges, others also have points that are used for thrusting rather than slashing.

Edged weapons are usually suitable for trained adults and teenagers, but they can also be used by children in an emergency. There are many edged weapons that you can purchase or make from metal or plastic.

This is a heavy duty fighting knife designed for hand to hand or close combat fighting.

A good example of this type of knife is the USMC KA-BAR. While these knives are designed with military personnel in mind, they are also freely available on the civilian market.

These are primitive and very easy to make deep cover knives. Metal shanks are easy to make from just about any piece of metal that measures 6 inches long (with three inches for the blade and three for the handle).

The basic design can be cut out with a hacksaw and then sharpened with a file. The handle can be wrapped with tape or cloth to protect the user. This shank can do great bodily harm and can be used to stab the victim multiple times without breaking. 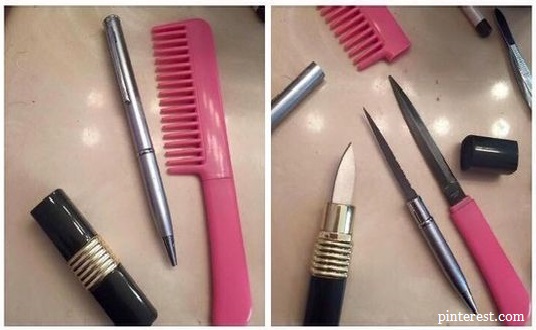 Are made from a piece of glass about a half of an inch thick and about 6 to 8 inches long. The blade can be 4 to 5 inches long. The handle should be about 3 inches long and wrapped in cloth or tape to protect your hands.

A glass shank will usually only withstand one use before weakening and falling apart. When the victim is stabbed with this weapon, it will break and shatter into many small pieces that can make nasty to fatal wound.

These are very sharp stone knives that ancient man used for fighting, hunting, game dressing, and utilities. The blades were made by a process called knapping; where small slivers of obsidian were broken off in order to make a blade sharp and to sharpen the edge. The knife blade was then secured into a handle by wrapping thin wet leather strips around the blade and handle.

Since these knives use no metal in there construction, they are very hard to detect by X-rays or metal detectors. These knives are made of hard plastics or polymers and can be made into any design and length.

The strength and durability of the knife, however, will depend largely on the material used to create the blade and handle. In the case of polymers or other non-metallic resins, the hardening or curing process can also play a large role in how well the knife stands up to different kinds of usage.

Double edged blade designs are useful for slipping between ribs to do great bodily harm, or to kill.

A long knife (8 – 12 inch blades) with a blade double-edged at the point. These knives can do a considerable amount of damage, and can kill when wielded for that purpose.

A spear can be used as a thrusting weapon in close quarters, or can be thrown to stop an individual at a distance. Spears should have a 6 to 8 foot shaft made of hard wood that is as straight as possible. The spearhead can be made of metal, obsidian, stone, or have a fire hardened tip.

You can also disguise spears as walking sticks. To do this, the spear point can be concealed under a tight fitting cover made of the same material as the shaft. When a spear is needed, just remove the spearhead cover.

These are primitive weapons designed to deliver blunt trauma force to inflict damage on the target. Most of these weapons are club-like in the sense that they depend on the weight of the weapon and the strength of the user to inflict damage.

These weapons should be used by strong adults or teenagers. Children can also use the lighter weight devices in an emergency.

Usually made of wood or aluminum. In countries where baseball is not commonly played, baseball bats are often thought of as weapons and are not legal to carry or possess. T-ball bats are also used in this manner. Since they are smaller and lighter, they can be easier for children and people with less physical strength to wield.

A large metal flashlight, like a Maglite can make a very effective improvised club. Though not specifically classified as a weapon, it is often carried for self-defense by security guards, bouncers and civilians, especially in countries where carrying weapons is restricted.

A hand weapon featuring a leather-covered bludgeon filled with small lead shot; and a short, flexible shaft or strap. It can break a bone, knock you out cold, or kill. These weapons have been outlawed in the US since the 1980’s, however that doesn’t change the fact that they are very easy to make and conceal.

This is a wooden club cut as a walking stick, typically made from a Blackthorn tree. Shillelaghs also usually have a large knob on one end, and a slight tapered point on the other end.

This is a small weapon that looks like the small bunched fist or paw of a monkey. One end of the monkey fist is a rope, while the other holds a metal weight inside a winding of rope. The rope is designed to be extended or shortened to suit your needs.

A monkey fist can easily fit on your key chain, and can also be used to store paracord for emergency needs. As innocent and small as these weapons look, they can inflict lethal injuries.

These weapons can be used by all age groups and are simple to make and use.

The sling is inexpensive and easy to build (see my article on how to build and use one). It has historically been used for hunting game and in combat. They are typically used to throw blunt projectiles such as stone, clay balls, or pieces of metal.

This is a type of throwing weapon made of wooden, stone or metal weights at the ends of three interconnected cords. Usually, one cord is longer than the other two so that the heavier weights fly at the front parallel to each other and hit either side of the targets legs. The lighter weighted cord then wraps around the legs of the target. Bolas are used primarily for capturing animals, however they can critically injure, or kill a human depending on how they are aimed.

Longbows can be made easily enough from natural materials as can the arrows. Crossbows are harder to construct, however they can be every bit as lethal, if not more so than a handgun. Aside from the fact that crossbows can launch their projectiles across great distances, they are also extremely quiet and are very hard to regulate.

You can build a crossbow with a minimal amount of skill in wood and metalworking.

Many agricultural tools have been used throughout history as improvised weapons for self and property defense as well as warfare. In medieval times, farmers pressed into military service often carried only their own farming tools. These tools can be used as weapons by all age groups.

Improvised weapons are common everyday objects that can be used as defensive weapons. These objects are not physically altered in any way to make them into more functional weapons. They are generally utilized in their normal state.

Once you see the weapon potential of an object, you will still need to figure out how to carry and wield it for self defense. The truth is that almost anything can be used effectively as an improvised weapon and in many cases can be normally carried on the average person’s body.

These weapons can be used by people of all age groups. Since all of these items are plain everyday items, you will not need special permits to carry them around. Some, however, may be banned from carrying on planes or other sensitive areas.

Small metal pocket nail clippers with a metal file/nail cleaner can make an excellent slashing weapon. Just grip the file/ nail cleaner in your dominant hand so that it extends about an inch beyond the thumb and first finger. Aim for the attacker’s eyes, face, hands, or any area that is sensitive to pain and exposed.

Pens and pencils make good thrusting weapons when held in your hands. Your target areas will be the face, arms, and chest. The wounds made by these weapons can critically injure or cause death. You can also buy tactical pens that include other weaponized options such as blades and bright flashlights. Just make sure they are legal to carry in your area.

Key chains holding at least 3 or more keys make a good defensive weapon. Just set the keys so that the shafts stick out between the fingers of your dominant hand and then make a fist. Once again, you will be aiming for the arms, chest, or face. If the attacker isn’t wearing heavy garments, you can also try a blow to the abdomen.

A good way to use a belt to defend yourself is to hold it by the buckle and use the leather portion as a whip. The target areas will be the face, neck, back, or any other place that would cause a lot of pain.

These sprays can be just as, if not more effective than mace or pepper spray. Be sure to aim for the face and eyes of your attacker. While these sprays won’t kill, they can distract an attacker long enough so that you can escape.

Contrary to the belief of some, the lack of guns will not make times safer. If anything, relying only on cold weapons can easily increase stress levels and lead to far more violence due to a reduction in the sense of personal security and safety.

Even so, having a cold weapon on hand or being able to turn a regular item into one, is a lifesaving skill! Do you master it?