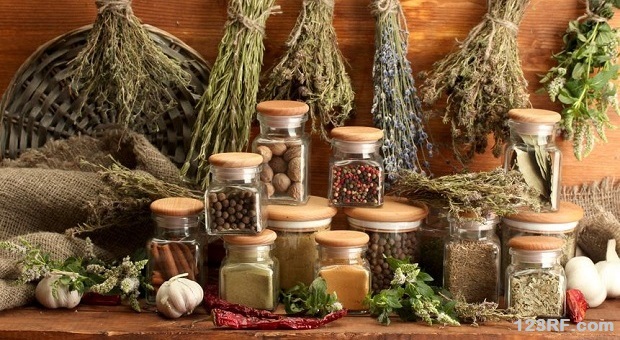 The Single Most Important Item NOT In Your Food Storage

Sure you’ve got plenty of rice, beans, wheat, and flour to last through eternity. Maybe you’ve even diligently canned your garden leftovers the past few gardening seasons and you’ve dehydrated fruit so often that the hum of your dehydrator lulls you to sleep. Best of all you’ve got more jerky than you know what to do with.

That’s all great and I applaud your efforts. But I’m willing to bet there’s still one area of your food storage that is sorely lacking.

What is it you say?

Seasonings. You know, the stuff you add to meals to make them tasty!

Why They’re SO Important

Seasonings are likely the most overlooked and undervalued part of the kitchen yet they may be critical to making your long term food storage shine when you need it to the most.

You see, I’m happy as can be to eat the same foods over and over again to a point, but my family… not so much. They seem to crave new tastes, new sensations daily.

I know you’re saying “Hey, if this is all they’re got, they’ll eat it.”

Well, not so fast. There is such a thing as appetite fatigue and it’s real, even deadly. Sadly, it can happen to you and your family no matter what you prefer to think.

If you’re unaware, appetite fatigue is simply a person who is unwilling to eat food because it’s not appealing to them any longer due to a lack of taste, texture, variety, and so on. And, yes, it can strike a person who is literally dying of hunger.

In fact, there will come a time that even I—the king of eating leftovers in my household—will simply not want to eat the same foods over and over. The same can happen to you and yours!

What to Do About It

First and foremost, stock variety. Variety should be in all aspects of your food storage, from the grovel of rice and beans, to the nutritionally necessary vegetables, fruits, meats, and dairy.

This could come in a wide variety of forms, including store-bought cans, dehydrated, your own canned foods, commercially dehydrated or freeze-dried products, and so on. You know the deal so I won’t elaborate on it here.

Second, learn to cook from scratch and with very little. Books like The All New Cookin’ With Home Storage and How to Live on Wheat, among others, will help you do just that. Moreover, I keep dozens of handy links to Basic Recipes from around the web that are all free and perfect for food storage.

Third, stock plenty of seasonings, spices, and herbs. Though a little seems to go a long way, in my opinion, you can never have too much of the stuff that will likely make your food storage foods palatable, even enjoyable, when you literally have nothing else to rely upon. Here’s what I recommend…

The Seasonings to Stockpile

There are so many seasonings, spices, and herbs that you might utilize in meals, how do you know which ones to stockpile?

Well, the short answer is to make a list. You can just start by going through your spice cabinet and mark them all down or you can just focus on the most used ones, which is probably the best plan.

Alternatively, you can write down the seasonings that you use as you make meals over the next few weeks to months noting how often each is used, but that can be a tedious process.

If you need some guidance right now include both spices and herbs, such as garlic powder, cinnamon, chili powder, onion powder, nutmeg, cloves, cumin, ginger, and, of course, salt and pepper. There are also plenty of blended seasonings, such as Nature’s seasoning and Cajun seasoning to name a few.

Likewise, there are seasonings meant for specific purposes or foods, including poultry seasoning, Mexican seasoning, and Creole seasoning as examples, which are also blended.

Remember seasoning packets too (such as taco or fajita seasoning) and bouillon cubes. Ultimately, it’s up to you to decide which seasonings and spices you actually use in your day to day cooking.

Certainly, this can get overwhelming rather quickly but I promise it’s not as bad as it looks. 😉

Where to Purchase in Bulk

Probably the easiest way to get seasonings in bulk is at your local warehouse club like Sam’s Club or COSTCO. You can often purchase larger jars of seasonings (roughly 22-28 oz. sizes or thereabout) for a good price.

Alternatively, you can shop online at Amazon and find the same or similar bulk seasonings if you don’t have a warehouse club membership. Sometimes you can even find organic options online. Last, you can also shop at places like BePrepared.com and get seasonings already packaged for the long term. Speaking of which…

How to Properly Store Seasonings

Spices and seasonings aren’t really any different than your other food storage when it comes to packaging for the long term. Keep them out of the light, away from heat, and minimize oxygen and especially moisture exposure, and they’ll be fine for years to come.

Like I said above, you can certainly purchase them already packaged for the long term from websites like BePreapred.com or you can package them yourself in mylar bags or foodsaver rolls.

If you choose a foodsaver roll then I would also store them in something to minimize the light such as a 5-gallon bucket or even a cardboard box. You may be tempted to toss in an oxygen absorber but I don’t seem much of a need for seasonings and doing so can even be detrimental when storing things like salt and sugar.

Overall, it’s not a difficult process to stockpile seasonings and can certainly make a huge difference in your long term food storage plans. Act now and I promise you’ll be glad you did.

Thank you and take care, Damian

This article was written for Survivopedia by Damian Brindle from reThinkSurvival.

He is blogging about all things survival and emergency preparedness, including experiences with DIY projects and ideas, gear reviews, living frugally, cooking in unconventional ways, and more! All while linking to the best videos and articles each day to help YOU get better prepared. Take a moment and click here to read why you should visit as well as what to expect in the future. Choose to stick around, learn from my experiences, share your own, and otherwise have a good time. :)