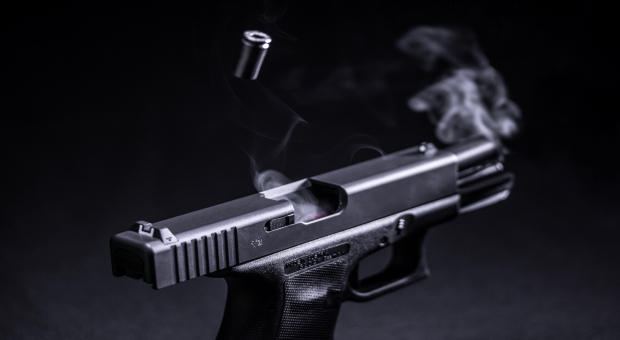 Ever since 9mm Luger and .45 ACP were introduced at the beginning of the 20th century to fill the need for cartridges suitable for semi-automatic handguns the two calibers have been at odds.

In this article we’ll take a look at their differing characteristics and why you might want to choose one or the other.

The Inception of the Semi-Auto Cartridges

In 1902, German arms manufacturer Deutsche Waffen und Munitionsfabriken introduced the 9x19mm cartridge as an answer to the demand for a larger projectile than the 7.65x21mm Parabellum round that was being used for the Luger pistol at the time. It was said that Luger’s intention was to create a round that could be lethal to fifty meters. To this day, the round exhibits excellent ballistics for a handgun caliber.

Just three years later, the .45 ACP (Automatic Colt Pistol) was introduced from the other side of the Atlantic by the work of John Moses Browning. The US Army was in the process of modernizing their standard issue pistols and had concluded from tests that a projectile diameter no smaller than .45 inches (or 11.5mm) should be used. Browning’s work evolved out of the .45 Colt cartridge used for revolvers but sported a shortened length that was appropriate for one of his self-loading handgun designs. This gun would come to be known as the 1911.

The typical conversation points that arise in the 9mm vs .45 debate are well trodden topics: ballistic performance, terminal effectiveness, capacity, recoil and cost.

The Ballistics of the Calibers

Today’s standard issue .45 ACP projectile travels at around 830 feet per second while the typical 9mm travels in the vicinity of 1200 feet per second. Differences in projectiles, loads and barrel lengths will cause these numbers to vary significantly, but the .45 ACP is known as a naturally subsonic round which endears itself to the suppressor. While a suppressor will still help cut the sound of the 9mm, the effect is limited by the unavoidable crack generated by the projectile outpacing sound’s leisurely 1125 feet per second.

All other things being equal, the velocity of the 9mm gives it better penetration (the desirability of which can be debated) as well as a flatter trajectory. This gives it an increased capability for getting through light barriers and covering distance accurately. The flatter trajectory of 9mm is a win for the caliber on paper but doesn’t materialize as a factor at realistic handgun fighting distances, which would be much more affected by the shooter’s proficiency with the handgun.

Taking into account pistol caliber carbines fired at a distance, the 9mm’s ballistic performance may become noticeably advantageous. Beyond 50 yards (or around 46 meters) you can expect .45 ACP to lose several inches of altitude.

Terminal Effectiveness: The #1 Criterion for Cartridges

One of the most famous examples of this is when Michael Platt, a hardcore felon and bankrobber, was shot twelve times before succumbing to his wounds in the 1986 Miami shootout. Despite a 9mm bullet penetrating through his right arm and into his chest to within an inch of his heart, he went on to kill two FBI special agents and injure five others. This wound was considered the primary cause of his death but nevertheless afforded him significant time to remain active.

As a result of this event, the FBI subsequently became the most famous critic of 9mm, spurring a migration away from the caliber across law enforcement agencies only a year after the US Army had replaced its long-serving .45 ACP M1911s with 9mm Berrettas as standard issue. 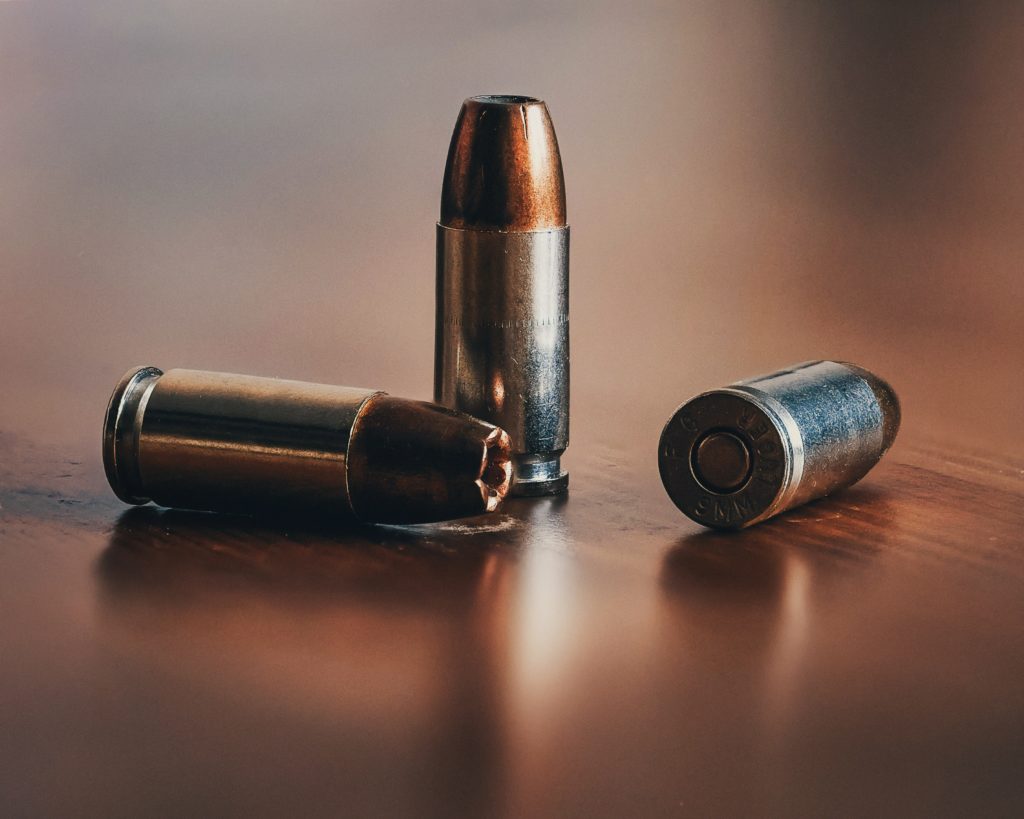 So it sounds like terminal effectiveness is settled in favor of the higher caliber, right? That’s where the plot thickens. If the FBI was 9mm’s biggest critic in 1986, they are its biggest fan today. In 2014, a document was released via FOIA by the FBI Training Division nicknamed “9mm Justification.” It contains a summary of why the FBI recently opted for 9mm for their standard issue handguns along with the results of their research on the topic. The document gives a handful of citations and is written more as an executive summary than a research paper, but it plainly makes a case for 9mm and gives some extremely interesting reasoning behind the choice.

The argument boiled down to the asymmetrical improvement in modern premium 9mm projectile performance compared to its siblings over recent years. The document’s author cited factors like shot placement, penetration and accuracy of shot strings as determining factors in terminal effectiveness, not caliber size. So while .45 may still hold an advantage when rounds are compared in the form of hardball or earlier incarnations of hollow point projectiles, the FBI’s stance is that modern .45 defensive loads don’t offer any upgrades in performance versus their 9mm counterparts.

The conclusion, while rather blunt, isn’t altogether shocking. 9mm has a number of advantages versus .45 but because terminal effectiveness is the primary job of a round, these points have been judged as secondary and potentially outweighed by the .45’s man-stopping capabilities. But if advancements in 9mm projectiles have indeed caught the caliber up in this regard, then there really is little reason left to pass up on 9mm’s other advantages.

At this point in the conversation there is an important question you’re probably asking (especially if you’re a .45 enthusiast): who says the FBI knows everything?

And you would be right to ask this question. The document has been widely referenced because surprisingly little conclusive scientific data can be had elsewhere by the public. This dearth unquestionably contributes to the endless supply of conjecture and anecdotal reports that the caliber debate largely consists of.

So while the 9mm Justification document doesn’t necessarily give us all the juicy details of the research, it stands to reason that it accurately summarizes some of the most sophisticated and comprehensive studies conducted and, at a minimum, far exceeds that of the local gun shop guru’s cinder block shooting experiments.

While data on shooting incident reports can be analyzed, one should be circumspect about drawing too much from them. The extreme number of variables, including distance, differing ammunition types and shot placement means that conclusions should be scarce. But for those who are curious, shooting instructor Greg Ellefritz’s compilation of approximately 1800 shooting incident reports found statistically insignificant differences between .380, 9mm and .45 ACP. The calibers failed to incapacitate their targets at a rate of 16%, 13% and 14%, respectively.

Other Factors for Comparison

One thing the famed FBI document doesn’t take into consideration is overpenetration. While higher velocity rounds give the best odds of penetrating obstacles and neutralizing an adversary, in some cases the danger of bullets going all the way through a target and hitting innocent bystanders could be a significant concern. The broader and less penetrative .45 ACP may afford additional peace of mind in this respect for some. Of course, it goes without saying that this possibility should be avoided altogether at all costs: there’s no replacement for the right training and knowing what is behind your target.

Another point commonly raised is favor of .45 ACP is knockdown power. But this argument doesn’t pack much punch. Apart from critically damaging the central nervous system or causing rapid blood loss, none of the handgun calibers carry enough force to physically knock someone down. If they did, then the shooter would be knocked down as well as soon as they discharged the weapon. In some cases, falling down may instead be a psychosomatic response as opposed to an expression of physics.

From the reports that we have available, it seems clear that neither caliber is a poor choice. Both are well proven to perform admirably within the context of handgun calibers and have improved with technical development over the decades. The projectile is what does the dirty work and thus its overall performance is a better measure to focus on rather than the caliber, which refers to the bullet’s diameter.

For those who want to be prepared for any situation, 9mm may have an edge in areas like affordability, availability and capacity. If you are a 9mm owner and are concerned that you aren’t packing enough stopping power, this article should put that concern to rest: the evidence suggests that you can invest in premium defensive rounds (like Winchester PDX1) instead of changing to a different firearm altogether. Shot placement and the projectile itself turn out to be the key determining factors in terminal effectiveness and caliber is no hedge for that.

However, when comparing ball ammunition (as required by NATO standard for armies) .45 could still carry a significant advantage. And those who opt to use a suppressor are going to get a quieter experience out of its subsonic speed.

With both calibers having a well-earned reputation for effectiveness and longstanding histories, you’d be well-served with either. Comparing handgun calibers is largely splitting hairs when compared to much higher velocity rifle rounds. Both still find themselves issued in military and law enforcement agencies.

As always, training and fundamental skills are ultimately going to supercede most comparisons of gear. But hopefully this article gives you a little more knowledge to make an informed choice of your own.

Ryan Cardone is a writer based in Nashville, TN who specializes in tactical, adventure and survival topics. When he isn't writing, you can find him playing chess or at the range. 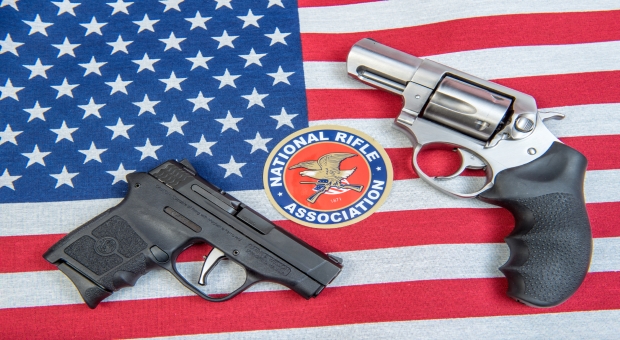 Why San Francisco Declared The NRA A Terrorist Organization 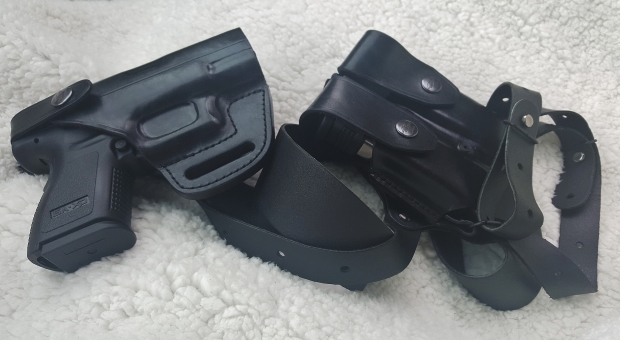 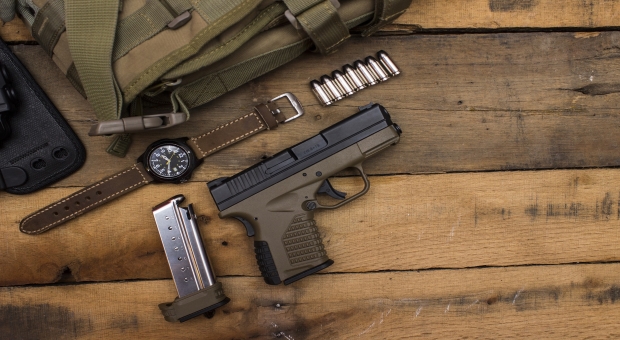 A Beginners Guide To Concealed Carry For Self-Defense 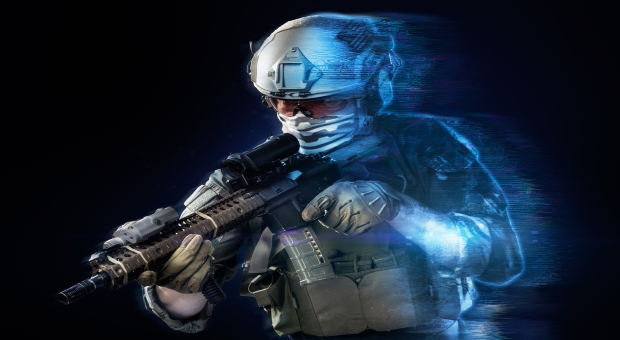 Futuristic Weapons You Need To Know About