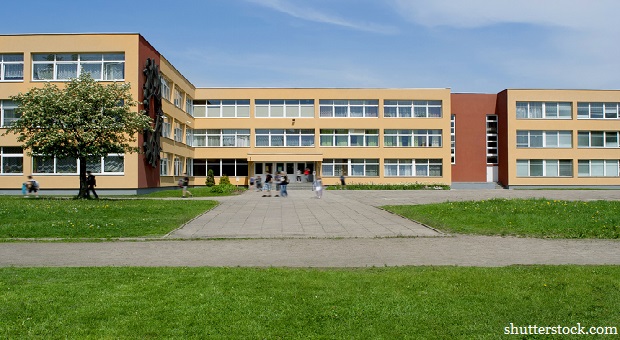 Before I get into this article, I thank all here on Survivopedia that read my article on how to stop school shootings, offered comments, and just as importantly, shared it on Facebook.

Without your interest and dedication, it is impossible to have a constructive and useful conversation on how to address school shootings and other threats in the most effective manner.

As I read through your comments, I noticed that many people would have been interested in building a perimeter defense, but cited cost and difficulty of implementation as reasons to choose other options.

I also offer my gratitude to my editors here at Survivopedia for publishing this article and for their efforts in giving preppers a chance to weigh in on a matter that truly is about how we can best stay safe and alive in these challenging times.

It is my sincere hope that this article offers some viable answers that will move installing perimeter defenses to the top of the list of options for stopping not only shootings on school grounds; but also  preventing other dangers from getting into the schools as well.  In fact, even as I write this, threats to schools have taken on two more sadistic, but not necessarily unexpected twists.

While gun grabbers won’t talk about this story or admit it, the fact remains this event could have killed far more children than the ones slaughtered in Parkland and other gun related massacres put together.

These very same gun grabbers will also go on sticking their heads in the sand and continue blaming guns even though a far greater threat may be overshadowing our schools and our nation.

Threats the Perimeter System Must Address

Aside from stopping a potential shooter from getting onto the school grounds or into a building, a perimeter system must also be able to address the following threats: 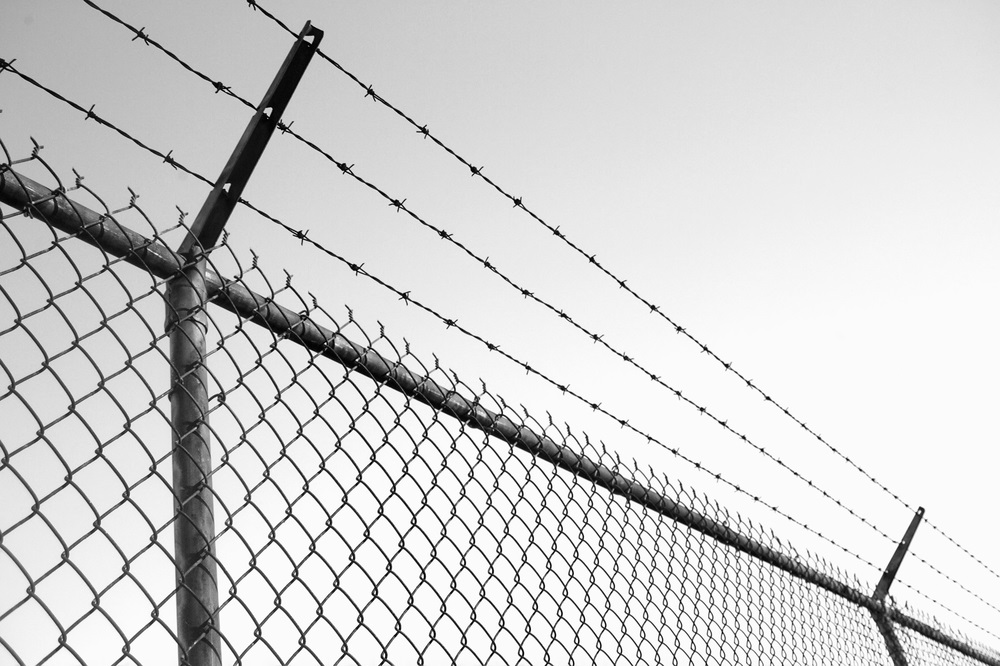 Even though a robust perimeter system with checkpoints can eliminate some of the most common dangers to our schools, there are shortcomings that must be dealt with in order to make the work within our society.

Contrary to the beliefs of many, addressing these problems is not likely to come with a significant cost increase over other design options:

Must be possible to quickly and effectively search vehicles and people without creating delays and disruptions.  Electronics based technologies used in airports can be used to some extent.   Unfortunately, as we have seen in the last few weeks, even teachers and students that belong in the school can bring in weapons from guns to bombs.

The bottom line is everyone (and their vehicles) that wants to enter the school grounds will need to be identified, logged in, and searched before they can proceed.  At the beginning, it will take larger numbers of trained people to conduct searches during peak traffic hours.

Jobless veterans, student loan borrowers who cannot make payments on their debt, and others who are currently unemployed can all be trained to do this job.

Even though it will take time to implement the following, wild mustangs that are already languishing at taxpayer expense can also be trained to sniff out bombs, guns, drugs, and anything else rapidly and effectively.

In fact, horses may be more effective than dogs because they are larger animals and their noses are at the optimal height for detecting odors from vehicles as well as at the ground level.

Since the federal government is already paying for the care, upkeep, and training of wild horses gathered from taxpayer lands, it only requires a shift in the budget to subsidize placing and caring for them on school properties that can accommodate them.

It should also be noted that even to this day, horses routinely patrol in complex city settings where vehicles or foot patrols are not possible or efficient.  When it comes to a school setting, they can enable easy and rapid patrol of the entire fence perimeter, and also make it easier for riders to deploy rapidly in the event of natural emergencies or disasters to areas inside the building.

It is difficult to come up with a cost for building a perimeter around each school because of the variances in the area to be fenced in and the nature of the ground itself.  That being said, the basic materials will be pretty much the same no matter where the fence need to be installed.

Here are some ways to obtain these materials at a lower cost:

Possible Sources of Labor for Building, Maintenance, and Patrol

As I alluded to earlier in this article, there are several sources of labor that can be used at little or no cost for building and maintaining school fence perimeters.  Consider the following individuals and how putting them to work on these assignments can also benefit our economy at little or no extra cost:

Even though jobs are coming back to our country thanks to President Trump’s effort, it simply isn’t happening fast enough to stem the skyrocketing interest rates and cost of defaults for student loan borrowers. The sad fact is there is 1.4 trillion dollars in student loan debt that taxpayers initially funded in good faith. 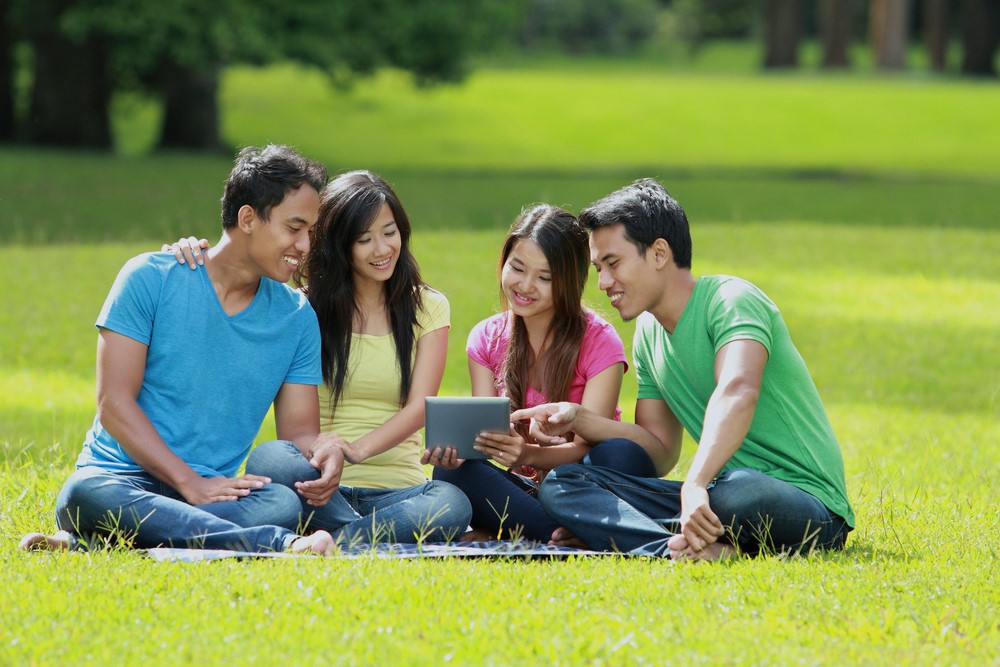 A good percentage of that 1.4 trillion dollars in debt was bought up by foreign banks, and therefore may be part of our nation’s deficit to foreign countries.  Since we have already spent this 1.4 (and climbing) trillion dollars, why not get something back for our money?

All we need to do is put student loan borrowers to work 20 hours a week either on building the fences, as perimeter guards, or during peak entrance hours for investigation purposes.  Instead of getting a pay check, these people would simply get a reduction on their student loan debt, plus a freeze on all interest capitalizations.

In addition, after 15 years in the program, the remainder of the debt should be forgiven without the writeoff being taxed as income; provided the borrower has a viable and sustainable career track to pursue.

During that time, it should also be possible for students with junk degrees to get certifications in viable skills such as drug counseling, PTSD counseling, IT, or anything else where our nation and culture will need more hands and labor once various technologies can take the place of human hands working in the school perimeter areas.

If there is one population that is ready, willing, and able to patrol a perimeter and make efficient check-in protocols, it is our nation’s veterans.

These people already come in with useful skills and can also go a long way to keeping students safe if natural disasters occur and extra hands are needed within the building.  Compensation for veterans would include a standard paycheck or other benefits that would be of interest (but currently not available) to their demographic.

If you do some digging in the headlines, the number of homeless people is growing at an alarming rate.  Many of the homeless are not drug users, runaway teens, or others that made irresponsible decisions.

There are young mothers that lost their jobs, middle aged people that have viable skill sets but no place to work, and even people approaching retirement age that have been winnowed out.  For these people, the best compensation is subsidized housing, retraining programs, and the chance to do something to put their lives back together.

The cost associated with community police moving the homeless out of areas, the cost of fires set by desperate homeless people in the cold, and other costs – it is entirely possible to shift those expenses into something productive such as building these school perimeters.

To my thinking, if we are already spending the money on this particular group of people, but not getting back full value for our money, it makes perfect sense to put them to work in an area where it is a win for the schools, the community, and the person that gets a second chance at living a normal life.

There is no escaping the fact that threats to our schools will evolve with the emergence and availability of various technologies and materials.  It does not matter whether the attacker is sane or crazy, terrorist or misguided cult fanatic. 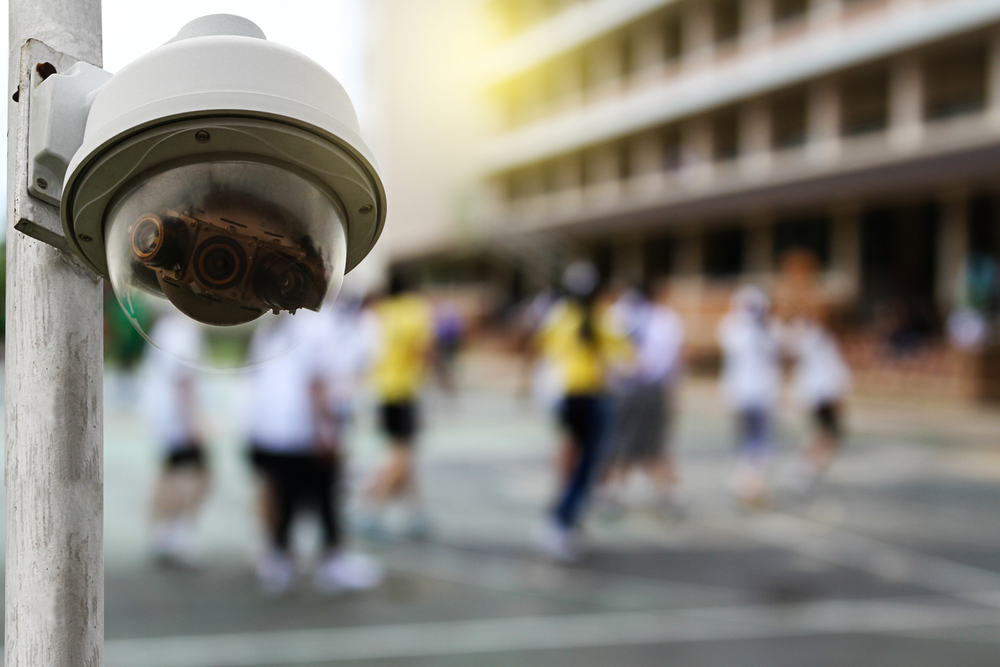 Likewise it doesn’t matter if they use a gun, a bomb, a drone, or some other weapon to harm our children and teachers.  Invariably, even the best defense perimeter and search protocols that we can think of will be a target for those trying to get past it.

This is just one of many reasons why a comprehensive surveillance system is needed at the perimeter, on the school grounds, and in the building.

The surveillance cameras should be constantly observed by at least three teams of viewers that can call guards within the school and on the grounds to investigate immediately.  Prison guards that monitor cameras, TSA camera monitors, and other surveillance professionals can all lend advice on what to look for insofar as suspicious activity as well as how best to field the information.

A comprehensive surveillance system should not stop at just a bunch of cameras and a bank of monitor screens.

Today, technology exists that enables facial recognition and comparisons.  This technology should be used at every checkpoint entry to the schools.  Without a question, someone like Cruz would never have gotten past this kind of system.

In a similar fashion, individuals that are on various watch lists or are listed as potentially dangerous can easily be detected and set aside for further management with these systems.

Because of the technology involved, paying for a comprehensive surveillance system is likely to be the hardest to cut costs on.  That being said, seized drones, donated cell phones with good cameras, and other items can be integrated into a robust system.

Computer technician teams and others that specialize in the integrating various kinds of hardware can more than likely come up with something that integrates multiple devices.  In particular, using free, open source operating systems such as Linux distros will also cut the expense in this aspect of implementation down a good to almost nothing.

No matter where you stand on gun rights, there is no question that our school age children are in extreme danger every time they step into these “gun free zones”.

Just about everyone that is looking at this question from a common sense view also realizes that the threat to the children does not and will not stop at guns.  We have already seen a shift towards smoke bombs and other types well within 30 days of the Parkland Florida massacre.

This is why we must not waste time with halfway answers or ineffective ones that don’t address multiple issues.  A comprehensive perimeter system for the schools is not only affordable, building and maintaining it can also help us address a range of other issues within our communities.

Throughout my life, I have seen many hard times; and I have learned to see adversity, violence, and  chaos as a challenge not just to be overcome, but to be used as a means to thrive.

The massacre of our children must stop, as must many other things going wrong in our society.  This is the time to bring together multiple resources and realign them to make our schools safer and also put other vulnerable members of our society on a more constructive path.

It is my sincere belief that the perimeter defense using the resources outlined in this article will go a long way to achieving school safety and cultural rebuilding. 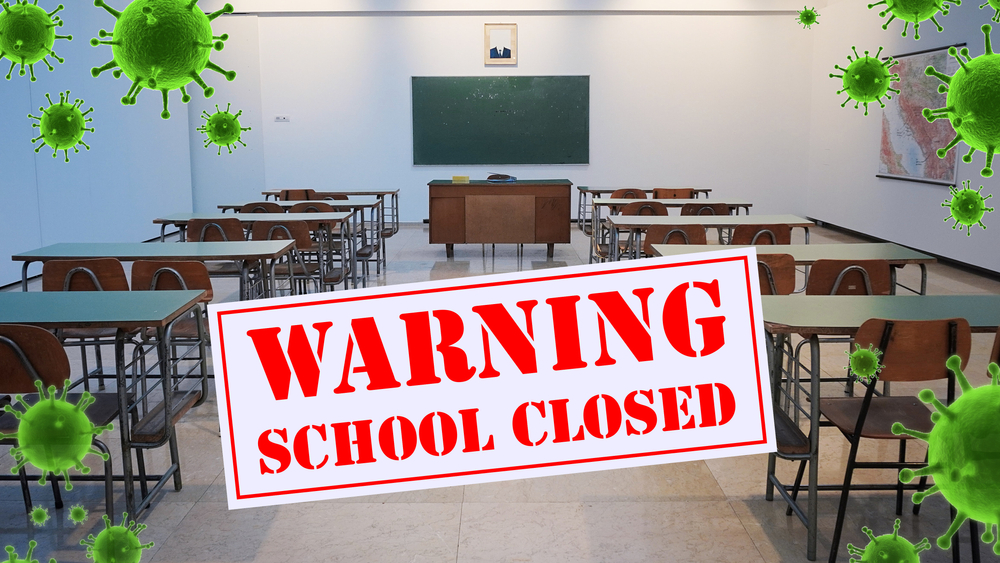 Should The U.S. Open The Schools? 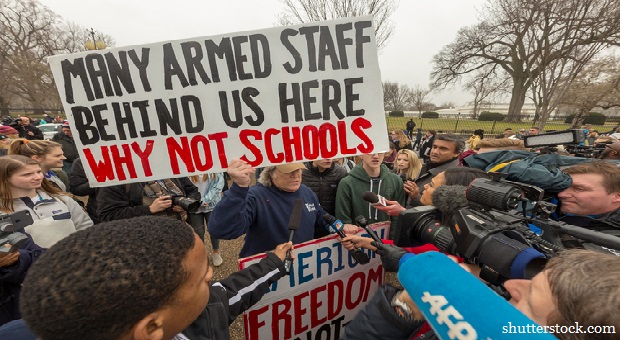 Putting An End To School Shootings