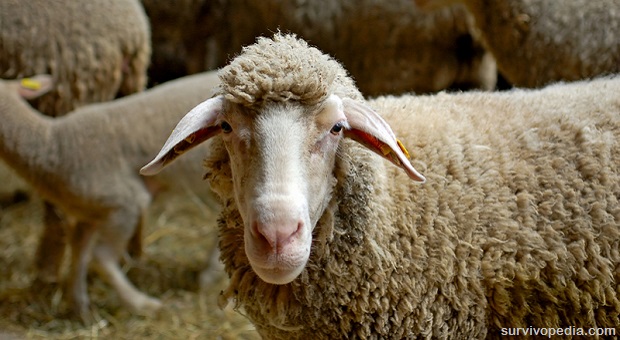 Sheep have been raised for centuries by people all over the world because they’re versatile and hardy.

They’re a good livestock choice for people who are preparing for a disaster situation because they don’t eat as much as larger stock animals, and will also eat vegetation that cows won’t touch. While many breeds are only “wool breeds”, “meat breeds” or “milk breeds”, some are good, solid multi-purpose animals.

Just like with many animals, some sheep thrive better in different climates. If you live in an area that has extremes in temperature or weather, you may want to search for a breed that thrives in your climate.

Also, there are many different factors that go into choosing the right sheep for your needs. If you plan on keeping cattle for milk and meat, then those qualities may not be as important to you as the quality of the skin and wool. 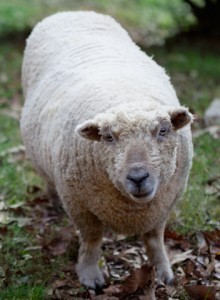 These sheep were developed by a group of people out of Victoria, Australia. They produce lean meat and high-quality wool and are wrinkle-free, making them easy to sheer and to keep clean and bug-free. The ewes are also more fertile than standard Merinos.

Multi-purpose merinos are the result of 15 years of breeding using genetic studies, conformation standards and genetic preferences applied by meat breeders and biological technology used to determine quality and growth rates of wool fibers as well as skin. All in all, this isn’t a sheep bred for showing but that’s not what we’re going to be using it for, anyway.

A bonus with this sheep is that, since the skin is wrinkle-free, the hides are fine and relatively easy to work with. It’s been compared to the quality of Moroccan goat skin so the hides would be great for clothing or for trading. 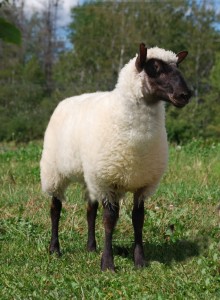 These sheep are named for the old market town of Clun that’s located in the southwest corner of Shropshire, England. The breed is almost 1000 years old but didn’t make its way into American popularity until the 70’s.

The Clun Forest sheep is medium-sized, with rams typically growing to 175-200 pounds and ewes maturing between 130-160 pounds.

Clun Forest sheep are adaptable and hardy sheep that yield plenty of milk, sweet meat, and a creamy white fleece. Twins are typical so they’re also prolific and thus sustainable. They thrive on just grass, are disease- and parasite-resistant, and easy to keep. 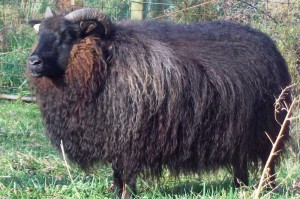 Icelandic Sheep are another great, multi-purpose sheep. The breed is also centuries old and has remained unchanged for most of that time because they’re great just the way that they are.

They have been cross-bred a bit, which resulted in a more disease-resistant sheep. They were imported to Canada for the first time in 1985, making their way to the States in the 1990’s.
They have a double-layered coat that consists of an inner layer of soft, fine wool and a water-resistant outer layer that is longer and courser, growing as long as 15 inches. The fleece may be gray, black or brown and may also be patterned.

{adinserter backyardliberty}The skin is thick enough to use for rugs but still fine enough to be used for clothing. The meat is lean and tastes sweet. As a matter of fact, they’re bred almost exclusively for their meat in their native Iceland.

To add even more weight to the argument that this sheep is great to raise for a SHTF situation, the milk is gaining popularity for both drinking and cheese-making purposes. They’re short and stocky, with the rams weighing in around 180-220 pounds and the ewes at 130-160 pounds.

The ewes are easy breeders and good mothers that typically produce hardy twins and sometimes triplets. Add in the fact that Icelandic sheep are feed-efficient and you’ve got a great sheep to raise for a SHTF situation. 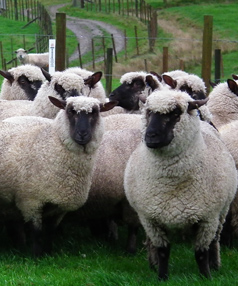 Shropshires most likely originated from native sheep in the Shropshire/Staffordshire region of England, and were better developed in the early 1800’s. They quickly became popular due to the awesome wool and the hardiness of the sheep.

They withstand wind, cold, sleet, and snow extremely well. The Shropshire sheep made its way to the States in the late 1800’s and has been a popular farm sheep ever since.

Adult rams weigh between 226-250 pounds and ewes weigh between 150-180 pounds. The wool is thick and luxurious. The meat is tasty and plentiful. Finally, the ewes birth easily and typically live long lives. These sheep are gentle enough that kids can easily help with their care; in fact, they’re often used for 4-H sheep.

Choosing the right sheep to meet your needs involves way more than we can discuss in one article. The amounts of lanolin in the wool and the length and texture of the hair all vary widely from breed to breed as does the flavor and nutritional quality of the meat and milk. Skins also range from extremely wrinkly to smooth and from thick to thin.

Our goal here was simply to suggest a few good sheep that may be raised in as many different climates as possible. We looked for ones that were sustainable so we considered disease-resistance, breeding habits, and feeding needs as well as physical characteristics. In other words, this is a good spring-board to start you on your search for the perfect sheep for your particular SHTF needs.