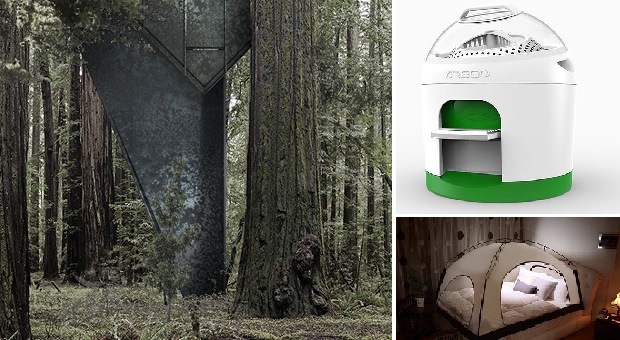 5 New Products For Your Off-Grid Survival

Today’s article is aimed at boosting your chances of survival when living off-grid, and then some!

I mean, the ideas I will present to you today are perfectly applicable to your day-to-day life, but in the case of a SHTF event, they will dramatically increase your chances of survival and they’ll make your life more comfortable.

As you can probably imagine, the first thing that will go down in a SHTF scenario will probably be the power grid. Without electricity, almost everything that we’re currently taking for granted will cease to function. You know – internet service along with most other conveniences, including your washing machine.

By no means is this idea new. I mean, people washed their clothes without electricity for hundreds of years, and the first designs for “man-powered” washing machines date way back to the 18th century.

In the last couple of decades, the new high-tech washing machines have become fairly efficient in terms of water and energy use, but the best washing machine on the planet will be rendered useless if there’s no power available.

Also, even the most efficient and eco-friendly washing machine consumes electricity, and if you’re trying to go completely off the grid and don’t have an electrical system yet, then this is the green way for you to go.

Enter the new electricity-free washing machine, which is powered by you, the owner, via a specially designed food-pedal. This baby is excellent if you don’t want to hand-wash yet you need a mechanical and as-green-as-possible alternative.

The Drumi is the name of the gizmo and it has an almost zero environmental impact; also, it saves energy, time and money all at the same time, in just one product. The Drumi is very easy to operate: all you have to do is to fill it with water, add the detergent and the laundry, then pump on the pedal. You can wash up to 5 pounds of laundry at a time with the Drumi, making it suitable for college students or camping trips, but not so much for large families.

Also, this baby comes in very handy in case of power outages and for saving a few bucks on your utilities bill, because guess what: the Drumi uses eighty percent less detergent and water when compared to a traditional washing machine, not to mention zero electricity.

A load of laundry only requires about 3 gallons of water; one and a half for the washing cycle and another gallon and a half for the rinse. Another cool thing about this device: the total wash cycle only takes 6 minutes, and that’s practically no time at all when compared to regular washing machines.

Here’s a video presenting the Drumi locked and loaded, in full throttle; if you think that’s the machine you’re looking for, you can pre-order the foot powered washer for $129, but it will take a while to actually get it.

Now, that I’ve presented you with the man-powered Drumi, let’s go a little bit farther with the human traction trend, with an even better idea. How about powering ALL of your home appliances for 24 hours while doing your regular one hour daily workout? How does this sound? Awesome, right?

People always complain about the electric bill and how they’re so busy, they never make it to the gym…well, this fantastic idea kills these two birds with one stone.  You have to admit that keeping yourself in shape while powering your homestead for the entire day, basically free of charge, is highly motivating! I totally love this idea, and the best thing is that you can talk your entire family into doing it!

Also, having free power available anytime and anywhere sounds outstanding for those who want to live off grid by choice and consent, not to mention the one billion-plus people all around the world who live without having access to electricity.

Now, that I’ve hopefully captured your attention, let me show you the Free Electric hybrid bike, the brain-child of Manoj Bhargva, the founder and inventor of this game-changing device.

When you pedal the bike, you also drive a flywheel which drives a generator that charges a battery; it’s that simple. The Free Electric hybrid is highly efficient; so efficient actually that just one hour of pedaling will provide enough electricity for a rural homestead to last for 24 hours.

Basically, this project uses human mechanical energy for mitigating one of the most pervasive problems of the world’s population: those who don’t have access to electricity in the 21st century. And obviously, the Free Electric project comes pretty handy for preppers who want to achieve off-grid sustainability.

Having electricity available at your fingertips, regardless of your location, means a lot in terms of additional benefits. With electricity also comes internet access, which translates into educational learning opportunities, as well as the obvious benefits of modern refrigeration, lighting and heating.

Exercising to GET that electricity is a great step toward remedying the obesity crisis in the developed world and your electric bill will go away, all by using clean energy… Just to give you an idea, over half of the world’s population, or almost 4 billion people, has limited access to electricity;  only 3-4 hours a day if they’re fortunate enough to have it at all.

This free energy project could change everything, starting with easy access to education/learning opportunities via Internet. Google works on a project to provide the whole world with free internet using blimps, so if there’s a way to get power, then internet would be available, too.

The next cool idea comes from M’Chenga-Malawi. Okay, again, this isn’t exactly living off-grid, but at least it would be a way to keep communications available as long as satellite structures weren’t disrupted. This one shows you how to charge your phone using nothing more than a mud-oven.

Sounds far-out? Well, check out the video below and see for yourself how it’s done in the Darkest Africa!