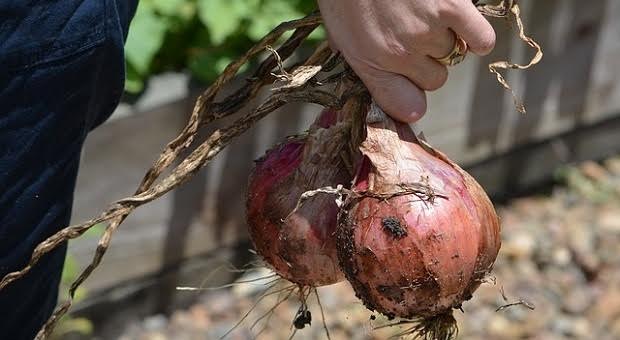 5+1 Organic Remedies For Your Spring Garden

It’s almost that time of year again – time to set out your plants and get that beautiful garden growing! But, one of the biggest problems that many of us face is that we grow our own food to avoid chemicals, but we need fertilizers, herbicides, and pesticides to really get the most out of our labor.

Don’t worry – there are excellent organic options to help your garden grow.

Read the article below to discover them!

You’re not going to grow anything of quality if you don’t start with good seeds. It’s easy to go the cheap route and buy seeds at the dollar store, but do your research. This isn’t the place that you want to skimp because if you do it right, you’ll only have to buy seeds once because next year, you’ll use ones that you harvest from your own crop.

Now, you’ve likely heard of GMO, which stands for “genetically modified organism.” Scientists literally modify the DNA of the plant to make it “better.” Of course, we know that actually means, “more profitable,” not “more healthy.”

Because science tinkered with the natural structure of the plant, the seeds are unreliable. You may get great results by replanting them, or none of them may grow. Besides, GMO have been linked to several different illnesses. Skip them.

You want to go with heirloom seeds because they’ve been carefully cultivated from one type of plant for generations. They’re reliable and safe. To learn more about the different types of seeds, check out this article.

In the event SHTF, you might not be able to run down to the garden center and pick up a bag of Miracle Gro. Why would you want to even when you can? You can make your own fertilizer at home that’s every bit as good as the store-bought stuff, and you know exactly what’s in it.

But what if your tomato plants grow just fine? I’ll be rude and answer a question with a question. How do you know that they’re growing fine? Sure, they may be growing and producing, but here’s the thing – our soil is depleted.

So you need fertilizer. Your compost is going to be a huge part of that, but you can also add nutrients in other ways, such as by mixing Epsom salt around your tomatoes and peppers or by mixing a bit of diluted vinegar in if your soil isn’t acidic enough. Check out this article for more tips for fertilizer, but don’t skip it, whatever you do!

This is probably the most proactive step you can take for a healthy garden, but to do it right, you’re going to need to do it right. You can put many things, from food scraps to paper and ash in it, but there are definitely some no-nos.

Oh, and you can have liquid manure compost – aka manure tea – too. It’s exceptionally good for plants that require extra nitrogen. Manure tea is exactly what it sounds like – manure that’s been steeped in water. It’s a bit involved and takes some time, but it’s well worth the end result. It’s especially good for plants with deep roots.

Oh, those nasty weeds. Of course, if you’re container gardening, it’s not such a hassle, but if you have a traditional garden, it’s a real pain, literally and figuratively. And if you opt to use commercial herbicides, you’re often defeating one of the purposes of growing your own garden  by using chemicals on your food.

Fortunately, you have many natural options that will work just as well as harmful chemicals. First, mulch is an excellent idea for several reasons. It helps keep the weeds to a minimum, it holds the moisture in the soil, and it acts as a natural fertilizer when it breaks down. That’s assuming you make your own mulch, which is cheap (or free), or buy organic mulch, which is NOT cheap or free.

Another option that isn’t exactly an herbicide but works as well as one is to use landscape fabric, which you can also make yourself from recycled sheets, feed sacks, etc. Or, you can buy it. It prevents weeds from growing by blocking out the sunlight. A natural result of this is that it helps hold moisture in the soil as well.

Boiling water works, too. It’ll kill a weed quick, but this isn’t particularly effective if you’re treating your entire garden.

Borax, bleach, vinegar, and salt water are also effective herbicides though you may need to repeat the process. Add a little liquid dish detergent to each for an extra boost. Be sure to spray these only on the leaves of the plants that you want to kill because none of them discriminate.

Be careful not to saturate the soil because all of them alter the pH and can have catastrophic effects on your plants.

This is the big bad of the chemicals that most people consider necessary to growing a healthy, productive garden. And it’s true – nothing will wipe out a garden faster that a horde of hungry aphids, beetles, or other flying or crawling creatures.

Fortunately, you have options here, too, and some of them, such as dish detergent, serve double duty and kill weeds, too.

Neem is probably the most effective. It’s been used for centuries and has more than 50 natural insecticides. Since it’s safe for you, your pets, and your plants, you can use it without worrying about damage. The only problem is that the bug has to actually eat the plant to die, so if you have an infestation of something, you may have some losses before you win the battle.

Chrysanthemum flower spray is lethal to insects because it paralyzes their nervous systems and immobilizes them. Just boil 3.5 ounces of flowers with a liter of water into a tea and spray directly on the plant. The spray stores for up to 2 months. Add some neem oil to give it an extra boost.

I call this the pizza spray – it’s made of 1 clove minced garlic, 1 medium sliced onion, and 1 tsp. cayenne pepper. Add them to a quart of water and let it soak for an hour. You don’t want to cook it; just let it soak. Add a tablespoon of liquid soap and spray directly onto the plant. This will stay potent for a week or better in the fridge.

Grind a couple of handfuls of dried chilis and add to a cup of diatomaceous Earth, then add 2 liters of water. Let it soak overnight, then shake it up and apply.

Other natural pesticides include orange oil, citrus oil. Eucalyptus oil, soap, and mineral oil. Dilute them with water and spray directly onto the plant.

Note that, with the exception of the soap, all of these concoctions are drinkable (though I don’t imagine that you’d want to) so you’re not going to poison yourself.

Bunnies and deers are really cute until you find them eating your carrots and corn. Then, not so much. As a matter of fact, so may say that they’d look delicious on  a plate side-by-side with said veggies after they’re busted dining on your labors.

I once lost an entire crop of cherries overnight because apparently the birds had been waiting for them to be perfect just as I had, but they were up earlier than I was. Two words – bird netting.

But, they do have minds of their own and aren’t easily deterred. Some good ideas that may help you keep from feeding the neighborhood wildlife instead of saving it all for yourself are as follows:

Marigolds. Rabbits, deer, and other wildlife hate the smell of them so plant them around your perimeter. You can also build chicken wire fences around your garden, or around the plants that you’re worried about.

Raccoons and some other animals hate the smell of Epsom salt – which, by the way, isn’t a salt so it won’t kill your plants. Just sprinkle it around the perimeter of the garden. It also increases the magnesium in your soil, so your plants may thank you.

Solar motion-activated lights may help scare them off, especially if you relocate them regularly so that the animals don’t get used to them.

Finally, you can cover your plants at night using tulle netting – that gauzy stuff that a bride’s veil is made of. For that matter, if you’re only covering it at night, you can use light sheets or other fabric that won’t break the plants.

We’ve covered most of the ways that you can grow a healthy, delicious garden without worrying about chemicals leeching into your foods. Plus, most of these suggestions are free or super cheap, so it’s a win in all directions!

Do you wonder what are the secrets that helped our grandparents grow their own food to survive during harsh times?

If you have any more ideas about organic remedies to keep your survival garden healthy, share them in the comments section below. Happy gardening!