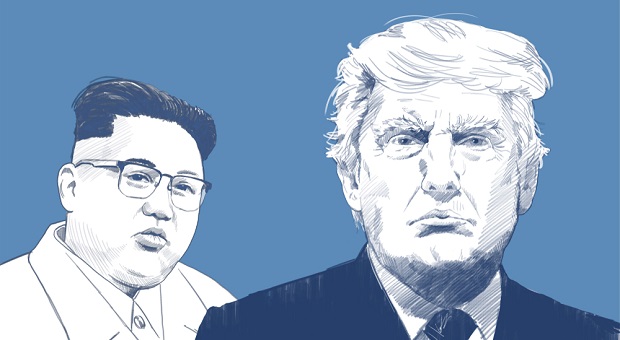 North Korea vs. Trump: Did We Just Win?

He didn’t do so in the sense we’ve all been expecting, launching a nuclear-tipped missile at us or our allies, but in a very physical sense, stepping across the demarcation line and entering into South Korea, where he shook hands with the South Korean President, Moon Jae-in.

This unprecedented move was preceded by an announcement by North Korea that they would be suspending their nuclear and missile programs, just six days earlier. While some might see this as a huge sacrifice on the side of the North Koreans, Kim himself is downplaying it by saying that they have achieved their goals of developing hydrogen bombs and intercontinental ballistic missiles. With those goals supposedly reached, there is no reason to continue testing.

For 65 years, since July 27, 1953, the Korean Peninsula has been in a state of armistice. There was never a peace treaty between the two countries, meaning that the war never really ended. Throughout the time of the armistice there have been incursions into South Korea by the north, both above-ground and through tunneling.

The situation on the Koran Peninsula has caused much concern for the entire region, especially for the South Koreans. Over 28,000 American troops are currently stationed in South Korea, in an effort to ensure that the North doesn’t invade once again.

But that might all be coming to an end. Might, I say. Last week’s meeting between the two leaders ended with a signed statement of intent to end the Korean War and sign a peace treaty. Should that actually happen, it will end the longest standing war in modern history.

In preparation for the Kim – Moon meeting, as well as Trump’s own summit with Kim Jong-un,  Trump’s new Secretary of State, former Director of the CIA, Mike Pompeo, met with the Kim in North Korea. While no details of that meeting have been revealed, President Trump was very positive about it, stating that the meeting went “very smoothly” and that “a good relationship was formed.”

Since entering office, President Trump has met Pyongyang’s fiery rhetoric with his own, challenging Kim Jong-un directly. Probably his best jab has been in response to Kim’s declaration that he had a nuclear button on his office desk. In his now familiar manner, Trump tweeted, “Will someone from his depleted and food starved nation please inform him that I too have a Nuclear Button, but it is much bigger & more powerful than his, and my Button works.”

Trump has received considerable criticism for the bold rhetoric that he has used against the North Korean Dictator, with politicians and pundits on the political left declaring that he was leading Kim Jong-un into a nuclear war. But it looks like his actions might have worked. Every president before him has treated the Kim dynasty with kid gloves, trying appeasement to get the hermit kingdom to back off on their aggressiveness and threats, but none of that has worked. 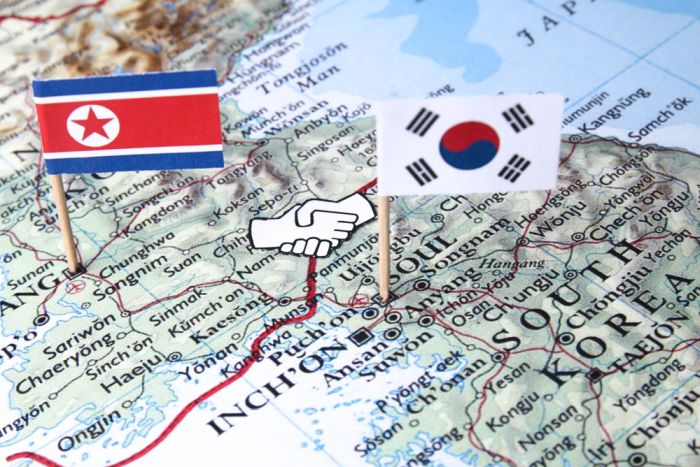 So peace is a possibility.

But wait, don’t pop the champagne corks yet. There’s still a long way to go before an actual treaty is signed. Last week’s meeting was merely the first step in an elaborate dance. If things go as they normally do in the world of diplomacy, it could be a year or two before we actually see the treaty being signed. Much can happen in that time, including events that could derail the entire process.

One major hurdle to overcome is the denuclearization of North Korea. President Trump has declared this as a precondition to any treaty. While he may walk back from that position, especially if it becomes a stumbling block, Trump isn’t one to take a step back. He tends to wait for the other guy to.

Of course, the very idea of denuclearization has to be defined. President Trump is defining it as North Korea unilaterally turning over its nuclear weapons and missiles, as well as allowing independent inspectors to verify that the North Koreans have shut down their program. But North Korea doesn’t see it the same. They are expecting the United States to remove its umbrella of nuclear protection from over South Korea and Japan, in exchange for their denuclearization. This one point alone could be enough to stall the peace talks.

Such details are important and are part of the reason why international diplomacy moves at a snail’s pace. Removing our umbrella of protection from South Korea and Japan would mean that we would have to be able to trust North Korea to uphold their side of the treaty, but can we?

I’m sure that Kim Jong-un will be keeping this in mind during any peace talks. He will want assurances from the US government, just like we will want assurances from his. But decades of bad faith between the two sides will make that difficult at best. Whether the negotiators can overcome these difficulties or not has yet to be seen. A lot will depend on how determined the leaders on both sides are to reaching an agreement that is acceptable to all.

But will it Mean Anything?

There are a number of reasons to feel uncomfortable with this potential agreement. That doesn’t mean that I would rather see an escalation of the war, but rather, I’m not sure of Kim’s motives. On the surface, it seems that he is going back on a number of thing that not only he said, but that his father and grandfather before him said.

One of the long-stated purposes of the Kim dynasty has been to reunify the Korean Peninsula under their leadership. That was the purpose of the Korean War in the first place. The North Koreans thought that they could conquer the South and that the United States would stand by and allow it. This misunderstanding was caused by a statement by the then Secretary of State, Dean Acheson, outlining the US “defensive perimeter.” South Korea was left out of that statement.

There is nothing that Kim has publically stated, which leads me to believe that he is not still seeking the reunification of Korea. Rather, his speech at the signing with President Moon makes it sound that his goal is still the reunification of Korea. More than anything, he talked about how North Korea and South Korea are the same people. That doesn’t sound like he is giving up on a reunified Korea.

I really can’t see Kim Jong-un turning control of North Korea over to the South Koreans, just to be able to reunify the Korean people. That would go against everything he and his ascendants stood for. Their idea of a united Korea has always been under their leadership, not as a “vassal state” to US imperialism.

Nor does it make any sense for him to bleed his country dry in order to build intercontinental ballistic missiles and nuclear warheads, merely to give them up in order to join the community of nations. North Korea’s “military first” policy has forced the people of the hermit kingdom to suffer incredibly. Were he to suddenly go back on that policy and tell his people that it hadn’t been necessary, chances are the North Korean ruler would not survive the wrath of his own people.

So I have to ask, what’s really going on? What is Kim Jong-un thinking? All I’m certain of is that we’re not seeing the whole picture. There are things being hidden from us, and they could different things, being hidden by a number of different people. It will take time to find the truth.

I do know this; our government should proceed with the upmost caution. We should not be so willing to sign a deal, that we are willing to accept a phony deal or one that doesn’t accomplish our goals. We don’t need another Iran deal, created just to make a politician look good.

Fortunately, Donald Trump doesn’t seem all that concerned about his legacy. He is a pragmaticist, like most businessmen, seeking for solutions to problems, regardless of where they come from; not someone who is driven by political ideology. That’s good. He has already stated that he is unwilling to accept a deal that does not denuclearize North Korea and that he is not afraid to walk away from the bargaining table. That sort of pressure on North Korea might just be necessary.

At the same time, he shouldn’t be too quick to walk away from that table. Business negotiations move at a much faster pace than diplomatic ones do. I hope he has the patience to see the process through, even if it doesn’t move along the way that he wants it too.

As for the rest of us, we must take into account that this could be nothing more than a fancy ruse. We are still living under the threat of North Korea’s nukes, and that threat is not going to go away soon. Even if it does go away, which is what we all hope for, that will take a couple of years at the best. In the mean time, the madman in the north could push the button any time, even if it would be at the price of the destruction of his own country.

Of course, that isn’t the only nuclear threat we face today. Iran is still a danger and so is Russia, but if President Trump can manage to diffuse this one, he will deserve a Nobel Peace Prize, for diffusing the single greatest threat of war in the world today. 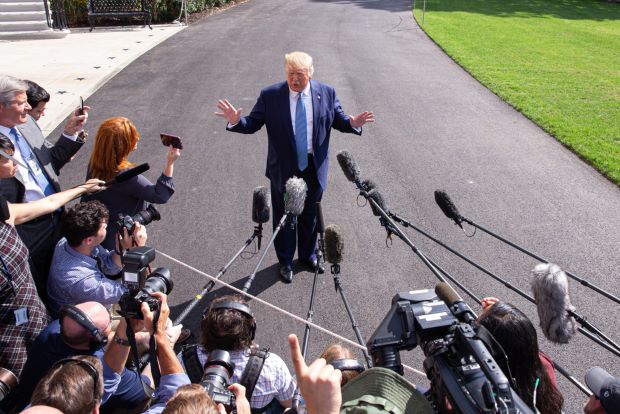