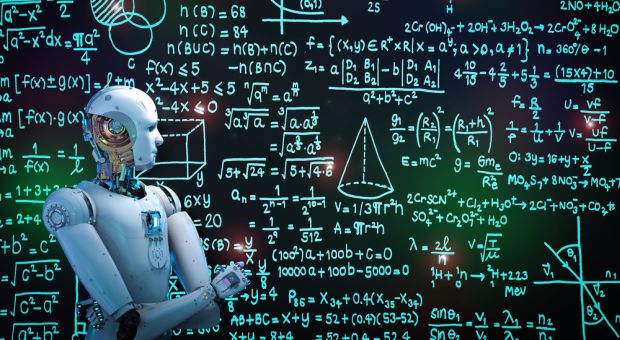 According to many doomers, the rise of AI (artificial intelligence, as opposed to natural stupidity) will be something along the lines of the scenario in the Terminator 2 movie.

At some point in the future, Skynet will become self conscious and it will decide in a few pico-seconds that we’re useless eaters. You know the rest: AI will trigger a nuclear war, and everything in the world will be turned into rubble. Think along the lines of The Road (the movie starring Viggo Mortensen). But enough with the Hollywood’s neo-Luddite dark obsessions. Those leftists in Hollywood are clueless about everything else, so why would they be right about the rise of the AI?

Despite my sarcastic preamble, today’s article is about the popularly perceived dangers of the AI, or how “IT” could turn against us, leading to War World 3 and the whole nine yards. There’s a guy I know of who pretends he’s already seen the future and it sucks. Joke aside, I am talking about Antonio Garcia Martinez, and this is not your average apple-seed writing dumb op-eds to put the fear of God into innocent people who just want to live their lives quietly and mind their own business. This guy is a former tech industry insider and a high IQ individual, more precisely a former Goldman Sachs strategist, Twitter adviser, product manager for Facebook etc. Basically, Antonio had all his 20 fingers and toes into all the AI-filled pies in the world. Judging from his portfolio, we can safely presume Antonio to be at least a millionaire, yet after he has seen the future, it looked so bad that it made him flee for the woods. Literally.

After years of toiling for world’s biggest corporations and getting obscenely rich in the process, Antonio Garcia Martinez is now living somewhere North of Seattle, hiding in the woods, with a pick-up truck, a dog and a gun. Okay, and maybe a bucket toilet.

Why did this happen, you may ask? The AI/the evil robots are coming to get us, that’s why, and no one will be spared in their path, or at least very few. Or so dixit Antonio.

According to his vision of our brave new future world, within a generation, or thirty years to be exact, half of us will be unemployed, and that’s due to the rise of AI, obviously. With half a population without a job here in the US, things will get ugly fast, and there could even be a revolution, maybe a Butlerian jihad of sorts if we get lucky. But no, we won’t get lucky.

In his view, in ten years or so, we’ll be ran over by self driving trucks, and since America is gun-country, the hundreds of millions of displaced (from the work force) people may revolt against the “system”. Most people don’t realize it, but we’re currently in a race between politics and technology, and the latter is winning. They’re actually way ahead.

I know, for many of my readers, these may sound like the delusional ramblings of a Luddite fanatic, but many others (including Elon Musk and the now-deceased Stephen Hawking) share his fears. Even an AI guru, Jeremy Howard respectively, believes that if anything, we should be more worried about AI working in collusion with those pesky robots for displacing/dislocating/setting adrift America (and the world’s) work-force in the near future.

Professional optimists claim that while AI and robots may “temporarily” replace regular jobs, in the future, technological advancement will inexorably create new ones, like it always happened in the past. However, with robots and AI taking over, the old argument about technological revolutions creating new and amazing jobs doesn’t work, as it’s based on the prior Industrial Revolution, after which we all ended up just fine.

The problem with the AI revolution is that wealth and power will be confiscated (in the first phase, stick with me) by a tiny class of society, a technological elite of sorts, while most of us will be rendered useless eaters, leaches to society by any definition, as the working class will not be able to compete with with robots. Humans are to be basically rendered obsolete, as most workers are mentally sluggish and physically weak compared to, well, androids maybe.

Joke aside, these theories are actually unfortunate and unavoidable facts, if we continue on today’s path. Let me give you an example: between 2000 and 2010[1], America lost 5.6 million manufacturing jobs. And no, it wasn’t Mexico’s fault. 85 percent of the jobs were lost due to automation.

Another study[2] predicts that almost half of US jobs will be destroyed by automation in the next 20 years. And these are Oxford economists, not doomsayers. This means entire professions which were previously thought to be the exclusive domain of blue collar Americans will be taken over by machines. And I am talking about restaurant jobs, commercial driving, retail work and so on and so forth. Even white-collar jobs are in danger, the likes of data analysis, translation or journalism. A report[3] via White House claims that 83 percent of US jobs paying less than twenty bucks per hour will disappear due to automation.

The problem with humans getting replaced by machines in the future is not new. Aristotle wrote about technological unemployment, while John Stuart Mill even advocated (if I recall correctly) prohibiting technological advancement which may negatively affect workers.

I used the term Luddites/neo-Luddites in the first part of the article. Well, these guys are famous for destroying machines back in the 18th century, out of fear the machines will take their jobs. However, the new technological revolution, AI and robots working hand in hand that is, is not a Luddite fallacy as many claim. There is vast empirical evidence already that automation is displacing large segments of the US work force, and not only this is nothing to celebrate, but only the beginning of the AI takeover. I mean, this is not a hypothetical scenario, but something already happening.

Fearing mass unemployment due to automation/AI is one thing, but some theorize that AI robots will some day become so technologically advanced, as in smart and self-conscious maybe, that they’ll be able to dominate and finally eradicate their masters (that would be us). This theory is not propagated by drug addicts nor freaks, but by Elon Musk, a tech titan who’s worth tens of billions of dollars, who recently said he’s terrified of AI, which represents a fundamental risk to the existence of our civilization, or something along these lines. He said this during a gathering of US state governors, and I believe he drew a lot of attention. The recently departed in another dimension famous physician Stephen Hawking, seconded by Bill Gates who I hope needs no introduction, is also terrified of AI, warning about a future when we’ll lose control of our “robots”, and end up exterminated or enslaved by them.

Stephen Hawking summed up the problem with AI very simply: on short term, the impact of AI/robots on society will depend on who controls them. However, on a long enough timeline, the problem is whether AI can be controlled at all. Unlike humans,  AI machines are capable of evolving orders of magnitude faster, and this may present us with unexpected consequences.

Just to give you an example about technology being both a benefit and a hazard, think about atomic fission, which can be used for either good (nuclear power) or evil (atomic bombs).

Artificial intelligence is just the same, and to give you a hint about its potential catastrophic uses, think along the lines of autonomous battlefield robots, also known as autonomous killing machines. Currently, over fifty nations are racing to develop such monstrosities, and the cherry on top will be AI robots capable of making kill decisions on their own, meaning without having a human in the decision chain. You think this is just theoretical? Do your own research.

These weapons may be decades away for now, but billions are poured into research and development by countries like ours, Israel, Russia, China, Germany, India and the UK. Drones and battlefield robots are currently allowed by international law, but even if they weren’t, when countries go to war, I doubt that China, Russia or India have much respect for international/humanitarian law.

The question is, how long will it take for an AI machine to master the art of R&D, i.e. to learn how to program itself, thus becoming smarter and smarter in geometrical progression? This concept is called intelligence explosion and it was theorized by an English mathematician back in the sixties. Half a century ago, I.J. Good was very preoccupied with artificial neural networks, which are now all the rage in Silicon Valley, some fifty years later.

These artificial neural networks try to duplicate the way the human brain functions, which may soon translate into self improving AI. The next logical step is to assume that self improving robots will become exponentially more intelligent than us, and then what? They’ll save us from ourselves becoming our best friends and solving all of our problems? I seriously doubt it.

Another issue is who will control all these lethal and uber-intelligent machines? It’s also worth considering that experts developing AI are not exploring ethics, nor safety in the process. All they’re looking for, at least for now, is economic value, even if such technologies may at some point threaten our survival as a species.

Let me end this piece with a quote from Stephen Hawking:

“The development of full artificial intelligence could spell the end of the human race. It would take off on its own, and re-design itself at an ever-increasing rate. Humans, who are limited by slow biological evolution, couldn’t compete, and would be superseded.” 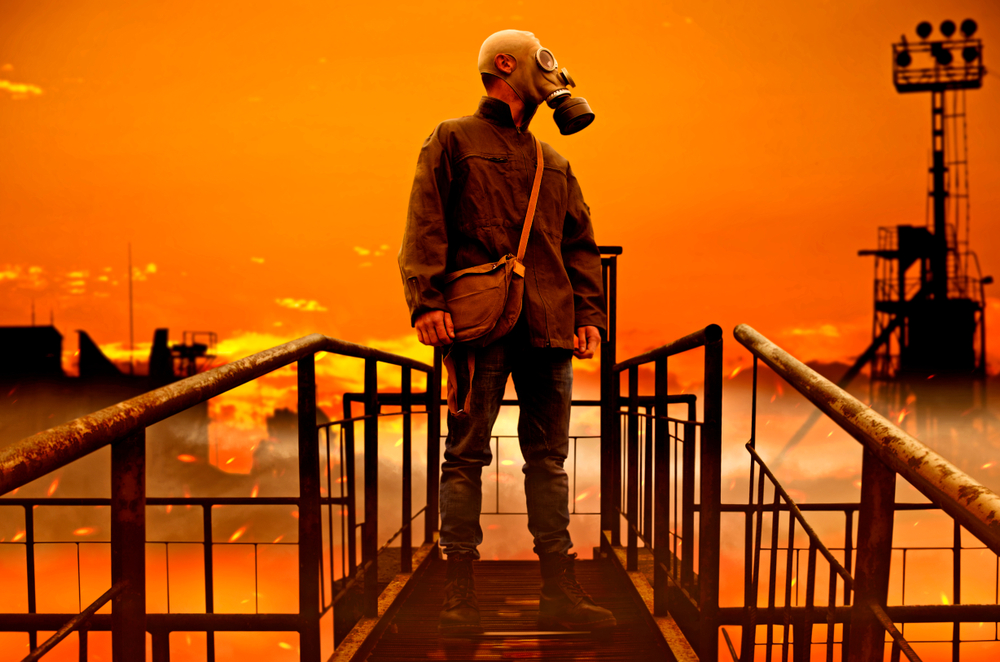 9+ Essential Professions For A Post-SHTF World