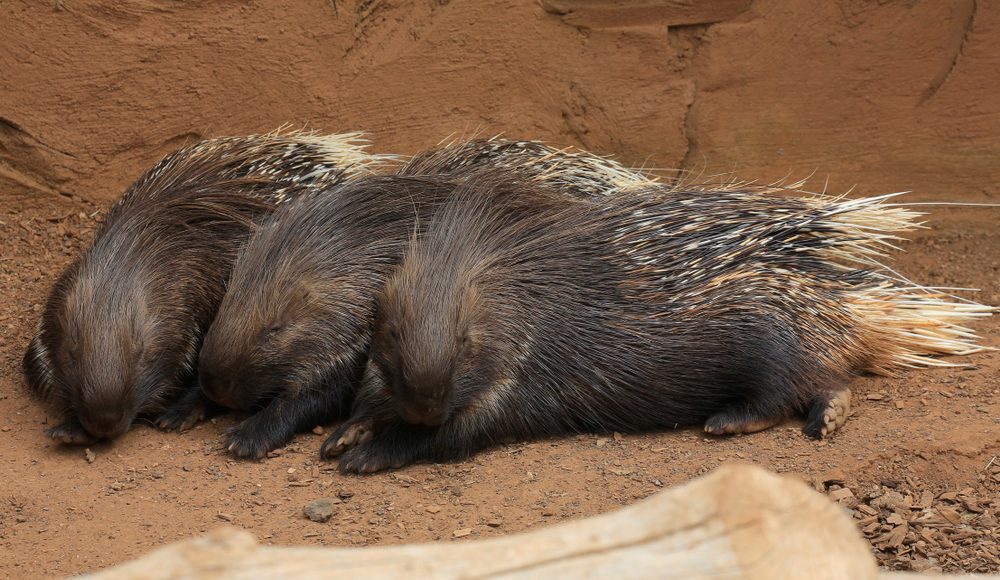 In case the proverbial brown stuff does hit the fan, acquiring food will become a significant concern for most people. Some will ration what is available in their pantries, while others will try to procure their food through any means necessary.

As you can imagine, hunting will become an intensive activity, and there will be a lot of competition for whatever big game is left out there. You, like many others, will try to bag whatever is available, but you must outsmart the others if you want to obtain that much-needed protein. Rather than focusing on big game, how about you pick something more affordable, like porcupines?

On various occasions, I’ve also explained that survival hunting is much more different from your average hunting session when going home empty-handed is not a threat to your survival. When you hunt for food, you have to plan everything according to the reward you get by considering all the energy you spend and its risks. Ideally, the power and the risks you spend hunting for whatever prey you have in mind should be less than the amount of energy you get from the food you obtain.

Getting back to our porcupines, if you manage to bag one or two of these quills-covered critters, it will well worth the amount of energy you spent doing so. They are easy prey, and you can even kill them with primitive tools such as clubs.

Porcupines have poor eyesight, and you can sneak up on them quickly, not to mention that they are not too fast, and you can chase them without spending too much energy. As long as you don’t make too much noise, they are easy prey.

Even if they are slow animals and have lousy eyesight, porcupines are not defenseless. Their long quills (ranging from 3 to 12 inches) should become your main concern as they can inflict great harm if you get careless.

Porcupines belong to the Rodentia family, and they are the largest rodents in North America. Their weight can vary depending on the habitat, and they are usually in the 20-25 pounds range, while in some instances, they can weigh 30 pounds or more. They have a body length between 24 and 35 inches and a height ranging between 13 and 16 inches.

While beavers and muskrats are hunted, considered pests, and do a great deal of damage to the environment, somehow, porcupines are left alone since they don’t pose any serious problem to our way of living. Most hunters do not waste time with porcupines, which is one of the main reasons their populations are steadily growing.

As a wilderness survivalist, you should concentrate on hunting porcupines since they are great meat and fat source. Even more, you can find these critters in most forested areas of North America and the rocky regions up to 12,000 feet high.

Porcupines are nocturnal animals, and they are rarely active during the day. They have only one predator hunting them actively, and that’s the fisher (a carnivorous mammal of the weasel family, native to North America). Besides the fisher, few animals dare to bother porcupines since their exceptional defense will keep everyone and everything at bay.

Hunted during the winter season

Our ancestors used foraging and hunting to supplement their meals, and these were everyday activities for procuring food, besides traditional farming. In today’s world, hunting has become more of a sport than a means to assure sustainability, and some fewer people feed their families through mainly hunting.

Even more, the modern hunter is pursuing only big game that can provide good trophies. The sport hunter targets moose, elk, and bear since these are much more exciting and entertaining prey. On the other hand, the meat hunters target whatever is available and whatever luck brings in their path. They hunt what is available, legal, and easy to procure, and this means that small game is what they’re often after.

Read books depicting the history of our ancestors. Surprisingly, you will discover that porcupines were not of interest to Native Americans and the first settlers, even if they were available in large numbers. Most historians state that porcupines were only hunted for food during the winter season since it required little energy to bag them due to their slow nature.

There was no desire to pursue porcupines during the warmer months, and by doing so, the porcupine populations would increase, providing abundant prey during the colder months. Although there isn’t clear evidence that this was done on purpose, it is a logical behavior on their side. When other prey is plenty during warmer times, why go for something that can hurt you and take time to process when turkey, rabbits, and other prey is less troublesome?

Even more, some say that porcupines were hunted during the winter season since they have a good amount of fat, and as you know, people require fat to survive and work in cold environments. They were the preferred alternative since it’s much harder to pursue bigger and faster prey in deep snow.

The meat hunter should be an opportunist, and just like his ancestors, he should harvest any prey that presents itself. In the fall and winter seasons, these slow-moving animals are the most accessible, and you won’t spend too much energy bagging them.

If you want to hunt porcupines, a simple .22LR rifle is pretty much all you need, and it should be the firearm of choice when hunting small game. You can even use a sidearm like a revolver if you prefer, but you will never go wrong with the rifle.

As said previously, porcupines have good hearing, and when you hunt them, you need to walk slowly and stop often. Most of the hunting action will be looking and listening, and you will usually have to scout the ground and the branches on the surrounding trees.

Good eyesight does most of the job when hunting porcupines, but you should also count on your hearing. Since they have a terrific armor of quills, porcupines are not shy animals, and they will make themselves heard in one way or another. They have a distinctive chewing sound, and you will be able to learn and recognize that sound after a few hunting sessions.

Another way to bag porcupines is to track them or looking for their denning sites. They always leave signs on the snow when they chew the trees’ bark (they prefer hemlock and spruce forests). You will find small piles of woodchips, and you can be sure a porcupine is nearby.

You can also look for scat signs when hunting porcupines. Their droppings are small, one-inch-long pellets and are curved, looking like beans. Ironically, most times, you will find both woodchips piles and droppings at the base of the tree, and if you scout the area, you’ll probably find the animal responsible for those marks.

When you find the signs and there is no porcupine in the vicinity, your best bet is to look for a den nearby. Since they don’t travel too far from their food source, a nearby rock formation or downed trees will make ideal dens, so make sure to check such locations. Even more, there’s always scat near their dens since they push all the trash outside.

Now when you find the den, you need to be cautious and plan your following action. A basic hunting rule says never to go after an animal in its lair. That should be even more understandable, quite common sense actually when you’re dealing with an animal armed with sharp quills.

Rather than trying to flush it out or going after it, mark the den location on your map and come back later. I guarantee that you will find that porcupine outside, feeding in the trees near its den.

How to prepare a porcupine

The quills are the most challenging part when preparing a porcupine. You should avoid rubbing your hands against the grain since these guard hairs will inflict serious harm. Some prefer to singe the hairs before preparing the porcupine, and this is a suitable method if you don’t want to save the quills.

Field dressing requires a little bit of attention, and after you’re done skinning and gutting the porcupine, you can prepare it just as you would do with a rabbit. There are various video guides online, and I recommend checking them before trying them yourself.

I’ve mentioned wanting to save the quills, and you may wonder what that was about. Our ancestors used the quills to make various art forms since the quills would easily absorb dyes (they are hollow). Using porcupine quills is almost an extinct skill, but back then, quills were used to manufacture baskets of all sorts and decorate clothing.

The survivalist hunter will do whatever is necessary to keep his loved ones fed and alive. While eating porcupines may not be an acceptable option for some readers, it may be the only option in a survival situation.

Harvesting porcupines was a common practice for our ancestors and a good reason. These animals provide a good amount of meat with high-fat content and can be hunted all-year-round. 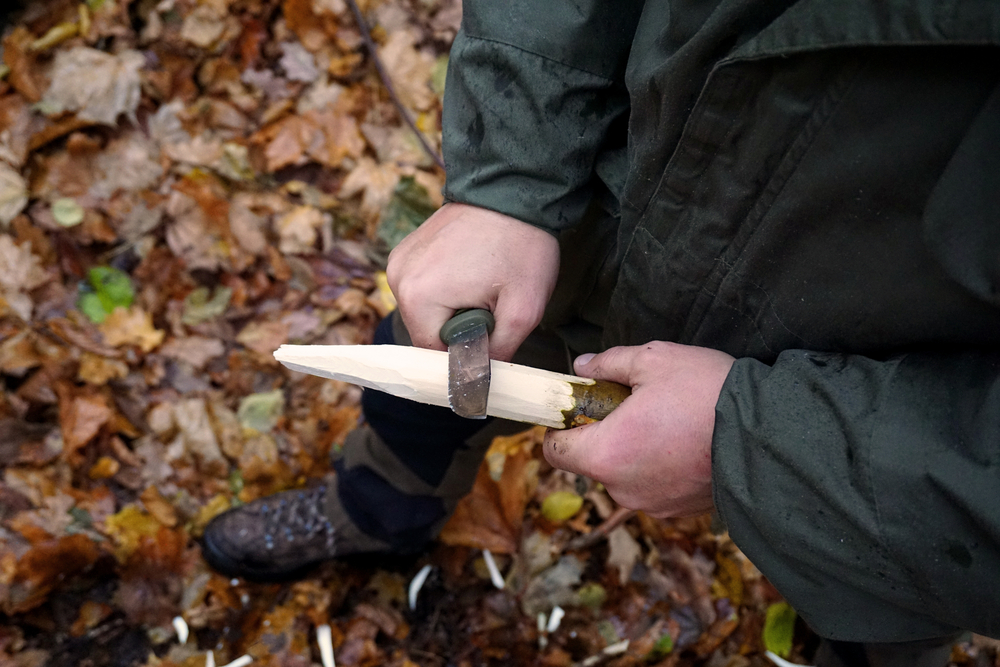 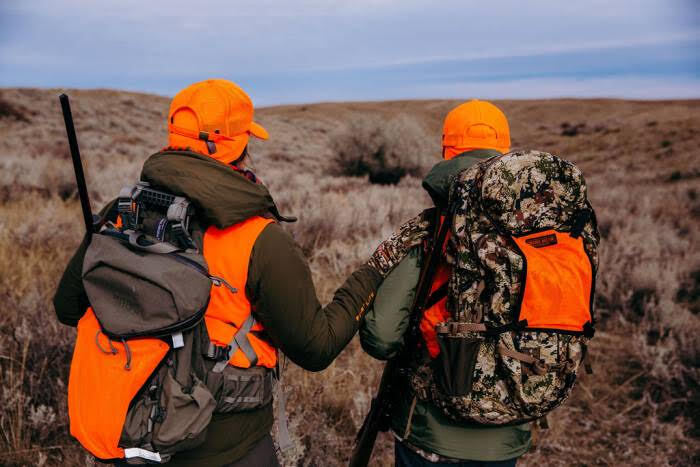 5 Basics For A Hunting Trip With Your Family 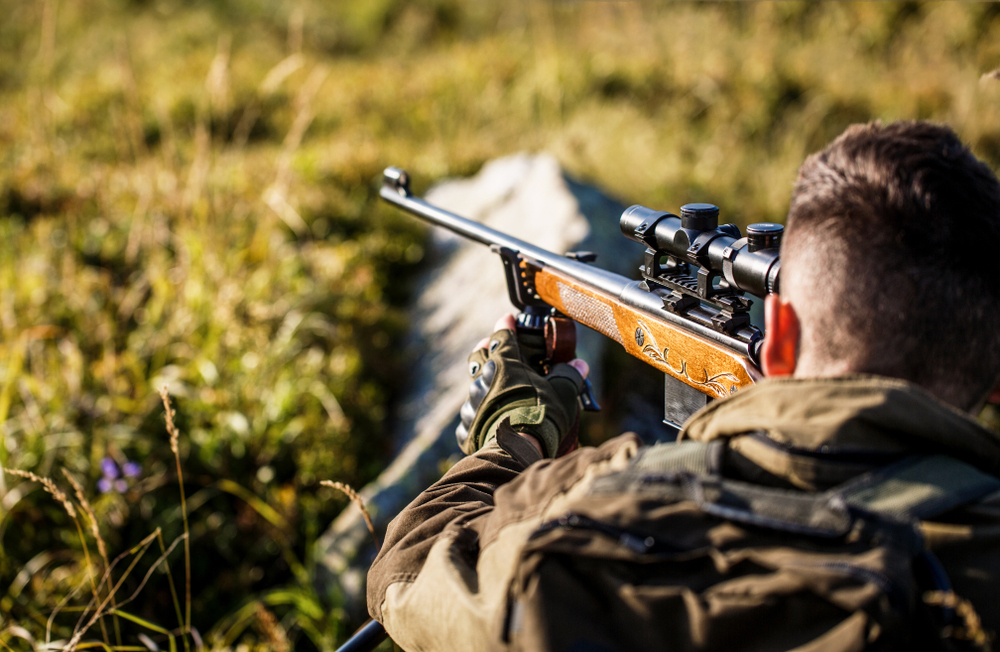 How To Become A Better Hunter This Season