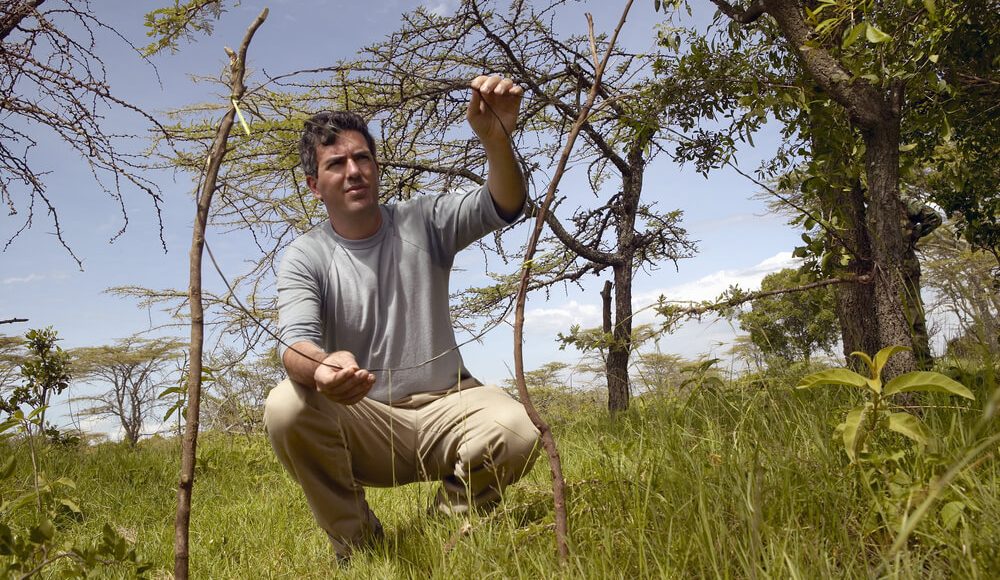 How to Use Snares to Acquire Food in the Wild

Having a metal cable or two can prove ideal in a survival situation because not only will it help you hold heavy stuff in place, but it can also be used to acquire food.

Trappers have been using snares for generation, but with the technological advancement improving our world, the snare has been turned into a finely tuned instrument. They no longer have to rely on a flimsy wire with an open eye for the loop to slide through. Today’s snares are equipped with fast-acting and sure-locking locks. These attributes will make sure that your snare will make a quick and secure catch.

Before going forward with this article, I have to mention that snares are not liked by many, and it can cause various reactions in different states. In some parts of the country, snares are illegal to be used, while in others, they are the only legal mean to catch fur animals. To make sure you won’t get in trouble for using snares, check your state’s regulation.

Good quality snares are excellent survival and everyday food-gathering tools. But you must keep a few things in mind before relying on them. One snare alone is not going to supply you with much food. Sure, it only takes one snare to catch an animal, but if the animal doesn’t go through it, you have no chance of catching it.

You should keep in mind that snares are not perfect, and they do fail at catching animals that come along. Some animals may bump into them, and the snare will close before the animal puts its head through the loop. Wind can also blow the snares, and they will be closed long before the animal comes along. It’s mostly a numbers game, and experience trappers usually have two misses for every catch.

To make sure you have enough food during a survival situation, you need multiple snares. As I said previously, it’s a numbers game, and large quantities for snares put the odds in your favor. Even so, if you don’t place the snares in the proper places, you won’t catch anything.

You will need multiple snares because you will have to cover a large area, but also because some of your snares will be destroyed when catching an animal. The locks and swivels are most time reusable, but the cable will have to be replaced.

So, talking number, and knowing that one is too few, what number is too many?

This really depends on what you are planning for your snares. If you only want to carry some in a day pack or survival pack, four to six may be enough. If you hope to run a long trapline to earn extra money, 300 may be a more realistic figure.

You’re probably shocked now, and you contemplate that quantity as way too high to be realistic for you, but you have to consider that many of the snares will have to be replaced. Raccoon trappers that are used to take more than 200 raccoons a year using nothing but snares have to often replace the snare catching an animal. To have a working trapline, a coon trapper often uses around 500 snares per season.

These are for those making a living out of it, and it can be considered extreme by the average survivalist since he or she may not be able to handle a full-time trapline. In general, two or three dozen good quality snares will be more than enough for the needs of most people.

When acquiring or making your own snares, you must keep in mind that certain animals will muscle their way out of a snare. For example, a snare made from thin copper wire will work just fine for rabbits, squirrels, or other small animals, but it will be no match for a raccoon. These are of limited use, and you will be able to bag only small animals.

When survival is on the line

In a survival situation, one small animal like a rabbit or a squirrel will not make such a big difference in whether you live or die. As an example, the rabbit you just caught will supply you with a pound of meat or more if you are lucky. However, if you manage to trap a raccoon, you will obtain around 35 pounds of meat or more. This fact alone should convince you to go with the stronger cable snares.

Even more, don’t think that a cable snare will prevent you from catching small animals like squirrels and rabbits. On the contrary, it will expand your catch to include larger animals like raccoons, beavers, coyotes, and in some cases, you can bag even a bobcat.

A good trapper targets the animal he or she wants to catch, but most importantly, they know how to avoid catching the animals they don’t need. For example, most trappers avoid deer.

A location that is suited for trapping coyotes is often along a cattle or game trail. So you can imagine that an improperly constructed snare will catch a deer, which you wanted to avoid in the first place. Even more, the deer will not be caught by the head but by the foot.

It is a very simple matter to make deer avoid the snare. A stick placed on an angle over the top of the snare will cause the deer to jump the snare. Some of the newer cable snares are designed with locks that breakaway when an accidental catch of a deer is made. This is fine for fur trapping and everyday food gathering. In a survival situation, you’ll need to hold on to whatever you catch.

Cable snares come in various sizes or gauges of galvanized aircraft cable. Usually from 1/16 to 3/32 of an inch. They are even offered in a variety of twists, such as 7×7 or 1×19. Top snare hunters prefer a certain diameter cable coupled with the “right” twist to use on different animals.

This shouldn’t be of concern for you, the beginner snare user. Snares are sold by sizes that are matched to the animals you intend to catch. As a general rule, most advanced trappers recommend the all-around size, which is Gregerson’s number 4. This snare can be used to trap a coyote, beaver, or raccoon.

Since you can take animals by using steel traps or by hunting, why then should you consider using a device that has been used by man since about 15,000 B.C.?

The reason is pretty much obvious. Snares can offer an efficient and low-cost means of providing for yourself. They also offer a quiet way to harvest animals. Snares can be set, so the animal is caught around the neck and is found dead when you check the set. If a snared animal is still alive when you arrive to check, a .22 short can be used to dispatch the animal. The short is a relatively quiet round.

If you find yourself in a situation where you have to keep a low profile, and you must avoid making noise, a club can be used. When I say club, I don’t mean you have to club the animal to death. A sharp blow to the head, “between the eyes” like the old slaughterhouse method, is quick and efficient.

If you are using snares to catch dinner, you need to learn about the animal’s habits. It’s a must to place the snare in a location that the animal uses.

Besides picking the proper location for setting the snare, how you set it in place also plays an important role in bagging your food. It needs to have the correct loop size and hanging height. Hanging height refers to the height of the bottom of the loop off the ground. Loop sizes vary with the species you intend to catch.

As a quick tip, the loop for foxes is about eight inches, while for coyote and beaver, you will need a 12 to 14-inch loop. Even if both animals have the same size loop, the hanging height is different.

In general, beaver snares are set four inches above the ground, while for coyote snares, you will require 12 inches of space. A common misconception is how the snare loop is set in relation to the ground. Most people believe the loop is laid out parallel to the ground. In actuality, it is set perpendicular to the ground. The snare is placed this way, whether you intend to make a neck or foot catch.

The best place to set the snare is where the trail is naturally narrowed. Some of these trails will pass next to a tree, a fence, or rock formation. These obstacles come to your aid and will guide the animal through the snare. If the animal follows a trail that was dug under a fence, you are even more in luck.

Most snare trappers set are of the blind type. This means that they are usually set without using baits or lure. They are placed in narrowed spots in the trail in an attempt to catch the animal as it makes its rounds. These rounds may be nightly in some raccoon areas, or they could be up to two-week intervals in coyote areas.

To make a snare set, the snare alone is not enough. You will also need a wire to attach the snare to a stake, tree, or any other support. This wire should be 14 1/2 gauge doubled. In certain situations, it is advised to use three strands. Keep in mind that the wire also serves as a means to stabilizing and adjusting your snare, which is important to ensure proper snare placement and a successful catch.

Besides this, you will also need a good pair of wire cutting pliers and a hammer, which will be used for driving the stakes. The stakes you can use can be either wood or iron rebar.

Snares have many uses, and in a survival situation, they will help you acquire food. If you have these useful tools in your survival pack, they will keep you fed, and you can even make some extra money if you set a trapline.

The downside of using snares in a survival situation is the fact that such skill is not used by many since it requires time to learn and a lot of practice in the field. You may read as many trapping books as you want, but you won’t learn much without a lot of trial and error on the field.