The winds of change are blowing, and we need to be ready when they do. In addition to the current political climate, we also have the actual climate to deal with, and for most of us, that means dealing with winter temperatures and conditions.

Surviving a disaster in July is one thing – you may be hot, but you can reasonably take care of yourself in a manner that keeps you alive as long as you have food, water, and shelter with no extra effort.

Winter, on the other hand, is an entirely different survival beast. In some climates, you can be dead within minutes if exposed to the weather without proper attire and equipment.

The two biggest causes that I see, over and over, when somebody gets into trouble or even dies because of winter conditions are lack of knowledge and lack of preparedness. One usually goes hand in hand with the other, but there are those out here who know what to do, but don’t believe anything will happen to them.

Those are the ones who really upset me because they KNEW. So, the first bit of advice that I’m going to offer is this: don’t make the potentially lethal mistake of thinking that it won’t happen to you. If you knock on the pearly gates and ask to interview folks who knew but didn’t prepare, they’ll no doubt tell you one thing: they didn’t think it would really happen.

So, learn from their mistakes.

“Usual” Disasters to Expect in Winter

Along with that winter weather, there are some “usual” disasters that you should pretty much assume are likely possibilities. These aren’t considering things like WWIII, so account for the big disasters separately!

If you’ve lived through a northern winter in an older house, I bet you can remember at least one morning when you got up, went to turn on the water to make coffee or brush your teeth, and got nothin’. Faucet wide open, but not a drop coming out. Congratulations – you’ve lived through frozen pipes.

Now, this is a situation that can range from inconvenient to financially disastrous depending upon whether they just froze, or if they froze and burst. If they just froze, you have to wait it out. A blow dryer is often helpful, but not always, depending on where it was frozen.

If they burst, look out. It’s going to be expensive and messy. You’re going to have to replace the pipe, plus when it defrosts, you’re going to have water everywhere. Or, depending on where it froze, you may have a burst that leaks immediately.

I can’t even tell you how many times I’ve gone outside to get in my car and the locks were frozen, or the doors were completely frozen shut. Fortunately, this is a relatively easy fix – buy a house with a garage. Just kidding – there really are a couple of quick fixes.

There are commercial de-icers you can use, but the easiest way is to just find the door that seems the least stuck and push into it all the way down the sides and top in order to pop the ice loose. If this fails, try a hairdryer. If you just force the door open, you risk damaging the seals, so be gentle.

Same thing with the key; don’t torque on it when it’s obviously not working. If the lock freezes, try warming the key, then putting it into the lock because what’s happened is that water’s gotten down in there and frozen the mechanism together. Hand sanitizer works too as long as it’s the alcohol-based type. And again, there are commercial de-icers.

If you’ve ever been through a good blizzard (or a bad one, depending upon your take on blizzards), then you know that they’re deathtraps if you’re not careful.

Just a few concerns that accompany blizzards are:

Your best bet when you know that a blizzard is coming is to get ready to hunker down. This means:

It’s impossible to avoid unless you don’t ever leave the house. At some point in the winter, you’re going to drive on ice. I can’t overemphasize the value of tire chains and caution. Between the two, you have a pretty good chance of getting where you’re going if you absolutely must drive.

If you begin to skid on ice, steer into the skid rather than away from it in order to help you regain control. Don’t hit the breaks – tap them instead. Leave plenty of room between you and the car in front of you and pay extra close attention to your surroundings. If kids or dogs run out in front of you, your stopping time is going to be much slower than on a dry road.

Losing power in winter can quickly become a critical situation, and the weight of snow on lines frequently causes it. You need to be prepared regardless of whether you live in an apartment or in a farmhouse in the country. You’re going to need two things: at least one source of heat to keep you warm and one to heat up food/water. Lights are nice, too.

I recommend keeping some kind of space heater that doesn’t require electricity, such as a camp heater that runs on oil or propane. Fireplaces are great too, if you have one. Best of all would be a wood-burning stove, if you’re in a place where you can have one.

If you get stuck outside in a survival situation in the summer, you’ll likely survive as long as you can find food and water. Not so in the winter. I know that we’ve talked mostly about city survival, but these rules apply to anywhere.

It’s imperative that the first thing you do if SHTF during the winter is make sure that you have solid shelter and a source of heat that will keep you from freezing to death. Be aware that this is going to be everybody else’s goal too, so if it gets really bad, you want to stay out of sight.

After you have shelter, then it’s time to make sure that you have the other two keys that are critical to your survival: water and food. Hopefully you’ve managed to stockpile enough and are able to just hunker down in your home and wait it out, but if not, have a backup plan. Then have a backup plan for your backup plan.

Contingencies are always a good thing when you’re trying to manage something as fickle as the weather!

Check your supplies, especially the ones in your car, every week or so to make sure that they’re still dry, unfrozen, and in good shape. Nothing would suck more than pulling out the one clean, dry change of clothes you think you have, only to find out that they’ve had a quart of oil leak all over them. Keep track of that!

Surviving winter is a different animal than surviving other times of the year, but if you manage it properly and plan it well, things can most certainly turn out just fine!

Just learn the tricks and be prepared – it’s all you can do! 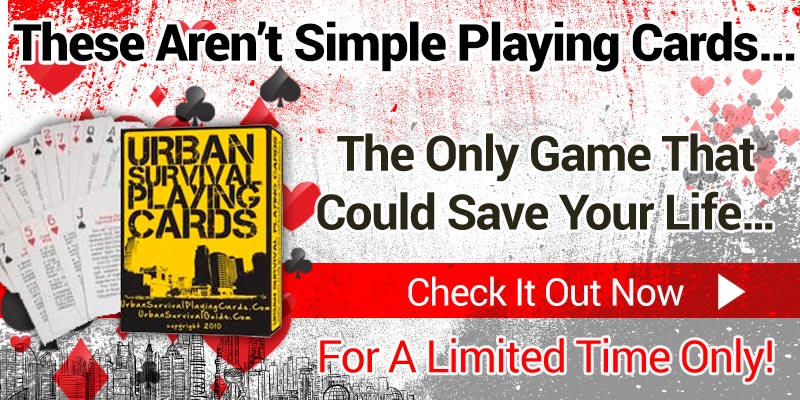