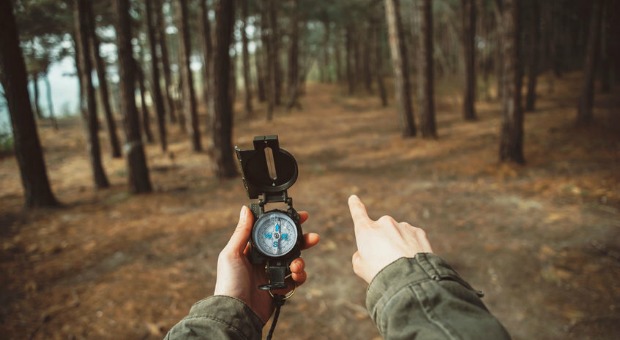 How To Speak Survival Abroad: SOS Signs And Languages

So, it just so happens that you’re on vacation in Italy when SHTF in a small or large way.

You were dependent upon your little English-to-Italian dictionary or Google Translate, but somehow it seems inefficient to stop to look up the translation for “help me, I’m choking.”

Are there universal words or gestures that transcend language barriers so that you can survive no matter where you are? Sort of.

We’ve had some questions about learning a “universal language of survival” and we are going to address them now.

“One thing I have never seen suggested is to learn a few key words or better yet, phrases, in multiple languages. As our communities become ever more diverse, knowing a few phrases in at least two other languages may make the difference between getting help or getting shot! Just knowing the word “Doctor” in another language may save you or a member of your family or team and could mean life or death in a SHTF meltdown. I hope we never need any of these things we prepare for but as my dad always drilled into my head, “Better to have it and not need it, than to need it and not have it!”. I had no idea how important that saying would be until I was face to face with a situation that required prior prepping to have survived it. Thank God I did and I am here to report it works but you need to do it now (prepping), when you find out you should have, it will be too late. Thanks daddy for riding me hard and may you rest in peace, I had it when I needed it!”

First, understand that you need to be very clear when using gestures, and at least educate yourself a bit about local customs and gestures.

For example, the A-OK sign here (pointer and thumb touching, other fingers up), and in most other places, will get you a smile and an acknowledgement that everything is, indeed, OK. However, in France, it means zero or worthless. In Venezuela or Turkey, you’re implying homosexuality, and in Brazil, just go ahead and save yourself some time by flipping them the bird. That one’s universal.

The thumbs-up sign is another that you may want to avoid, especially in the Middle East. Here, we have a similar meaning if you start with the thumbs-up sign by your leg and jerk it up – it means, basically, “up yours.” There, just the thumbs-up is enough to convey the sentiment.

On the other hand, there are some gestures that are universal: shrugging for “I don’t know,” nodding for “yes,” shaking your head for “no” (except from Bulgaria, where they are reversed) and putting both hands to your throat to indicate that you’re choking. And that’s about where the open line of universal communication ends.

Even different militaries can’t get on board with a universal signaling system. There are, however, two realms that DO have international signals: sailing and diving. Very few people outside of those two worlds understand all or even most of the signals.

Learn the long forgotten secrets that kept our forefathers alive!

If you’re trying to get somebody to come to you or follow you, it may be a good idea to use the closed palm, sweeping gesture instead of the one-fingered come-hither gesture that is perfectly acceptable in the states. That one is offensive in several places.

This one is crazy confusing and has even been associated with examples of lethal miscommunications. Stop means stop, but there is no universal sign for it. Some people use a closed fist, which can be associated with a “right on” expression or even a Seig Heil-type sentiment.

An open palm, which is more common with Europeans, can be a sign of welcome or a sign that a person isn’t armed in some cultures. It is, however, the universal diving signal for “stop”.

This one actually is pretty universal. Cup a hand to your ear to tell somebody to listen.

To get somebody to look at something, the gesture of pointing your pointer and middle fingers at your eyes, then toward whatever you want the person to see is fairly universal. Again, this is also the universal diving sign for look.

This one is much more universal, though not in a social scenario. You may have noticed that the distress signal in Morse code had a bunch of threes in it.

Three is a common number for distress signals. If you’re building an emergency signal fire or sign, place three fires or indicators in a triangle pattern. If you’re using a whistle, use three blasts.

This one actually has a universally-recognizable signal. Place both hands at your throat. If only everything was this simple.

Buddy up, or stay together

This one is pretty much universal. Point to the people that you’re referring to, then touch your index fingers together horizontally. You can also pair the middle fingers together with the pointer fingers, which may indicate more than two people.

Cross your arms over your chest and rub your upper arms.

Throughout my research for this article, I was hard-pressed to come up with any words at all that are universal, and very few signs or signals other than those used to indicate distress. I have, however, had some experience with diving and believe personally that their system is a good one. The signals are clear, concise, and universal to the diving community.

There are, of course, some signals that are local due to native dangerous fish, etc. but for the most part, the signs are recognized all across the community.

With a combination of signals and body language, you may be able to get your point across. For example, if you cross your arms over your chest with your fists closed and shake your head vigorously, people may understand that you’re trying to tell them that something is dangerous.

The “X” is sort of a universal code for dangerous or poisonous – think skull and crossbones.

There doesn’t seem to be any single word or phrase that can be used to communicate effectively even in a survival situation. The best thing that you can do is coordinate with the people whom you are traveling with. It’s also a good idea to learn the native words for stop, danger, food, water, cold, shelter, help, come here, fire, exit, and any other emergency word that you can think of that you may need in a survival situation.

It’s a fact that communication means much more than a few simple words. Actually, body language and how we say what we say make the most of our messages. Keep that in mind when you find yourself lost in translation.

And remember how our ancestors built a nation on this land where so many cultures interacted, and learn from their deeds. In the end, is the humanity and values that count, not the words they are put into. 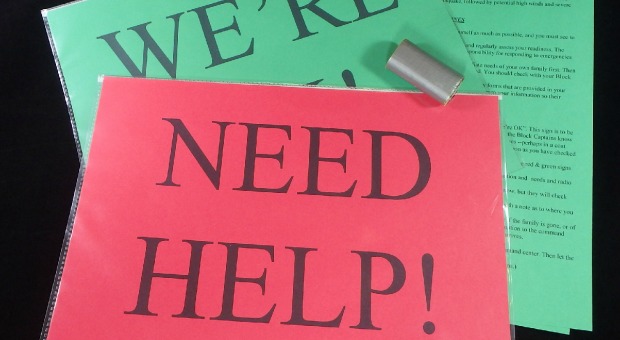 How To Flag And Tag Your Home For FEMA