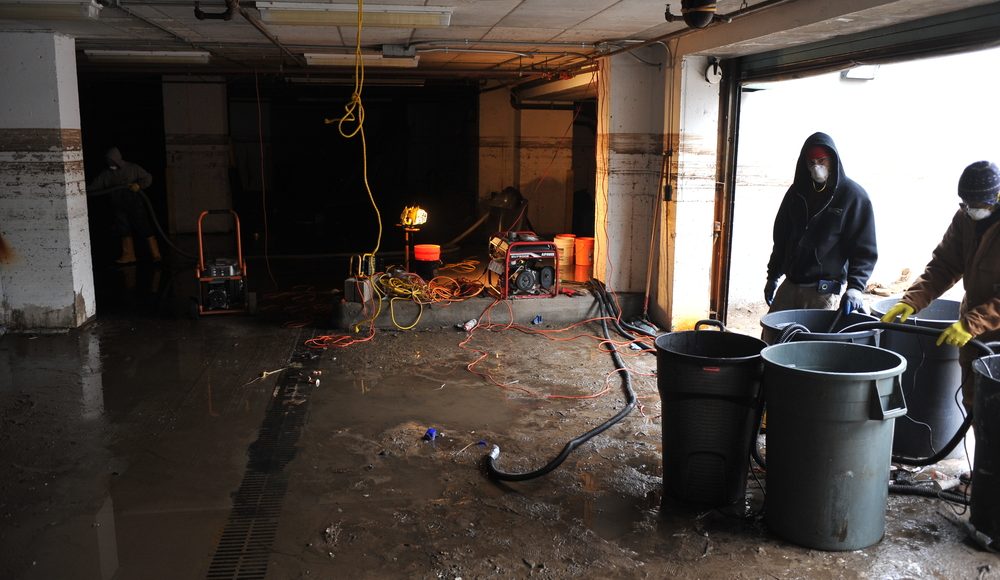 Wildfires have been ravaging the West Coast states once again, threatening people’s homes and lives.

While leftist activists see this as an opportunity to push their global warming rhetoric, a number of people have been arrested and charged with arson for starting those fires. So unless global warming somehow caused them to light the fires, it doesn’t seem like the political creature is known as global warming is the culprit.

These fires remind me of the 2018 Camp Fire, which totally leveled the town of Paradise, California. One thing that stood out to me back then was that any preppers who lived in that town probably lost all their preps, as well as everything else. For some things, being a prepper just doesn’t seem to be enough.

The year before, I was struck by roughly the same revelation when Hurricane Harvey flooded Southeast Houston. Thousands upon thousands of people had to be rescued from their homes, each only allowed to take one suitcase with them. So unless they had their own boat to evacuate with, those people’s preps didn’t do much to help them either; although they might not have lost them all.

These problems could be taken by some as reasons not to prep. “After all,” they might say, “what good does it to do prepare if you can’t use what you’ve prepared when the disaster comes?” But I see it differently; I see the need to make sure that our preps manage to survive so that they can help make sure that we survive.

Just because our preps can be at risk, doesn’t mean we shouldn’t prepare. Rather, it means that we need to do a better job of preparing; one that takes those potential risks into account and finds a way to protect our stockpile from destruction.

All military specifications written for food products contain a section where they talk about the packaging. While that may not seem like something all that important, it is. Imagine, if you will, pallets of food being offloaded in support of a Marine invasion of some island, much like they did in the Pacific Campaign, during World War II. If normal cans of food, intended for restaurants or supermarket shelves are included in those pallets and it’s raining, what’s going to happen to that food?

Granted, canning is perhaps the most perfect food preservation method there is, protecting the food inside from just about anything. But that doesn’t mean that the packaging itself is impervious to anything. The first thing that the rain would do is attacking the cardboard cartons that the cans of food were shipped in. Corrugated cardboard isn’t at all waterproof and the glue holding the cartons together isn’t much better. So it wouldn’t take long for those cartons to fall apart, spilling the cans out in a heap.

Once the cans were no longer protected by the cartons, the rain would do essentially the same to the labels on the cans, which are nothing more than paper, held on by the same glue. Before long, those labels are going to turn to mush, adding themselves to the soggy cardboard. The stack of boxes will collapse, leaving a bunch of basically unlabeled cans, not being held together by much of anything.

Can you imagine the mess sergeant who is issued those cans of now unlabeled food and has to figure out what to do with them, while not wasting any? No thanks.

That’s why canned food for military use has the label printed right on the can; it can’t wash off. And while they are still packed in corrugated cardboard cartons, the cartons are stouter, stapled, instead of just glued and banded in case they get wet. Everything that can be done to protect those supplies is done, helping ensure that the food issued to those mess sergeants is clearly identified, as well as not having any opportunity to spoil before they are used.

Unfortunately, you and I can’t buy those MILSPEC food supplies. If we could, they’d be ridiculously expensive. But there’s nothing saying that we can’t mark those cans with an indelible marker so that we will know what the cans contain, should the label become destroyed. A simple step like that goes a long way towards protecting our food and keeping it usable.

If you use cardboard cartons for storing cans or other food in, it’s a good idea to fortify the cartons. While a carton stapler and banding equipment are unnecessary expenses, you can do a lot to make a carton stay together, just by banding it with strapping or packing tape. Use a good quality tape and wrap it around twice, making sure that the layers stick to each other and to the tape crossing in the opposite direction. In this way, even if the cardboard loses all structural integrity, it will hold together and can even be picked up when dried.

Of course, food packed in five-gallon plastic buckets is well protected from water, as the buckets themselves are waterproof. You can submerge those buckets or bury them underground and about the worst that will happen to them is the wire handle rusting.

Where you store your food stockpile is an important factor in it surviving. Most people will recommend storing it in a cool dry place. For this reason, as well as being a good hiding place which is often used for storage anyway, basements are a popular option.

But basements aren’t a good place to store things if you’re expecting a flood. Or are they?

But once you do, that food should be fine, as long as it is stored in cans and sealed buckets. Most plastic storage bins aren’t waterproof, so anything stored in them would be water damaged, unless its own packaging, such as cans, is waterproof.

To protect your supplies from flooding, they would have to be stored on the second floor of your home or in the attic. But the attic tends to get hot, which isn’t all that good for the food. So it’s not an ideal location.

Another advantage of storing things in the basement is that they are fairly well protected from fire. That’s probably the only place in your home where they will be. Home fires burn hot, somewhere between 1,100°F and 1,600°F. But that same fire will only measure about 100°F at floor level of the living room. Since heat rises, it will be even cooler than that in the basement, so any food that’s stored in the basement will be protected from the fire, as long as the fire doesn’t start in the basement.

Of course, you’ve got to decide for yourself what potential risks and prepare for them. That will be different than what others have to prepare for, simply because they live in different areas. After all, people in Kansas don’t see many hurricanes.

Ideally, your best bet, if you are faced with multiple threats, is to divide your stockpile up, so that it all isn’t in the same part of your home. That way, should a disaster come, which makes it impossible to access some of your stockpiles, you still have other parts of it available to you. In other words, you could use the food in the attic, while the basement is flooded.

What about Other Disasters?

While flood and fire cover a lot of ground, those aren’t the only disasters we can face. But if you look at other disasters, they either aren’t going to have a high risk of destroying our homes or the risk is so high, that there is nothing we can do to mitigate the damage.

There’s just not that much that can be done to protect anything from earthquakes and tornadoes. Putting supplies in an underground bunker or root cellar might protect them from a tornado, but that won’t help for an earthquake. Some things that nature can do are just bigger than we can handle.

Don’t Keep it All at Home

The other really critical thing to do, in order to protect your stockpile, is to move some of it to an off-site cache. As long as everything is at your home, then it’s all susceptible to anything that happens to your home.

In the cases of Hurricane Harvey and the Camp Fire, people who had a survival stockpile weren’t any better off, than those who didn’t. In both cases, they had to abandon their stockpile (assuming it was in their home) when they left. All those preps didn’t do a thing for them.

Had those people had a remote cache of supplies, they would have had something to work with, in order to survive until they could go back home. While I seriously doubt that anyone died of starvation in either of those occasions, that’s not the point. At a minimum, they had to buy food in restaurants, paying money for it, which they were going to need to have in order to put their lives back together again.

I’m not talking about a buried cache here, although those are possible. But buried caches are best used for resupply while bugging out on foot. Rather than that, I’m referring to renting a small storage unit and using it for food storage. You can get a small one rather inexpensively and even the smallest are big enough to hold quite a stockpile of supplies. Best of all, it’s a place where it doesn’t look suspicious to be taking boxes of all types in and out.

One of the most important things here is to make sure that your cache is far enough away from your home, so as to not be affected by whatever disaster strikes. But distance alone isn’t enough. If one of the things you’re concerned about is hurricanes, then putting your cache in a storage unit 100 miles away, but still along the coast, isn’t going to gain you anything. It needs to be moved away from the potential damage area, in this case, moved inland.

A forest fire can be even more challenging to keep your stockpile from. Distance is one protection, but only to a point. Ideally, your cache should be located on the other side of a barren area that the fire can’t cross. Since such areas are rather hard to come by in forested areas, you’ll need to try and figure out how the fire is likely to travel, so that you can put the cache out of that range.

No matter what you do, make sure that any cache you create is located someplace you’ll be able to get to, in the event of a disaster. If you live in an area that’s prone to earthquakes, you probably don’t want your cache on the other side of a river, with a bridge that might collapse. While that might protect the cache from a wildfire, it won’t help you, if you can’t get to it. 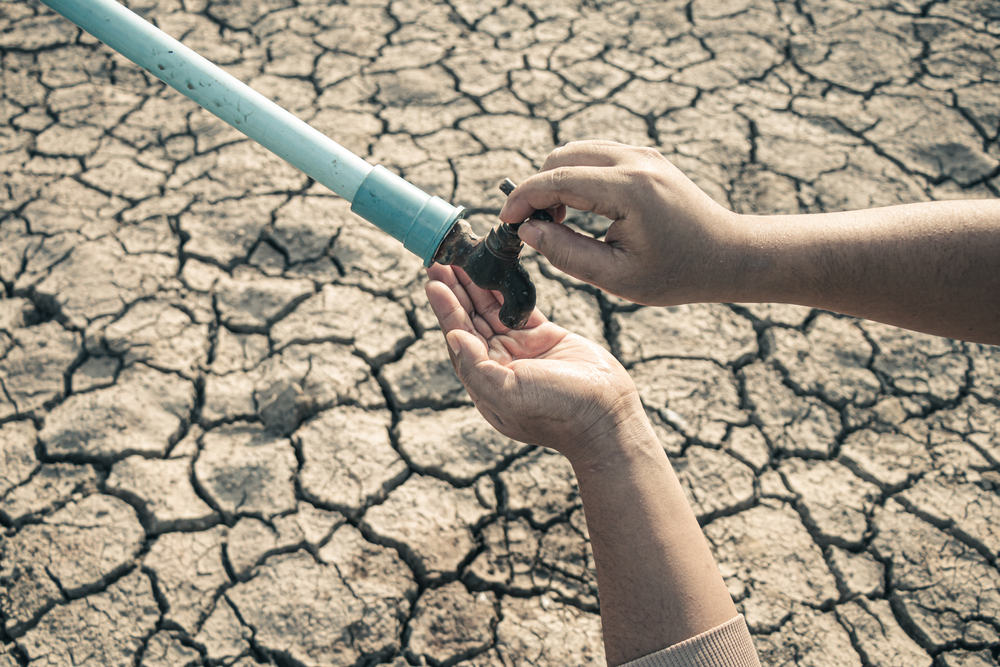