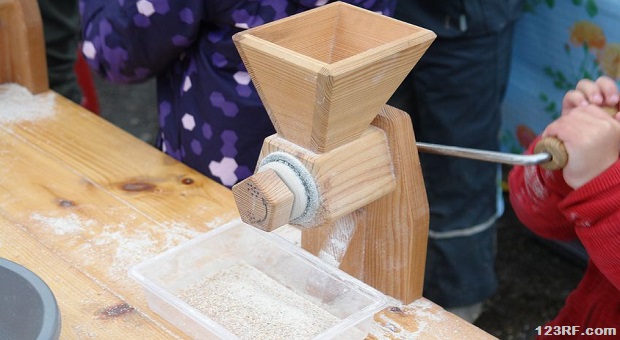 Back to Basics: How to Make and Store Flour

Because commercial flour is so cheap and accessible, the art of making and storing flour at home is practically lost. However, store-bought flour has very little nutrition because the germ (which contains the nutrients and healthy oils) is removed during milling to extend the shelf life.

Processed flour is also being linked to a number of diseases of excess such as obesity and diabetes. It also doesn’t taste nearly as good as freshly ground flour!

{adinserter emp}Wheat allergies and gluten (wheat protein) intolerance are also on the rise. Though the reasons for this aren’t clear, many attribute it to the genetic modification of the wheat plant, which is another topic altogether.

Add these reasons to the fact that many people are trying to become self-sufficient and you’ve got the perfect reason to make and store your own flour at home.

Another reason to mill your own flour is that, if you use specialty ingredients such as those listed below, it’s generally cheaper to buy the seeds or nuts than it is to buy the ready-made flour.

The process of making flour isn’t overly complicated but it does require some extra work. The effort will be well worth the result, though! One thing to note: freshly milled flour doesn’t last as long as store-bought flour when left in the open so you may want to vacuum seal it or can it if you’re going to make up more than just a few pounds at a time.

There are many different nuts and seeds that you can use to make your own flour. Traditional flour is made with wheat, rye or a combination thereof. Barley is also a grain but it doesn’t taste very good so making flour from it isn’t recommended (though if you’re making beer, you may want it!).

There are also many other ingredients that you can use if wheat or rye aren’t readily available or if you’d like to keep it gluten-free. These include: 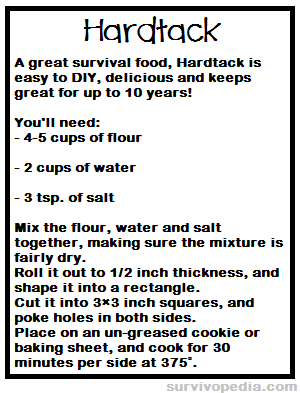 If you have access to a co-op, you’re in luck because you can save a ton of money by buying from them. Unground seeds keep for much longer than flour, so only grind what you need.

Note that to make regular wheat, spelt or kamut flour into bread flour, all you have to do is add 1 tbsp of wheat gluten, aka gluten flour, to each cup of wheat flour that you use. Since you can’t make this at home, you’d have to buy it. Of course, these grains already contain gluten so as long as you don’t mind a bit of a heavier loaf, you really don’t need the extra gluten.

Adding gluten isn’t an option if you’re going gluten-free. In that case, you need xanthan gum in many cases to make the flour rise and stick together properly.

A Few Words about Growing Wheat

Though it would take a bit of space, you can most likely grow wheat right in your own backyard. A 10’x10’ plot will yield enough wheat to make enough flour for 10-25 loaves of bread. Then to harvest it, you remove the wheat berries from the stalk. Generally, you want to leave it sit for a few days after you harvest it before you remove the berries. Then you just grind it up. Piece of cake.

Some nuts and seeds, such as oats or wheat, grind well in a food processor or even a high-powered blender but for others, you’ll need a grain mill. There are many different types on the market; some of them are electric and some are manual. Fortunately, many manufacturers have made ones that can be operated both with power and without, so be on the lookout for that feature.

Grain mills come in a variety of sizes and grinding powers so do your research based upon what you’ll be grinding, how often you’ll use the mill and how fine you’d like for the flour to be.

Prices range from about $25 for a small hand-crank mill to several hundred dollars for high-powered electric mills.

If you plan on milling large amounts to stockpile, you’ll also need canning jars or a vacuum sealer and bags so that your raw products and flour don’t go rancid.

The process of milling your kernels is fairly simple. You just put your grain in and crank. Once it comes through, it may only be ground into a coarse meal. Think corn meal. This is good for many recipes.

Depending on your model, you may need to run it through your mill a few times in order to get a fine flour. Just keep running it through until it’s reached the consistency that you want.

It’s crucial that you clean your mill well after every use. Flour goes rancid quickly, as we’ve already discussed. You don’t want rancid flour leftovers getting into your next batch of fresh flour. This also helps keeps bugs at bay

Because seeds and grains store much better whole, we recommend that you only grind what you’re going to use in a couple of weeks. After that, your flour may go rancid or at the very least, the flavor will change.

There’s a problem that we haven’t really touched on yet, and it’s of the pest variety. Grains are notorious for having bugs. They may even come with them, or with larvae. Have you ever noticed that there are bugs in your flour even though you had it stored in an airtight container? That would be because it came with the larvae, which hatched over time and with warm temperatures.

To combat bugs you have to clean (by sifting through and visually inspecting) your grain, seeds or beans as well as possible and store them somewhere cool and dry; ideally the freezer. If you freeze your grains for a few days, purportedly you’ll kill any larvae and won’t have a bug problem.  Store your flour in the same manner.

Canning is also a great idea if you have room to store the jars. The process is similar to canning vegetables.

Finally, you can vacuum pack both your grains and your flour. The little nasties can’t live without oxygen and neither can bacteria that will cause spoilage. Just make sure that you seal it well and leave no air inside.

Now that you know how to make and store your own flour, start experimenting. If you’re using gluten-free flours, play around with them. It’s good to mix lighter flour and starches that add air and lightness with heavier flours such as nut flours that add protein, elasticity and texture.

Have fun and enjoy your healthy, delicious breads and baked goods!