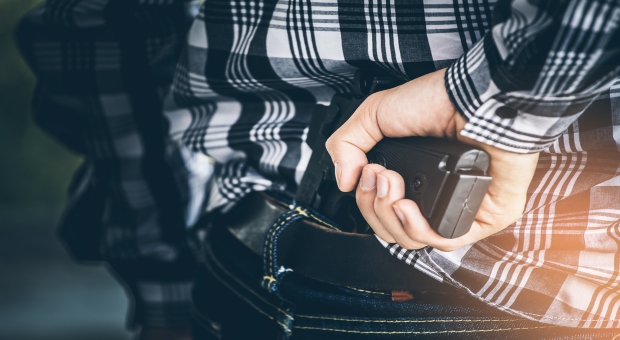 How To Keep Your Weapons When SHTF

It’s about as regular as clockwork.

The only thing is, those laws are only common sense to those whose main goal is to take guns out of the hands of law-abiding citizens. As we all know, those laws aren’t going to stop criminals and are only going to criminalize honest, hard-working Americans who want to keep their guns.

There are two results of this political posturing. One is an increase in gun sales. People become afraid that they won’t be able to buy their favorite gun and so rush out to buy it before it becomes illegal. Does anyone really think that these people are going to peacefully turn over their guns, just because a law is passed, outlawing them?

Find out what the best place to hide your guns is…<<

As I’ve said many times before, what leftists really want isn’t a repeal of our Second Amendment rights, but rather a repeal of the laws of physics which make it possible for firearms to work. They seem to think that they can pass enough laws that they will actually manage to stop violence from happening. But in order to do this, they have to ignore many of the causes of violence and focus on one inanimate object as the cause of that violence… guns.

While guns are the tool of choice in many violent crimes, the crime isn’t perpetrated by the gun, but rather by a person; often one with serious psychological issues. Probably one whose parents didn’t raise them well. Eliminating guns, even if it were possible, wouldn’t eliminate this violence, but then, their real goal, regardless of what they say, is to eliminate guns, not eliminate violence.

The truth about The Second Amendment

That “debate” which ebbs and flows with the news, is really a one-sided one, with proponents of gun control taking advantage of every one of these horrific events to try and further their political agenda. Those of us who support our Second Amendment rights merely stand our ground and let them wail and posture for the cameras.

It really doesn’t seem like those who are after gun control care much about the victims of these killings, other than as props for use in pushing their agenda.

Discover the truth about guns, god And The Second Amendment…<<