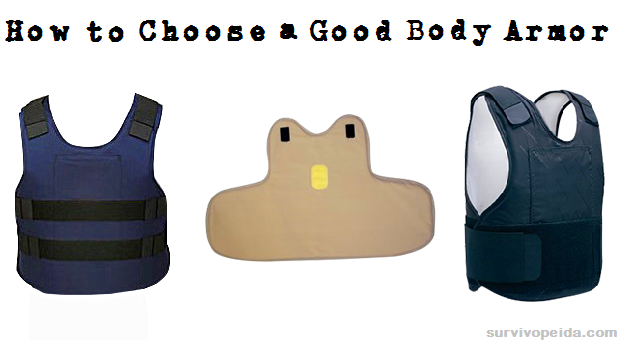 How to Choose a Good Body Armor

With rioting, looting, and the general break down of law and order, body armor will be a life saver.

For that reason, in the time before a major crisis, I would recommend purchasing body armor for yourself and your family.

Choosing body armor can be complicated if you don’t know what to look for, or what characteristics it should have.  Here are some guidelines you can follow.

Hard body armor is designed to primarily stop rifle bullets (Threat level III and IV), and is most often used by military or police tactical units. This type of armor is usually made from steel, titanium, ceramic or polyethylene composites.

Even though it is very heavy, it will stop all pistol or rifle rounds that are in the body armor’s level of protection.

Soft body armor is made up of many layers of material such as Kevlar or Spectra that are placed in a sealed air and water proof pouch. This type of armor loses strength as soon as it gets wet, thus bullets can penetrate deeper or pass through the pad.

In addition, soft body armor does not work against military rifle rounds, and may only give minimal protection from knives, ice picks, or arrows. It will work on pistol or shotgun rounds that are in the body armor’s level of protection.

Important Point: When getting soft body armor make sure that it has a bullet protection level and stab level. Even though stab protection makes the body armor a little heaver, it is well worth it. There are 2 stab levels – level 1 and level 2, where level 2 gives the wearer more protection than level 1.

Parts of the Ballistic Vest 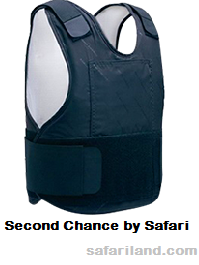 The visible part of the body armor that holds all of the ballistic soft panels and the steel, ceramic or polyethylene small plates. There are 2 types of carriers for soft body armor:

This is a sealed air and water proof pouch that keeps the ballistic mats dry from the wear’s perspiration or other forms of moisture.

These are made from layers of ballistic material that are stacked on top of each other.

All types of body armor are rated by the National Institute of Justice Standards (0101.06) for protection levels of safety (ie. which caliber bullets will be safely stopped without penetrating the body armor).

How Does Soft Body Armor Work? 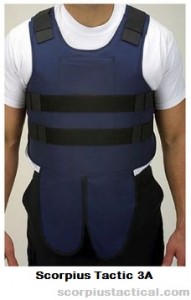 Body armor catches the bullet and causes it to flatten out or deform. As the bullets surface increases, its energy is absorbed by the body armor; which stops it from reaching the flesh beneath.

The bullet energy is still transferred to the wearer’s body. Even though the bullet may not penetrate the armor, blunt trauma force can still do internal damage to the wearer of the body armor. Under the impact site there usually is severe swelling and bruising.

Soft body armor can be upgraded with protective plates made from metal, ceramic, or polyethylene, and placed in pouches in the front and back of the body armor.

How Long Will Body Armor Last?

If the wearer takes good care of their body armor it can last 6 to 8 years of medium to heavy use or longer. The carrier needs to be kept clean and odor free. If the carrier gets torn or frayed replace it with a new one.

When I was an active police officer, I had 2 carriers and would change the carrier about every week to ten days depending on the weather; and then inspect monthly looking for weakness in the system. If I found a weak or worn out part it would be replaced immediately.

How Many Bullets Hits Can the Soft Body Armor Take Before Failing?

Soft body armor can take many direct hits, but the following factors must be considered: 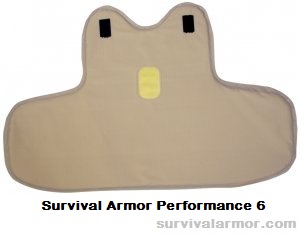 According to US Federal Law 18 U.S.C. Sec. 931, there is a prohibition on the purchase, ownership, or possession of body armor by violent felons. Also 42 U.S.C. Sec. 379611-3, provides criminal sentence enhancement if body armor is used in the commission of a Federal Violent Crime or a Drug Trafficking Crime.

What Body Armor to Choose?

We put up a list of soft body armor that will do the job and keep you alive.

As you can see, soft body armor comes in many price ranges, so do some research to find out what you want and how to fit it into your budget.

In some states, non-law enforcement individuals can buy body armor on the internet, but you do not know what you are getting until it arrives. In some other states, it is required that you buy the body armor face to face at the retailer with proper Id.

In the time during and after a major crisis having and using soft body armor could be a life saver. With its added protection a shooting that could have been fatal is not. The body armor wearer may be very sore, bruised, swollen, and feels like he was hit in the chest with a 60 mph brick, but still alive and able to go forward in life. 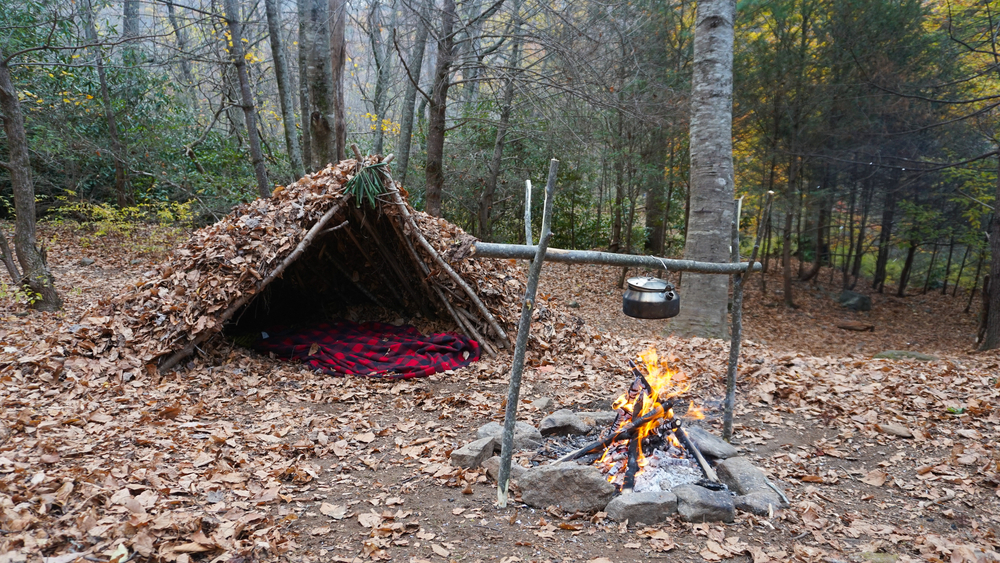