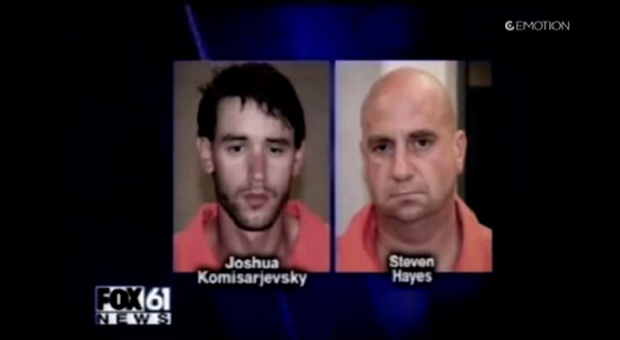 Home invasions are different from burglaries or other robbery type crimes because the criminals who commit home invasions count on, and plan, on the fact that the victims are home. This is so they can FORCE the occupant victims to give up their valuables by threat of violence and even death.

Home invasions are generally considered one of the most dreaded of all crimes. This is not only because they destroy the basic foundation and emotional content of individual personal sovereignty by violating the sanctity of private intimacy in a person’s domicile, but invariably the perpetrators also combine the invasion of your home for the purposes of looting and stealing with the compounded commission of the major crimes against person such as kidnapping, torture, rape, and murder in the process.

Also, far too often, sex crimes and murder are the sole purpose of invading the privacy of your home where once inside, the psycho predator actually takes advantage of the home’s privacy and feels more secure in their criminal acts from outside scrutiny.

What Are the Odds?

According to the findings of the Department of Justice crime statistics there are over 8000 home invasions happening across North America every single day! In The U.S. it is estimated that over 3,600,000 property related crimes occurred between 2005 and 2010 which means one every 4 seconds!

So what are the odds of being a victim of a home invasion? Perhaps a better question is what are my odds of preventing one?

{adinserter aliveafteramerika}So we’ll show you how you can reduce the odds that you’ll ever be a victim of a home invasion that ‘succeeded’, to zip…and zero. But right now your odds of having some psycho(s) trying to enter your premises for the purpose of ripping you off and/or hurting you, if you are not adequately prepared, are better than winning any prizes any time soon.

Or about 1 in every 10 residences can be targeted at any given time! Depending upon where you live and your lifestyle, having a criminal stalk and break into your house is more likely than getting into a serious car accident, a house fire, or most any other types traumatic experiences. Even all the apocalyptic events we preppers avidly anticipate, are not as likely to occur as is a crime directed against your property and person.

I don’t mean to frighten anyone. Instead I prefer to scare the living doo doo out of everybody if that helps you become more concerned! Because I, personally, have investigated some pretty horrific home invasion scenes in my time.

If you’re a prepper and somehow overlooked what you are about to learn, then you better get on it before anything else you do, especially if you live in a higher risk area.

Sociologists claim there are as many variables involved with the analysis of the criminal mind as there are criminals, and the study of these are quite complex. That may be true in the general psychological academic context, but in real time daily life in the mean streets of ‘civilized’ society, the actual perpetration of criminal acts are confined to relatively simple and common habitual behavior patterns.

These are sometimes known as “modus operandi” and these criminal acts can be defeated by anybody who has the serious desire to prepare themselves correctly. You only have to be concerned with a couple ‘personality traits’ of a home invader to know exactly how to deal with them.

Home invasions are on the rise basically because criminals are also emulating the general populate and getting lazy. And this does not necessarily imply that they’ are getting more stupid or less violent. Some of them are graduates from “Gladiator Crime School” in the penitentiary.

Their ’teachers’ realized through trial and error the hard way that instead of attempting to rob a bank with its armed security guards, instant alarms systems and police then on the way…It’s much easier to follow the elderly man home from his small coin and collectibles shop at the Mall, and when the time is right, ambush him at his home, force him inside, and take their sweet time in private surroundings. Even torturing the victim if they have to, in getting them to open the safe.

Don’t Make It Easy for Them to Physically Break in

Even though a determined invader will eventually get in if they have a few basic tools, anything you can do to buy some time by fortifying egress can be worth your life. Rather than waking up in the middle of the night with some psycho shining a flashlight in your face while he’s stabbing you in your bed, if you awaken at the noise of a difficult break in, this allows you to escape or gun up and get ready, while you dial 911 and wait for the police.

There are several angles at which to approach home fortification. Certainly “kick in” proof doors and windows modifications are a priority. There’s something newer out there than standard window bars called Hurricane film for windows which is a transparent stick on glass coating that’s supposed to be amazingly resistant to typical foot or object breakage.

Before ADT and silent police alerting alarm companies dominated, there used to be something called an “Outside Ringer”. Mostly at businesses and factories, it was nothing more than a large and raucous and hammer and bell ringer that could sometimes be heard for hundreds of yards away. It was hooked up by a magnetic door or window sensor and when set off somebody would hear it and always call the police. Burglars would know this and quickly leave.

These work even better for personal contact home invasions. If someone is trying to break in and immediately sets off an ear deafening outside alarm that stops passers-by in their tracks who speed dial the police and brings out your neighbor with his AR-15 because he knows you’re an elderly person who lives alone and he worries about you, then that will certainly STOP home any invasion in its tracks, so to speak.

Augmenting the alarm with instant-on very bright floodlights not only illuminates the predator but if situated correctly and powerful enough will blind him and stop any further effort. Strobe light set ups are even better.

You can also have the electrician or tech person set them up with a strategically located quick access “panic buttons” in a couple different locations in your house that can’t be switched-off until you go to the secret shut down location. You can set this up to hit either the flood lights first, if you’re not sure, and the second hit on the panic button does the outside ringer/siren.

There are many variations to this with modern electronics. Even the latest ‘First Alert’ type wireless medical necklaces would work if you had nothing else. But electronics professionals can set up a pocket or necklace panic button device so that if anyone comes near you when they shouldn’t, you press it and a loud outside ringer goes off and that changes the whole invasion ball game.

There are many variations of this to include some sophisticated systems that are so effective that to some people they are worth the extra expense. But what about if you’re monetarily disadvantaged, and expensive alarms and equipment is not an option? Well, then if you’re in a really vulnerable area, consider a location change if that’s a possibility and make a greater effort to sharpen up your Acute Situational Awareness. But there’s a couple things you can do that almost anybody can afford.

The easiest and quickest solution for your home defense is to have a good defensive barking dog, an outside emergency ringer/anti intrusion alarm system, and a high capacity pistol or at least one of the above if one or another is not an option. And if you could spend around fifty bucks on some of these battery powered cheap, but effective enough personal alarms that go on doors and windows and set them up at weak points in your apartment or home’s configuration.

Even your car alarm on your wireless key chain lock could function as a “panic button” outside ringer hack, if your car is in range. So you could keep your spare one with duplicate car keys in a belt key chain or in your pocket as you walk around your place.

If nothing else have a good high capacity pistol always on or near you like a Glock 22 or 17 with a 30 round magazine in it. One point here to never forget that just having the gun is not the magic wand to make bad things go away. You must learn how to shoot it correctly and develop a proper use mentality. You really don’t want to kill a family member who happened to be sneaking in late one night because you made the mistake of thinking he’s a home invader. There’s plenty of info on this out there. Learn it. I did.

Nothing is guaranteed to work perfectly all of the time. Even the White House had attempted home invasions that got farther than many people would have ever believed. Of course there are some serious differences in security requirements, especially because the premises are also open to the public.

But doing at least some of the above proactive measures, and expanding from there when you can, will create an environment that is uninhabitable for most, if not all, home invaders. Usually they’ll stop the invasion and run away at the first layer of defense when it begins to disrupt their plans.

And even if they manage to break through to the inside of your house, far and few in-between will continue their endeavor with a large seriously angry dog coming at them or while anti-intrusion devices are waking up the whole neighborhood and automatically dialing the police, and they are also suddenly facing a locked and loaded out of sight determined homeowner waiting to ambush them with a couple dozen rapid fire hollow points if they are stupid enough to run in the wrong direction!

Start now by assessing your ’Threat Level’ and vulnerability factor. Then get moving on ’improving’ your security situation as soon as you can. You won’t be sorry!

This article has been written by Mahatma Muhjesbunde for Survivopedia.