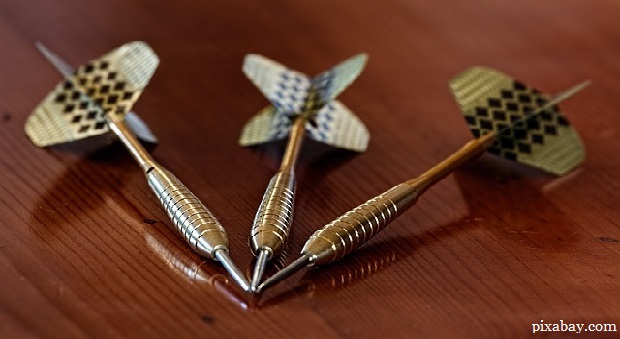 DIY Survival Defense: Items You Can Turn Into Throwing Spikes

Through the years, I’ve noticed preppers tending to fall into one of two categories, when it comes to self-defense.

The first category is the survivalists who are all about guns and bullets. Their self-defense strategy is to outgun the other guys by having more firepower. The second is into other types of weapons. While they might not be against firearms in general, they don’t want to depend on them for their survival.

I guess you could say that I’m part of both groups. I’m a big fan of guns, carrying concealed and stockpiling enough ammunition to get me through a small war.

But on the other hand, I would rather save my guns and ammo for a last line of defense. When it comes time for survival hunting or just defending myself, I’d rather use something that’s not going to make so much noise and attract so much attention.

So, while I carry concealed and make an effort to get to the shooting range every week, I haven’t limited my arsenal to only firearms. I carry a fighting knife, concealed, right alongside my pistol and I practice regularly with my bow and crossbow. Fortunately, I can do that in my backyard, rather than having to pay for more range time.

I am also constantly on the lookout for other weapons, either to add to my collection now or to make for myself, should the need arise. I believe that the ability to make weapons is an essential survival skill, especially if we are ever faced with a major disaster that takes down the grid or otherwise serves to disrupt society as we know it.

As part of this effort, I’ve made my own bows and arrows, experimenting with several ways of making arrowheads for your survival defense. I’ve also made a number of knives and other handheld weapons. This led me to looking into the idea of throwing spikes.

If you aren’t familiar with throwing spikes, they are a martial arts weapon, originating in the orient. It’s not sure whether they are an outgrowth of throwing knives or of throwing stars, as they are somewhat of a combination of the two.

There are several things that make throwing spikes attractive as a survival weapon. First of all, they are considerably easier to make than either knives or throwing stars, not requiring the fine degree of balance that a throwing knife requires and much easier to shape than a throwing star.

Secondly, a number of them can be carried quite easily, attaching a multi-pocketed sheathe to either the forearm, the belt or a tactical vest. Finally, they are small and lightweight, making it easy to carry a number of them, without them encumbering you.

One thing to keep in mind with throwing spikes, as with throwing knives or throwing stars is that Hollywood aside; you probably won’t instantly kill your opponent with them. These weapons are more disabling weapons, than they are killing weapons. But that’s okay. In a self-defense situation you don’t necessarily need to kill the person, you just need to disable them enough to allow you to escape.

There is some confusion on the internet over throwing knives, throwing stars and throwing spikes. That’s mostly because there is some overlap between their designs. Suffice it to say that all of them are pointed weapons, intended to be thrown a short range, by hand, in such a way as to stick firmly into the intended victim, causing them harm.

As I mentioned above, what makes throwing spikes attractive as a weapon for survival is the ease of making them.

Unlike a knife, there is no blade to sharpen, just a point. And unlike a throwing star, there is no complex shape to cut out. All you have to do is cut the material to length and sharpen it.

Throwing spikes can be single ended or double-ended. The only real advantage of a double-ended one is that you don’t have to worry about how you grab it. It will work the same with either end hitting. Some people like a tail or tassel on their throwing spike, which helps you to throw it straight; however, these weapons didn’t traditionally have any sort of tail.

The basic throwing spike is about six inches long and from 1/4” to 1/2” in diameter. Thicker spikes are heavier, requiring more strength to throw. At the same time, they have more momentum when they hit, so are likely to do more damage.

Making a throwing spike consists of cutting off the material to length and sharpening one or both ends. Cheap throwing spikes will only have a very short point, less than an inch long.

Ideally, you want that point to be at least two inches long, which allows it to be sharper, increasing the ease of penetration. The thicker the material used, the longer the point will need to be, in order to have the same angle.

Materials You Can Use to Make Throwing Spikes

This means either buying tool steel rod or using whatever readily available material you can find. One of your limiting factors here is going to be what you have to cut the steel with. The best thing to have is a band saw, with a metal cutting blade. Even if the band saw was not originally designed for cutting metal, it will still work, as long as you have the right kind of blade.

The other thing you’ll need to do, to use any power saw for cutting steel, is to cool the steel with oil. This will help prevent the metal and blade from overheating, which will cause the blade to go dull very quickly.

True metal-cutting band saws have a pump so that they can spray a cooling fluid onto the metal at the point of cut. But if you don’t have one of these, you can do a pretty good job by just spraying oil on the metal and blade every few seconds.

So, what sorts of makeshift materials can you scrounge to make your throwing spikes out of?

If your tool collection is limited, you may want to stick to materials that are already about the right diameter, such as the engine lifter rods or broken screwdrivers, so that all you have to do is cut them to length and sharpen them.

There really isn’t much to making a throwing spike, as it is one of the simplest weapons there is. The first thing you have to do is cut it to length and the second is sharpen it. That’s it.

I have made knives using both a bench grinder and a bench-mounted belt sander. Of the two, I prefer using the belt sander, as it gives me a broader grind surface. This helps to control the cut better, providing me with a cleaner, non-segmented grind.

When using a bench grinder, there is a tendency to end up with a somewhat segmented surface, unless you are extremely careful and consistent in how you move the material over the grinding wheels.

No matter which you use, chances are that you will generate enough heat in the metal to turn the tip blue. This, or the metal turning red while grinding, indicate that you have lost the temper in the steel. So, once you finish grinding the spikes, you really need to temper them, once again.

Tempering will require a torch or forge, so that you can heat the metal up until it is red hot. Once heated, the metal is then quenched in an oil bath (not a water one). The oil absorbs the heat from the metal at a controlled rate, providing the final temper to it.

Throwing spikes are thrown differently than knives or stars. Typically with knives, you’re looking to flip the knife, spinning it into the target. Depending on the range to your target, you try to have from one to three flips, so that the knife arrives at the target point first.

Learning how to throw by both the blade of the knife and the handle allows you to go for half-flips, giving you more steps in the number of flips between you and the target.

The trick to throwing flat is the way you hold the spike. Rather than holding it between your thumb and forefinger, you hold your hand flat and allow the spike to sit against the flat of your hand, with your thumb holding it in place and the point about equal with your fingertips. This hold is critical to keeping the spike on a flat trajectory.

The throw itself is made by swinging the arm up, bending the elbow, so that the hand is beside the ear. From there, the hand is moved forcibly towards the target, as if you are trying to point to it. At the moment the arm is fully extended, the thumb releases the spike, allowing it to slide off the hand, directly at the target. Once released, the arm drops to the side in the “follow through” to the throw.

Please note that you will need some practice to get this technique right. It is actually easier to throw a knife by flipping it, than it is to throw a spike flat. But it is easier to get the spike to stick, simply because it will always hit the target point first, once you get the technique down. That is useful when you are in a rapidly changing situation, defending yourself. 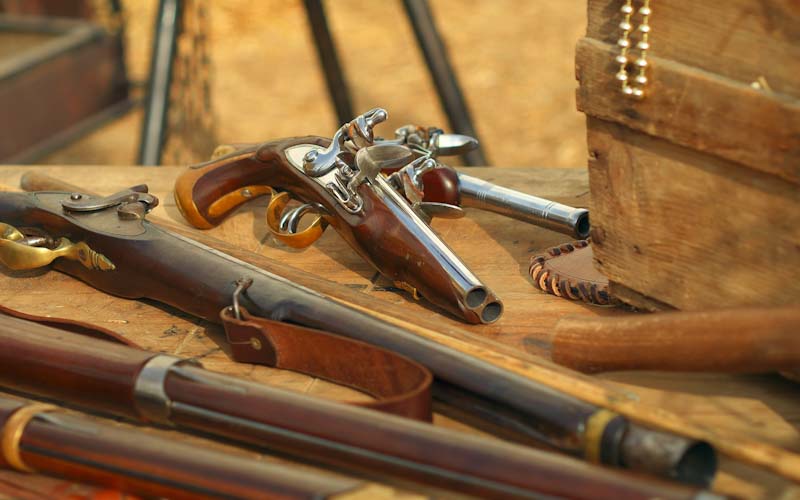