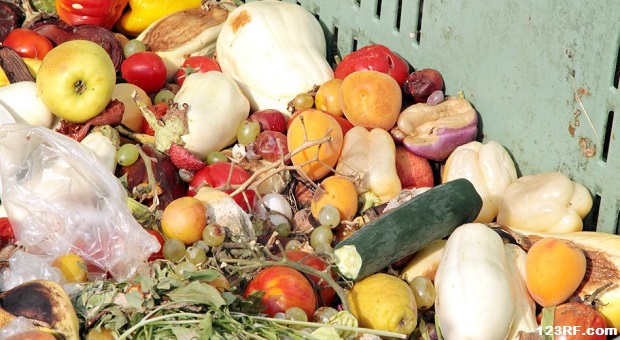 Pros And Cons Of DIY Methanol From Waste

Aside from ever increasing fuel costs and accelerated risk of social and economic collapse, there are many reasons to start looking to gain fuel independence. Unfortunately, many methods suggested by FEMA and other organizations do not meet current needs let alone address complexities that will occur in a catastrophic situation.

For example, if you are thinking about making methanol from table scraps, it is important to be aware of the risks and benefits so that you can develop a more successful strategy.

PRO: Can Be Produced at Any Time

Unlike coal, oil, and waiting for trees to grow, it is fairly easy to obtain the raw materials for making methanol. No matter whether you use meat or vegetable based tabled scraps, or any other kind of biomass, it tends to be easier to obtain these materials than others.

In addition, if small groups of survivors make their own methanol, it will be easier to create a custom system that will produce just enough fuel to take care of daily needs.

CON: Must Choose Between Composting for Food Production and Making Fuel

{adinserter usdeception}In the United States alone, 30% of all food brought into the home goes out as waste. Fruits and vegetables rot in the refrigerator, meat is routinely thrown out after cooking, and cans of food sit on shelves for years on end.

From that perspective, it is fairly easy to see why some people might think that there will be more than enough food for people and plenty of scraps left over for fuel. Unfortunately, we are already seeing the failure of that paradigm in the form of rising food costs caused by increased reliance on ethanol for motor vehicle fuel.

Once a major collapse occurs, food will become scarcer, which will cause people to leave fewer scraps behind. This, in turn, makes it much harder to set aside enough biomass for ethanol production. Even if you make allowances for composted material producing methane, you may still not have enough biomass on hand to meet fuel and fertilizer production needs.

PRO: Can Be Used for Many Purposes

When it comes to operating a vehicle on efficient fuels, few can rival methanol. This is just one of many reasons why people are making a few minor changes to automobile engines so that they can burn methanol instead.

A number of companies are also using methanol for developing fuel cells that will be used for an endless number of power applications.

It is important to realize that menthol also serves many other functions. This includes being used to reduce nitrates in waste water, conversion of fats and oils used for biodiesel into usable fuel, and driving turbines for electricity generation.

When transformed into other compounds, methanol serves as the basis for all kinds of distilled spirits used in solvents, coolants, plastics, paints, and adhesives.

In that respect, if you can develop and maintain an ability to create methanol, then you have a key to redeveloping other technologies that may wind up being lost after a crisis.

If you have ever brewed beer or fermented fruits for wine, then you may be led to believe that creating alcohol is a fairly easy process.

That said, using yeast to produce low amounts of alcohol is very different from distilling wood alcohol (methanol) to usable concentrations. While stories of legendary moonshiners, bootleggers and still operators may sound practical (and just a bit amusing), it is important to realize that equipment failures can be very common even in the best of times.

This problem is compounded even more when you are dealing with wood alcohol because it easily corrodes metals that may be safe to use for ethanol distilling. Here are just a few things that can happen during the distilling process:

If you have ever composted table scraps for the garden, then you realize that the process releases a good bit of methane. Overall, for home based energy systems, it is a bit easier to capture the methane and then store it in tanks.

At the very least, if you cannot complete the process of converting methane to methanol, you will still have a usable form of fuel on hand for cooking and heating.

Today, most people interested in making methanol use a distillation method that requires a good bit of fuel to produce heat. Even though there are many bacteria that convert biomass to methane, fewer strains are capable of creating menthol.

While methanol bacteria may be available for industrial applications, it tends to be very hard to get them if you are a home based consumer.

There are also some fairly new processes that revolve around using copper-zeolites and other materials to create methanol without using a high-temperature distillation process. Unfortunately, this type of zeolite is also very expensive and difficult, if not impossible to get ahold of.

As you learn more about different processes used to create methanol, you will find they either cost a lot of money or the equipment is a bit dangerous to set up and use.

Overall, it can be said that learning how to make methanol safely and efficiently is going to be very important for survival after social collapse. That said, you will also need to be very careful when building and testing out any given apparatus.

Perhaps it can best be said that this is the type of project best approached by a community of survivors as opposed to just one family or a few people living in isolated areas.

In the later cases, there are other fuels that will work better and meet your needs with fewer health and safety risks.