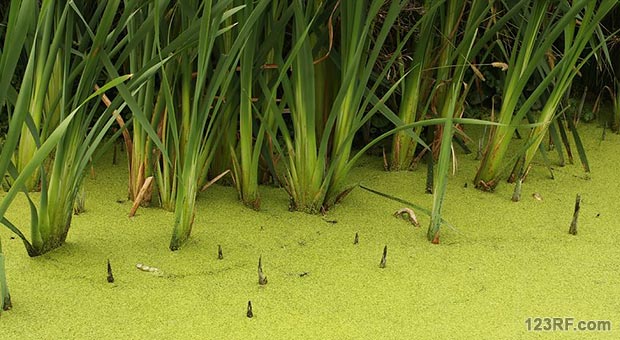 7 Reasons Why Algae Are Survival Superweeds

If SHTF, the need to utilize unusual resources will arise. Protein supplies may run short, vitamin-rich food sources may be scarce, and water may be polluted. What if there was one easy-to-cultivate, sustainable resource that could help with all of that? Well, there is. Today we’re going to discuss several smart uses for algae for survival.

That’s right – we said algae. The green and brown stuff that grows in your pond and in the ocean. For that matter, it grows just about anywhere that there’s water and sunshine, and it’s a wonderful, multi-purpose resource.

1. Algae Protects You From Radiation 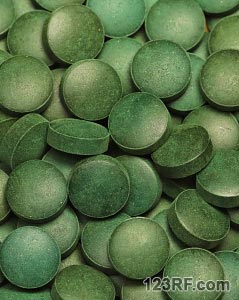 This isn’t just an experimental suggestion; it’s fact. Two algaes, chlorella and spirulina, have both shown to effectively remove radioactive particles from human bodies. Clean up crews who worked at Chernobyl were treated using a regimen that included spirulina and their debilitated conditions improved.

Chorella and spirulina have both been tested by several different international research facilities for use detoxing and even preventing radiation damage after exposure and both were effective, though spirulina was the one that got the final approval for protecting you from harmful radiation.

Another algae, Closterium moniliferum, has been proven to effectively and economically clean up nuclear waste from water. It’s perfect for removing a particularly dangerous isotope, strontium 90, that lingers for extended periods of time in water. It’s been tested and proven to remove this from the water used for storing used reactor fuel rods. This could be a particularly useful, smart use of algae after a nuclear attack.

This helps keep toxins from building up in your gut. In a survival situation, this could possibly help maintain gut health if you drink or eat something questionable.

3. Algae Converts to Biofuel and Biomass

Algae can be grown in places such as swamps that are unusable for crops or homes and produces vastly more viable oil than land crops according to many sources. As a biomass crop, it can be used for heating and even electricity after the oil is extracted. We also wrote here about other biofuels that will come in handy when SHTF.

4. Algae as a Food Supplement 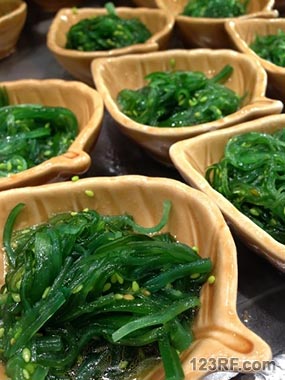 Do you like sushi? If so, you’ve probably eaten algae, aka Nori. That’s just one edible form of algae. Algae is a complete protein that provides all of the essential amino acids involved in metabolic processes that include enzyme and energy production. It’s also a great source of both complex and simple carbs that your body uses as instant energy.

Additionally, algae has several fatty acids including the essential fatty acids omega 3 and 6. Finally, it has extremely bioavailable vitamins, minerals and trace nutrients that your body needs to function and stay healthy.

In short, algae is an excellent food source for both people and animals. If you don’t want to eat it, you can use it as fertilizer because it provides the soil with the same nutrients that it provides your body.

We’ve touched on this in another article but if SHTF and you need to survive, you’re going to need clean water and air. Algae is already being used to purify wastewater in order to reduce chemical use. It’s not much of a stretch to use it to purify drinking water in a survival situation.

It’s easy to grow and doesn’t interfere with other crops. It’s also used in bioreactors to reduce CO2 emissions in the air, so perhaps there would be a use for that, too.

6. Algae as a Stabilizer

Another smart use of algae for survival is as a thickener. You’re going to need to make soap, lotions and medicinal ointments and algae can be used to thicken them.

Chondrus crispus is non-toxic and reacts with the protein caesin in milk so you can thicken ice creams and cream-based soups with it.Alginates, as the thickening agents in algae are called, absorb right into your skin so they’re great for lotions and other skin treatments.

If SHTF on a colossal scale, the production of algae for treating radiation poisoning or for any other use described here may increase exponentially, especially if we have no other viable sources of fuel or even food. It’s conceivable that in a survival situation, algae plants or farms are going to be a big employer. It’s only speculation at this point, but it’s certainly a realistic possibility.

As you can see, there are many smart uses for algae for survival. It’s environmentally friendly and doesn’t take up space needed to grow food. For that matter, it’s a viable food source by itself. It cleans your body of toxins, produces oil and biomass that can be used efficiently and relatively easily, and even cleans water.

What’s not to love? If you have a pond, don’t kill all that green stuff in there – you may need it to survive one day!

And if you need to know more about any of those smart use we’ve already depicted, feel free to ask for more using the comment form below!

Check out this other incredible way of becoming food independent in Pocket Farm.