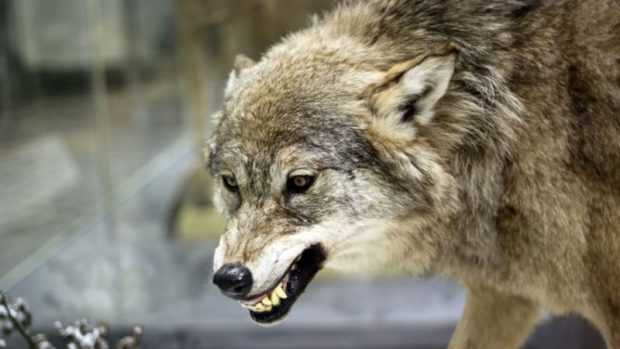 If you are trying to live off the land, or have to because the world nearly ended, you’ll face the wilderness and its challenges.

One of them is encountering a pack of wolves. What do you do when you meet the wolves? First, you’ll try to remember everything you’ve ever heard and learned about surviving them. This is why you need this article. Knowing how to recognize their intent, as well as how to escape the encounter will save you. Keep reading, then keep these 6 tips in your mind!

How to Tell When Wolves are Around

The population of wolves in some areas are increasing to the point where more people are coming into contact with them.

Since wolves tend to be afraid of people, they might hide themselves as soon as they sense your presence, so you might not see them immediately. It can take days to weeks to discover if you are in a wolf pack’s territory

But there are still a few things you can use to determine if wolves have been around: 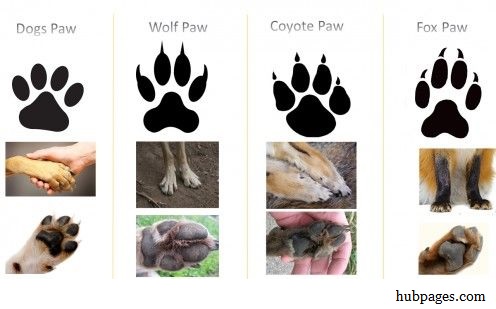 With time and experience in nature, you will more than likely learn how to spot wolf kills. An unconsumed carcass can mean more danger than you expect, especially if it looks like a lone wolf made the kill.

Sadly, rabies epidemics are reaching greater proportions among wolves every year. As with dogs, cats, and other mammals, wolves are highly susceptible to this disease.

Since a wolf pack’s territory can reach over 600 miles, even a single wolf has the potential to reach out and spread this disease to many other animals. Typically, a rabid wolf will either leave the pack or be driven from it.

As they roam around, they will make several kills, and then not eat the meat from them. Therefore, if you see a wolf kill, it is important to be wary of other animals as well as the wolves themselves.

Rabies can be a tricky disease to spot in the early stages, and you will not want to come down with it because you ate an animal that has this disease.

What Each Animals Position in the Pack Means

Wolves are highly social animals that travel together in family groups. 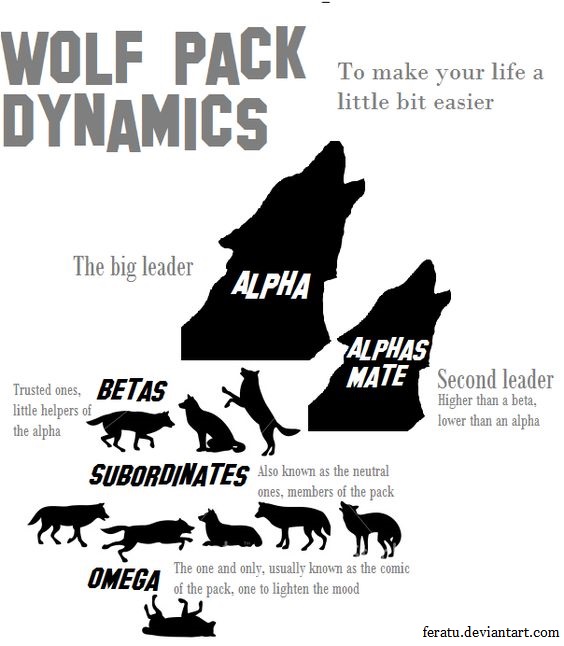 Even though there is no such thing as a wolf that serves as a leader, there is a male and female alpha for each pack that the rest of the wolves will follow. The alphas are also the ones most likely to mate and rear pups successfully to adulthood. In addition, as long as an alpha male and female mated pair are alive, they will remain monogamous.

If the genetic relationship is too close between the alphas, the male may mate with one of the betas instead.

A wolf pack can have between 8 and 15 members, and most wolves fall somewhere between the alphas and the omega and are referred to as beta. These wolves may be male or female, although the male alpha may chase off males that will, in turn, form their own packs.

Depending on the age or other characteristics of the alphas, the beta wolves may become alphas, or switch back and forth at any time. Typically, the change of command is fairly peaceful, although wolves can fight physically. In most cases, wolves achieve alpha status, however, though personality and communication.

Finally, the lowest ranking wolf in the pack is the omega. These may be the youngest wolves in the pack, and are often treated with the most aggression by the others. It’s not unusual for omegas to eventually leave the pack and try to form their own.

Even though wolves are relatively peaceful among members of their own pack, they will join together and defend their territory from other wolves as well as other animals. In fact, they will even gather and attack bears, cougars, and other animals closer to the top of the food chain. This includes humans.

How to Escape if Wolves Approach You

Generally, there are two basic kinds of wild animal attacks:

Let’s see how these two situations apply to wolves.

When you have wolves approaching, it may be very tempting to try and run away. Remember that wolves run faster than you, and it will be impossible to escape them. To make matters worse, once you turn your back on them, they will charge on you all the faster.

Consider that dogs also have a similar instinct when it comes to perceiving the difference between prey and something that is dominant over them. Dogs will chase cars, humans, and other animals because anything that is fleeing away from them is fair game. The very act of fleeing triggers, in dogs and wolves, predatory instincts even if what they are pursuing is actually bigger and stronger than them.

Instead of running away, the best thing you can do is make yourself seem as big and threatening as possible. You can yell, jump up and down, throw things, and make other loud noises.

One of the most important things you can do in an encounter with wolves is make sure that you keep eye contact with them without staring. Remember, among themselves, it is body language and psychological means that are used to achieve dominance, not physical conflict.

Avoid allowing the wolves to circle behind you. Towards that end, you must always be aware of where each wolf in the pack is, and how it is moving in relation to the others and you. If at all possible, move towards an area, such as a gate, where you can go through, but the wolves will be unable to get behind you, and, eventually, unable to follow you.

STAY CALM. Wolves have an incredible sense of smell, and can literally smell fear. If they catch a smell that indicates fear, they will perceive you as prey and may just decide to attack.

To escape the wolves completely, you will need to back up until you find a useful way to get a way from the wolves – climbing a tree, getting into a vehicle, or getting into some other shelter that the wolves cannot get into.

If the pack is hungry, or want to eat you later on, they may stay around for a good while, or try to get at you. Unless you completely leave the area, count yourself still in danger. No matter whether the wolves appear again in hours, days, or weeks, you must never forget that another, and more dangerous encounter may occur.

If you survive an initial encounter with wolves, but your safe area is surrounded, you will need to find some weapons to protect yourself with. Among other things, you can try building a fire. You should also know how to make spears, throwing knives, and other weapons that can be used to kill or injure the wolves. Needless to say, if you can make contact with others, it will be a good idea to alert them to your situation and ask for help.

When a Wolf Attacks

No matter how hard you try, it may not be possible to avoid being attacked by wolves. As with dogs and other related animals, a wolf will seek to knock you down and bite. Wolves will also attack as a group, which makes it much harder to defend yourself. Nevertheless, here are some things to do for your salvation:

Other Things to Avoid

Most of attacks occur because someone, somewhere may have fed the wolves or done something else to cause them to lose their fear of humans.

Avoid feeding wolves or encouraging them to be around humans. No matter how much of an “animal person” you may think you are, there is a time and a place where these actions are irresponsible and endanger you as well as others.

This includes endangering the wolves themselves because once people learn an attack has occurred, there will be a move to hunt down and slaughter the entire pack.

Remember, the wolves did not ask for your presence, and if you or other encourage them, they will do as their nature dictates. It is one thing to encourage a wolf that lives in captivity or has a documented and accepted close contact with humans and seeking to do this with adult wolves in the wild.

For the most part, you will find that wolves are truly beautiful and intelligent creatures as long as you understand their role and yours in nature. But if you happen to encounter wolves, or are attacked by them, the situation can be extremely dangerous.

You have to think fast to find the best way to survive. Would you know how to do it?